Identity of novel with telepath/telekinetic artist

In the middle of the novel there is an expensive artist, who caters to the rich. He can telepathically see images inside the minds of his clients. For a hefty fee he can take a special sphere filled with colored specks, telekinetically move the specks to make a three-dee representation of the image haunting his client, then hit the button to freeze the specks to make a permanent image.

In the story, the current client is a young boy who has a nightmare of some ghastly squid or octopus-like creature. The boy's wealthy father sends him to the artist to make a sphere image of the monster, to help the boy get over his nightmare. The boy is quite pleased with the representation, says it looks just like his nightmare.

As it turns out the artist is also a secret agent for another interstellar empire. He needs to send a message to the foreign empire he is pretending to be a citizen of.

So the artist makes a second sphere containing the squid monster, superimposed on top of a star map of the foreign interstellar empire. He secretly sends it to the local government representative along with a threatening note.

This is "To Die in Italbar; A Dark Traveling" by Roger Zelazny.

The best summery I can find that addresses the telekinetic dream sculptures is in slightlybetterbooks.com.

Malacar Miles and his telepath Shind - now living the life of space-travelling terrorists, refusing to accept that the Combined Leagues won the war against the DYNAB planets - are travelling round blowing up Combined League buildings, technologies, assets and people. Malacar used to be DYNAB's Fourth Fleet commander and shows no signs of stopping his (now personal) fight. His former crewmates, particularly Michael of Honsi, are worried that one day he may go too far and pull off such a huge disaster that it will cause large scale inter-planetary war all over again. He has to be stopped and only one person has the potential to do that - a former colleague-turned telepathic artist (he creates colourful crystal sculptures from telepathically entering client's dreams): John Morwin. John Morwin is just about the only friend that Malacar still has and who still visits to him; he is possibly the only person Malacar still listens to. 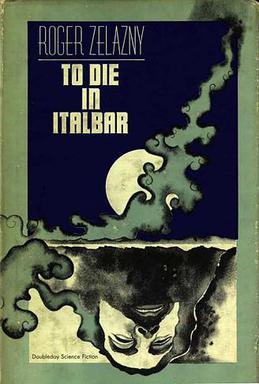 5
Movie or TV series' episode, where psychics with telekinetic power deal with supernatural enemies
11
Novel about a teleportation device and a con artist alien
10
Story identification: Girl with telekinetic powers
11
Movie about a boy with telekinetic powers
8
Trying to identify an old novel about an artist with only one year left to visit new worlds
12
Novel centered on question of identity, man with replaced skull and hands
29
Novel: non-telepath helps overthrow rule by telepaths
7
Planet, Telekinetic Alien Race, City with a “Shimmering” skyline