Name of a book involving language learning and alien invasion

I have only vague memories of this book:

Help? Probably 1970s ish? Or was it a short story perhaps in Galaxy?

Could you be thinking of Gordon R. Dickson's 1987 Way of the Pilgrim? 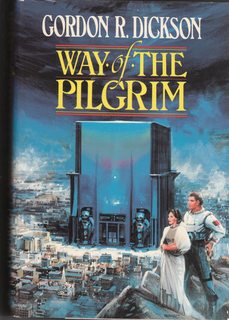 Shane, a gifted linguist, has spent his life learning the language of the old and powerful alien race that has conquered Earth. He has learned it so well that the interstellar masters, old hands at enslaving planets, regard him as a valuable servant.

But Shane has a secret. One day, in a rebellious moment, he invented The Pilgrim: a mysterious figure who incites rebellion and vanishes unseen, leaving a distinctive icon behind him.

Now the human underground is preparing to rebel. Shane knows how hopeless their rebellion will be. He knows, as well, that he will be unable to keep himself from taking part.

I don't remember a scene with him specifically using "Obey" in the alien language, but as a servant to the rulers of Earth, he does occasionally bluff guards and others by implying he's on official business.

However, Lostinfrance added a comment saying that that scene, as well as the one about the children, are present in the book:

@Sheri Wells-Jensen I've got Way of the Pilgrim. It does have the scenes you recall. In Ch. 6 the aliens (called Aalaag) discuss bringing human children into their households so the children would grow up to understand their language. When the MC, Shane Evert, says that for it to work the Aalag would have to interact with the children, they are disgusted by the idea of treating them almost as equals. In Ch. 21 Shane, yells "Obey! You hear me? Obey!" to an Egyptian policeman in the alien language and gets instant obedience allowing him and some Resistance members to escape a roadblock.

Parts of it were released as short stories starting in 1974 such as "Enter a Pilgrim", "The Cloak and the Staff", "House of Weapons", and "See Now, a Pilgrim" in various magazines, although the book itself seems to have only been serialized in an Italian magazine.

Not the answer you're looking for? Browse other questions tagged story-identification languages or ask your own question.

14
What Sci-Fi book (1987 or older) had Aliens conquer earth and made Humans their slaves?
9
Short Story about aliens outlawing cars