What exactly changed during the second rebellion in which the Capitol was overthrown?

During the second rebellion, the Capitol was still more powerful than all Districts combined. The difference should be even more because of continuous oppression of Districts by the Capitol. Individual Districts were forced to be no-creative labour workforce while the Capitol flourished in every aspect (which includes military research).

The only thing special this time was Mockingjay. 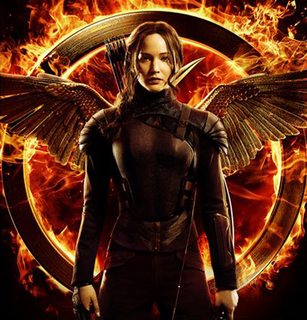 But, she merely acted to unite the Districts. Last time, Districts were already united even to a greater extent. So, she was also not an advantage.

What exactly changed during the second rebellion that the Capitol lost? What prevented Capitol from nuking Districts this time? How did rebellions overcome Capitol's military might?

In the first rebellion, District Thirteen was allowed to survive cut off from the rest of civilisation, only because the Capitol feared the repercussions of destroying it completely.

During the Dark Days, the rebels in 13 wrested control from the government forces, trained their nuclear missiles on the Capitol, and then struck a bargain: They would play dead in exchange for being left alone. The Capitol had another nuclear arsenal out west, but it couldn't attack 13 without certain retaliation. It was forced to accept 13's deal. The Capitol demolished the visible remains of the district and cut off all access from the outside. Perhaps the Capitol's leaders thought that, without help, 13 would die off on its own. It almost did a few times, but it always managed to pull through due to strict sharing of resources, strenuous discipline, and constant vigilance against any further attacks from the Capitol.

But instead of dying off, Thirteen spent the next seventy-five years preparing for another war. They built up their arsenal and devoted themselves to the downfall of the Capitol, who could do nothing to harm them underground. Meanwhile, the Capitol grew fat and complacent while living on the backs of the other districts - but still easily powerful enough to keep them suppressed. Without the strength of Thirteen, the war would have been lost almost before it started.

Never forget that the Hunger Games series is more of a propaganda story than a war story - or rather, it emphasises that what's truly important in war is propaganda. We know nothing about this aspect of the first rebellion, but it's safe to say that just as in the real world, propaganda techniques developed a great deal during seventy-five years.

Certainly in the second rebellion, one of the greatest propagandists of the Capitol defected to District Thirteen. From being Head Gamemaker (in charge of the biggest propaganda event in Capitol-run society), he became the de facto head of propaganda for the rebellion, and finally betrayed Coin just as he'd betrayed Snow when he set Katniss up to execute her. I'm talking, of course, about Plutarch Heavensbee, the real behind-the-scenes mastermind of events throughout the series.

Yes, Katniss was an important part of the propos for the rebellion. But she was only the face on the screen. The most vital part was the minds behind the propos: the mind which knew what to say to whom, how to influence the masses in the districts to rise up, how to fool Snow into watching them instead of the real threat in Thirteen. The effectiveness of the latter ploy can be seen in Snow's words to Katniss towards the end:

"I wasn't watching Coin. I was watching you, Mockingjay. And you were watching me. I'm afraid we have both been played for fools."

Never underestimate the power of propaganda. This is one of the most important messages of the whole Hunger Games series.

From the information available, what exactly changed during the 2nd Rebellion where the rebels won, was that by the time the rebels invaded the Capitol, the Capitol's military had already been decimated. With the bombing of the Nut (the Capitol's military headquarters) in District 2, the Capitol's control over Panem was pretty much over at this point (except for the city itself, of course!). In the film, following the bombing of the Nut, resulting in the Capitol losing what President Snow described as their "best troops", Snow himself acknowledged that the game was over at that point, and that they were toasting "a glorious era, coming to its bitter end". At that point, Snow began making preparations to face the rebels in the invasion of the Capitol, ordering his officials to ready anti-aircraft defenses, and the Gamemakers set up pods to cause large numbers of deaths to the rebel forces.

So, in conclusion, the turning point for the Second Rebellion was when the rebels launched airstrikes on the mountains surrounding the Nut in D2, triggering avalanches, burying the military base, and having nearly completely destroyed the Capitol's military (the air force of the Capitol was done, by this point). THIS is what sealed the Capitol's fate, and led to the war turning in favor of the rebellion.

Maybe the Capitol had other military bases too, elsewhere throughout Panem?

To be honest, not much information regarding the First Rebellion is available. But according to an article about the First Rebellion from the Hunger Games Wikia (http://thehungergames.wikia.com/wiki/First_Rebellion), the rebels, "with support from District 13 and their military arsenal, were presumably able to fight on par with the Capitol's military forces."

However, in the first book, Katniss mentions "The mountains (the Rockies) form a natural barrier between the Capitol and the eastern districts. It is almost impossible to enter from the east except through the tunnels. This geographical advantage was a major factor in the districts losing the war that led to my being a tribute today. Since the rebels had to scale the mountains, they were easy targets for the Capitol’s air forces." According to the Hunger Games Wikia, "this loss presumably had a devastating impact on the rebel war effort and very likely led to the war turning in favor for the Capitol."

In the second rebellion, by the time the rebels begin the invasion of the Capitol, the Capitol's air force and military was largely decimated, through the bombing of the Nut (the Capitol's primary military base) in District 2. With their military crippled, this allowed the Capitol to be easily invaded and overrun by the rebels, as the Capitol no longer had the means to defend itself. Following the bombing of the Nut in the movie (Mockingjay Part 2), President Snow admitted that the war was lost to the Capitol at that point, and that they were "celebrating a glorious era, coming to its bitter end".

-1
How could the Capitol use nuclear weapons against District 13 provided that “Mutual Assured Destruction” doctrine was in place?