In what language are the original Jedi texts?

The temple on Ahch-To contains several books that Luke identifies as being the original texts of the Jedi Order.

In what language (or languages) are these texts written? I noticed that we never see any of the characters reading the books (only admiring them), which leads me to believe that they might not be sufficiently literate in the applicable language(s) to read them. Is this ever explained anywhere? Can the books be read directly through the Force? Does Luke have language learning materials somewhere on the island? Can C-3PO translate them (he does speak six million languages after all)?

The texts are a mish-mash of ancient and obsolete languages, according to the Rise of Skywalker Visual Dictionary. Additionally, they were added to (and annotated) over the course of thousands of years by hundred of Jedi, creating an almost entirely unreadable jumble.

Very little of the Jedi scripture is readily legible — it must first be translated from archaic languages into modern Galactic Basic. Using simple translation programs available on most datapads, Rey can follow the words, though she recognizes this approach sacrifices nuance. She must trust her feelings when it comes to translating less concrete, more metaphysical concepts, of which there are many. Beaumont Kin, a historian and linguist in the Resistance ranks, offers his expertise on some of the densest sections of obscure, technical text. C-3PO is always eager to help, but is likely to spend as much time detailing the rules of grammatical construction and proper tense as he is explaining the meanings of the words he uncovers.

Specific languages include Protobesh (possibly a precursor to Aurabesh) and Coremaic as well as Luke's own notes in Galactic Standard Aurabesh. 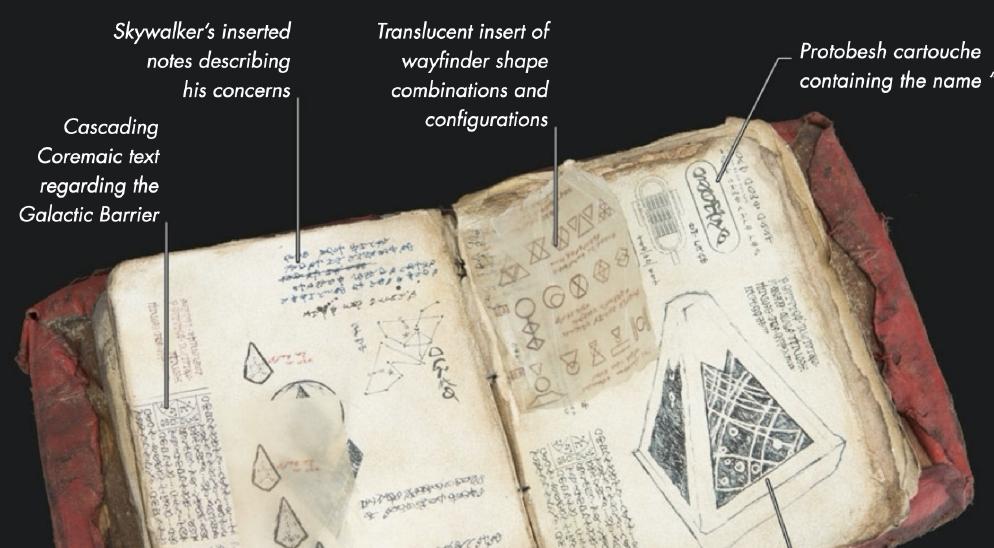 In short, we don't know. In the next film we may see inside the books and answer the question in a more definitive way, but it seems likely that we're going to find out that the books are written in Aurabesh, written Galactic Standard.

The Visual Dictionary states that Luke assembled this collection in his quest to explore the remains of the Jedi, implying that they were neither written at the same time, nor kept together.

Luke's travels have allowed him to collect and assemble ancient scriptures containing lost Jedi wisdom and abilities. Actual books such as these are a true primitive rarity.

Since the earliest Jedi lived (tens of?) thousands of years BBY, it stretches credulity that these are the literal earliest writings of the Jedi given their condition, differing book sizes and binding styles.

Given that these are likely to be copies of copies of copies (ad infinitum) and like many copies of sacred texts, more than likely to have been translated into a more accessible languages, and given that Aurabesh predates both the first Jedi and hyperspatial travel itself (at least within the Legends canon) there's really no good reason to assume that they weren't just written in plain, boring old Aurabesh or, if they were originally written in another less accessible language, subsequently translated into Aurabesh over the millennia. 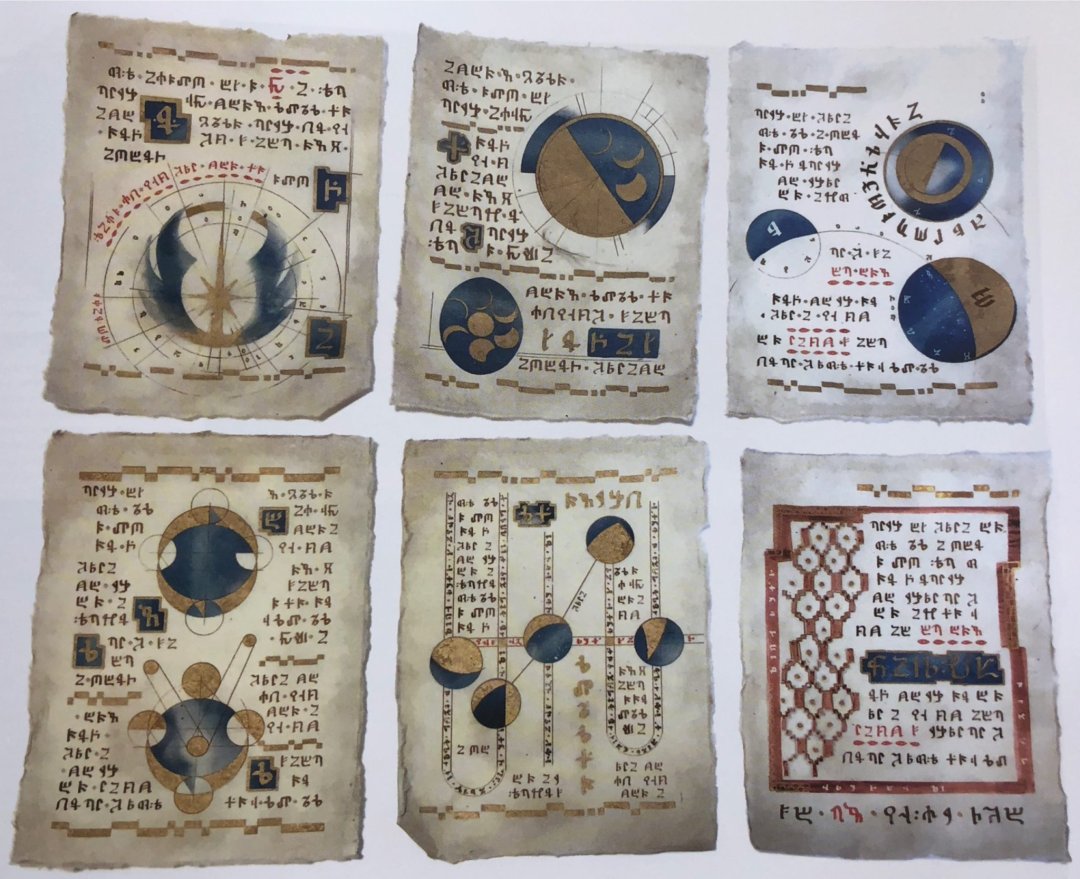 I found these images in the Art of the Last Jedi.

According to starwars.fandom.com "The texts were written in a number of languages, including Tionese, Coremaic, Protobesh, and Basic"

Not the answer you're looking for? Browse other questions tagged star-wars jedi languages the-last-jedi or ask your own question.

34
What is Yoda's native language?
18
Doesn't the refined version of the Jedi Code mean the exact opposite of the original code?
11
What language do the Kanjiklub speak?
3
Are the Jedi citizens of the galaxy?
21
Which predictions of The Last Jedi: Darths & Droids Bingo were correct?
16
Does Yoda know the contents of the sacred Jedi texts?
9
Who are the "Last Jedi"?
8
What was the Resistance's original plan for the siege cannon in The Last Jedi?