Does Lore have a penis?

I just finished watching TNG: "Datalore". When they found Lore's body parts I saw no genitals. 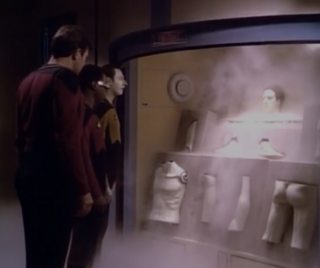 If Data was built after why would Soong put them on him but not B-4 and Lore? Lore is basically the same as Data so why would he not put them on Lore?

In-universe, it's not made clear whether Lore does or doesn't have genitalia, but the fact that Lore is confident that he can pass for Data, and the fact that no-one comments on this fairly major anatomical difference when they're discussing Data and Lore's capacities would strongly suggest that Lore is also anatomically correct and in every other way largely identical to Lore save for a few inconsequential differences (removable ears, for example).

Additionally, when we see him disassembled, his groin is facing into the foam padding. It's likely that having his lower half packed this way was an intentional packing choice on the part of Soong, who we know was keen to preserve the modesty of his robots from the other colonists. There are also parts of him, including his right hand, that are out of frame entirely and not seen until later scenes after he's been assembled. 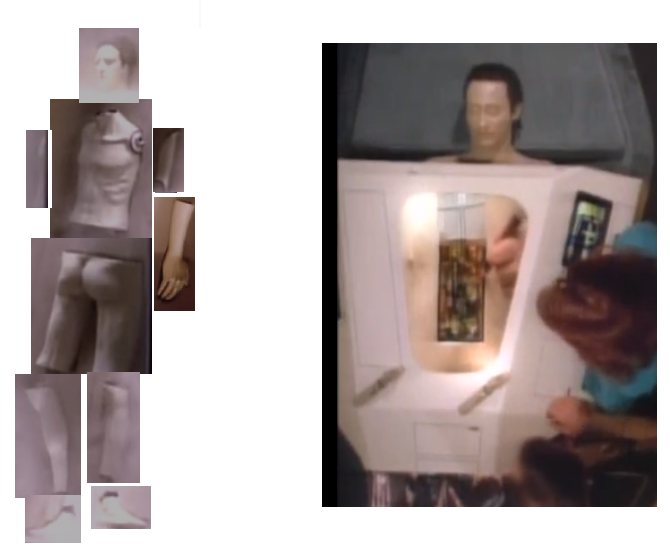 Out-of-universe, you can't show a penis on Network Television on a prime time show aimed at children.

Material is indecent if, in context, it depicts or describes sexual or excretory organs or activities in terms patently offensive as measured by contemporary community standards for the broadcast medium.

29
Did Data have enough memory or “hard drive space”?
9
How could Data kill that Borg in Descent P1?
16
Why does Data not notice the intruder?
3
Any Jeffrey Nordling appearance in Star Trek The Next Generation?
60
Did Data murder Lore?
82
Does Data need to cut his hair?
43
How can Data be property of Starfleet?
31
How does Data know about his off switch?