Who is this superhero/villain in the picture?

I found this miniature of a superhero or villain. It's costume looks like a mix of Red Robin, The Owl and Moon Knight, but I can't figure out who he is. Does anyone know? 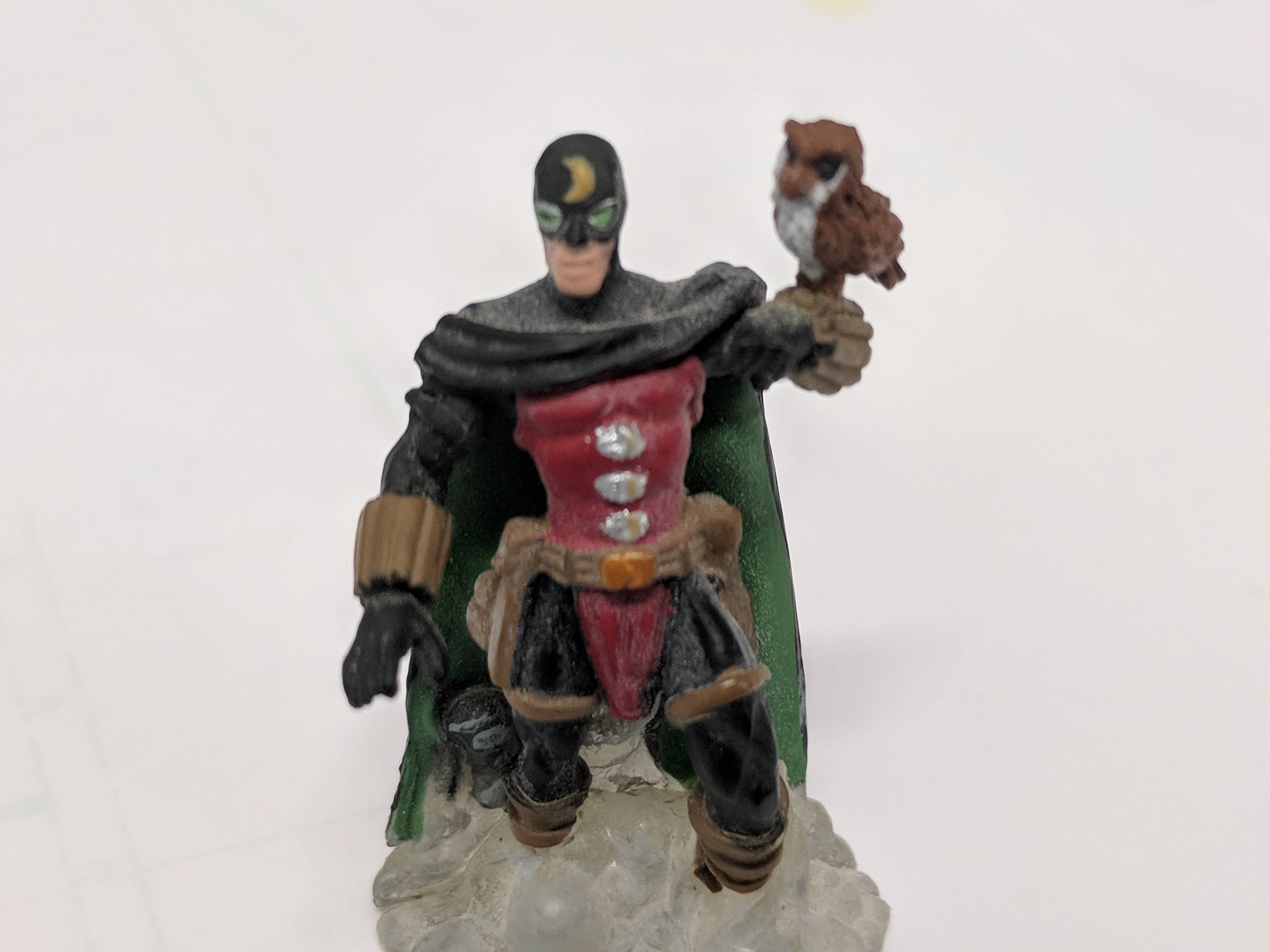 This is Doctor Mid-Nite. Has the owl, crescent moon, and red tunic.

This appears to be Doctor Mid-Nite 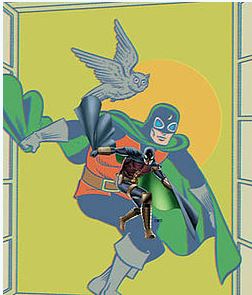 As noted by RDFozz in the comments the foreground image above appears to the the Pieter Cross version of Doctor Mid-Nite which resembles your figure, while the background appears to be the Charles McNider version. The Beth Chapel version maintains the black cowl with the crescent moon but otherwise is very different from the other two:

All three versions of Doctor Mid-Nite have exhibited the same basic features: a cowled costume featuring a crescent moon symbol, keen ability to see in the darkness at the cost of near or total blindness in sunlight, the use of special visors and “blackout” smoke bombs to gain tactical advantage in combat, a high degree of skill in martial arts, and jobs as physicians serving both normal human beings and "metahuman" superheroes. Additionally, two of the doctors have been accompanied by sidekick owls.

Not the answer you're looking for? Browse other questions tagged dc super-hero or ask your own question.

10
Live action Australian/New Zealand superhero kids show from mid-2000s
3
Batman (1966) episode where they're stuck in a room?
6
Super villain with handlebar moustache and super strength
18
Can anyone recognise this Batman villain?
8
Is this scene from Batman v Superman trailer from comics?
5
Who are the first Superhero and Supervillain with costume and dual identities?
26
Looking for comic about female superhero who loses her powers
9
Is there a tactical purpose for the hole in Power Girl's costume?
3
Superhero cartoon where a blue-and-white alien combines with the hero