Are there vampires in Star Wars?

Are there vampires in Star Wars?

(I was prompted to ask by this answer)

Yes. They are the species called Anzati.

A very good writeup about them can be found here:

The Anzati are an alien race in the Star Wars universe probably inspired by vampires. These mysterious aliens have many characteristics in common with vampires: they hunger for the life force of other beings, subdue their victims with mind control, live for millennia, are incredibly fast and strong, and have no pulse.

Curiously enough, they appear to be even G-canon (well... may be... I will ask that as a separate question)!

The first Anzati in Star Wars canon was Dannik Jerriko, a bounty hunter who appeared in the Cantina Scene in Episode IV: A New Hope. His backstory is explored in the short story "Soup's On: The Pipe Smoker's Tale," by Jennifer Roberson, which appears in the short story collection Tales from the Mos Eisley Cantina (Bantam Spectra, 1995).

Vampires (of varying descriptions) appear throughout the Star Wars canon but NOT in the film canon, except through EU additions.

These are found in the Star Wars : Clone Wars canon;

Energy vampires were creatures who drained the life forces of others, by way of biting their enemies in order to feed. They had retractable serrated claws, elongated teeth, accelerated senses, and enhanced strength and speed. They were able to drain beings of energy to feed as well as turning these beings into mindless zombies; 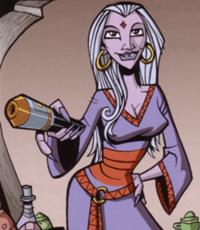 These are intially mentioned in Star Wars : TOR

The Anzati (singular: Anzat) were a dangerous and mysterious Force-sensitive near-Human species with two tentacle-like proboscises that curled out and extended from their cheeks, with which the Anzati were able to feed upon the brains of their prey. With the tentacles retracted into seams along each side of their nose, Anzati were indistinguishable from any other humanoid species in the galaxy. 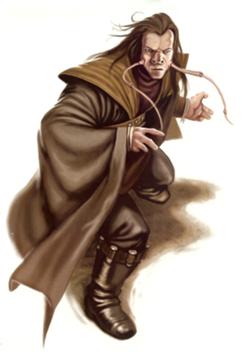 This individual is mentioned in the source book for Star Wars : The Roleplaying Game

The Force Vampire, formerly known as Jedi Knight Tel Angor, was the result of the Order of the Silver Jedi's experiments into creating a living symbol of the light side of the Force. Unfortunately for the Order, the experiments had the exact opposite effect; rather than Angor drawing on the Force to bolster his abilities, the dark side corrupted him completely, turning him into a hideous creature that fed on the Force itself, and indeed needed it to survive. Angor ceased to be himself, and became the Force Vampire.

Not the answer you're looking for? Browse other questions tagged star-wars vampire or ask your own question.

36
Why wasn't Han Solo suspicious when he first dived Into the Asteroid Cave?
5
Are things shown but not named in Star Wars movies still G-level canon?

72
Why are there humans in the Star Wars Universe?
45
Are most Star Wars characters illiterate?
16
Are there vampires in the Star Trek universe?
3
Do vampires show their aging?
8
Do any vampires outside of the Twilight universe sparkle?
3
Are there differences in the new Star Wars canonical map vs previous maps?
25
Does anyone die in Lego Star Wars?