Where did Rocket's repair tool come from?

After the Milano crashed, we saw Rocket repairing the damage using some tool that appears to be a cross between a 3D printer and a paint sprayer: 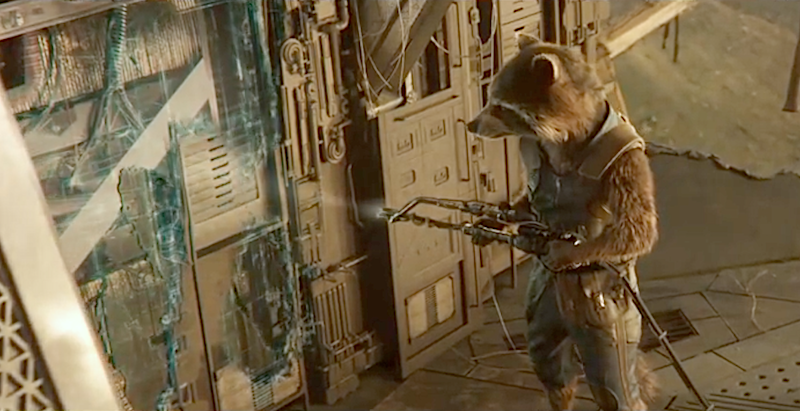 This resembles nothing else we've seen in the MCU thus far, and unfortunately the film goes into absolutely no detail as to what exactly that tool is or where it came from. The script is even less helpful, saying only this:

Rocket is SOLDERING the ship.

What he's doing sure looks more advanced than soldering to me…

So is this tool something Rocket built, or did he acquire it somehow?

I asked James Gunn, the director of Volumes 1 and 2, on Twitter and it turns out Rocket didn’t invent the device. In fact, he stole it (because it was expensive).

Gunn also gave some insight to how it works.

@CarrotLethal: Hello! Did Rocket create the repair tool he uses on the Milano or was it a standard tool? Thanks.

@JamesGunn: He didn't invent it, but it's expensive. It keeps the entire ship in its memory and can recreate all of it or just the damaged parts, similar to an incredibly sophisticated 3D printer. It takes expertise, time, and patience to employ.

@themattblair: It's expensive = he stole it, right?.

@JamesGunn: Yes, he did steal it. 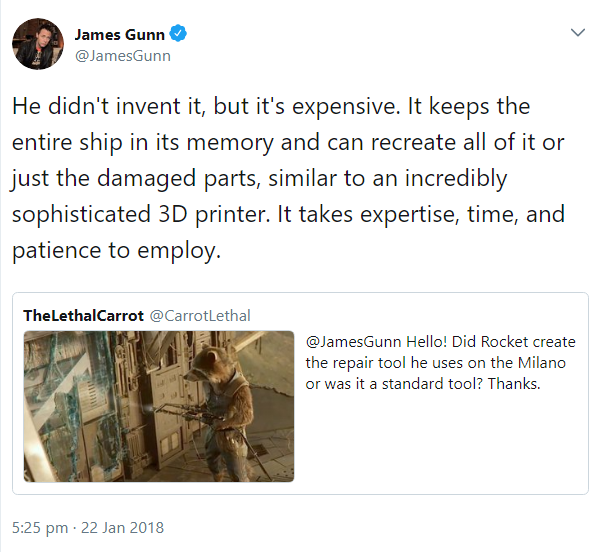