Are there any books I can use to learn about the situation of Westeros right after Aegon's conquest? I am looking for things such as lore supplements or game books.

The World of Ice and Fire - The Targaryen Kings: Aegon I

While The World of Ice and Fire is a book about the entire history of Westeros, a large portion of it based on Aegon's Conquest and the Targaryen Kings. Since this takes place before the TV show, the histories are almost certainly 100% accurate to the Game of Thrones canon, even if the show has a slightly different canon.

You would most likely be interested in the first two/three chapters of the part titled "The Targaryen Kings". This is about the events directly after the conquest during the Reign of Aegon I, Aenys I and Maegor I

Note that because the show uses a different scale of the years (After Landing as opposed to After Conquest) the years might not match up by a value of 2, (if something took place in 1 AC it's probably something like -1 AL) but over the 281 year rule of the Targayens, 2 years doesn't make much difference.

Game of Thrones: "Ultimate Guide" - Histories: Westeros through the ages.

The most canonical resource to the TV shows is the HBO run website www.gameofthrones.com. However the histories provided on the site are very limited, they are really no more than a quick summary of what's provided in the books above. 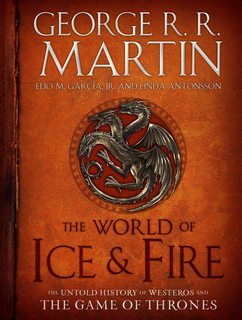 It is not a book, but if you are interested in the show's perspective you can watch the "Histories and Lore" as part of the each season's release on Blu-ray.

Specific features to watch would be (both from Season 1):

In addition Season 7 features "Conquest & Rebellion: An Animated History of the Seven Kingdoms". This feature focuses more on Aegon's conquest divided into 10 chapters.

The down side is they are only available on the Blu-ray editions and not on HBOGO. I have seen some of the features floating around on Youtube, but I can not speak to their accuracy or legality.

12
Where does the background story in A Song of Ice and Fire come from?

22
Why do they still refer to the "Seven Kingdoms" in Game of Thrones?
15
Has Daenerys Targaryen ever learned to wield a weapon so far in ASOIAF?
15
Rumors in the Night's Watch about Valyrian Steel as White Walkers weakness?
8
Real-World Language Analogues in the World of Ice and Fire
12
Did the minor houses in Game of Thrones ever have any 'major' power?
11
Is there any official mention of the show changing the dates in the show to AL from AC?
8
Did the Three-Eyed Raven have a long-standing plan relating to Westeros?