Who is the king in this painting from “Crusader Kings 2: A Game of Thrones” mod?

Playing the Crusader Kings 2: A Game of Thrones mod, I see this loading screen quite a lot: 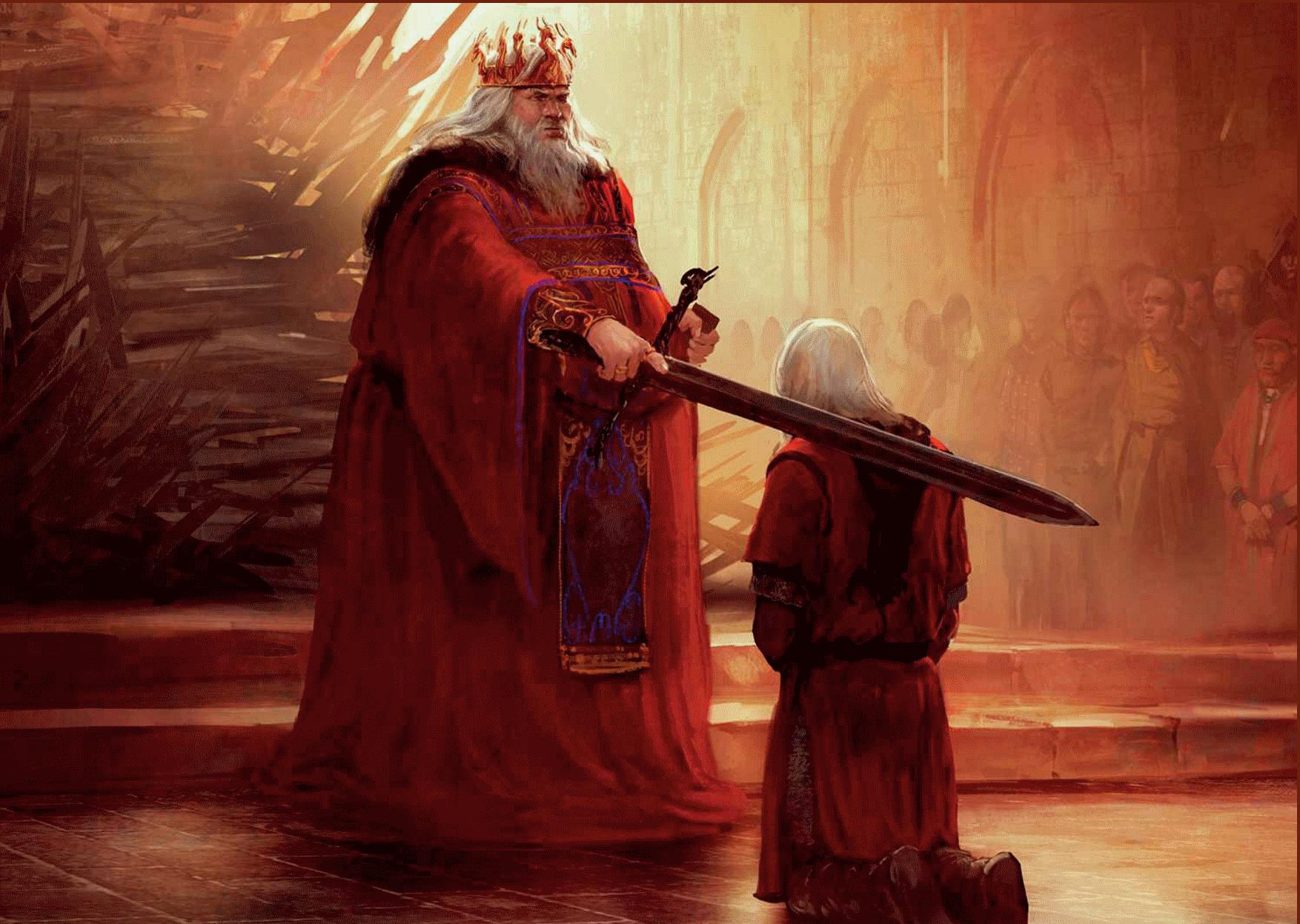 Is this a real king and if so who is it?

That's Aegon IV Targaryen, knighting his bastard son Daemon Waters. He then gave him the sword, Blackfyre, which Daemon took for his name. It's drawn by Marc Simonetti, for The World of Ice and Fire where the caption reads:

The knighting of Daemon Blackfyre by his father, King Aegon IV.

The image and description is also hosted on A Wiki of Ice and Fire.

It is a very real one, King Aegon IV Targaryen, and it's on a loading screen not only because he is an important king but because it's an important event: he is currently knighting his bastard son, Daemon I Blackfyre. After that, he gave him Blackfyre, making him the implicit heir to the throne. This is the first event of the Blackfyre rebellion.

Field of Fire, a battle where Aegon the conqueror won against the Kings of the Rock and Reach. 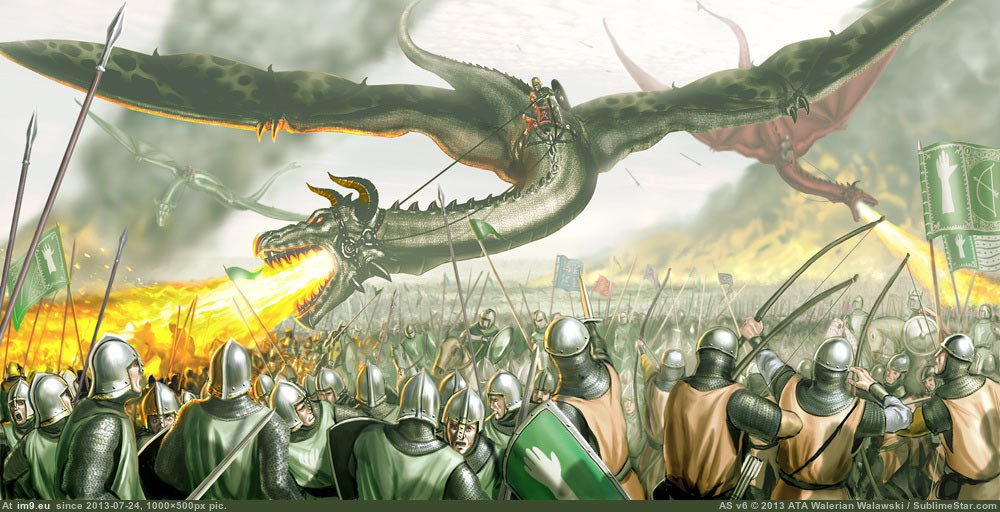