How does General Grievous survive in space?

Near the start of Episode III (and several times throughout the Clone Wars TV series) we see General Grievous waltzing about in the vacuum of space without concern. Yet during his confrontation with Obi-Wan in the same film, it's apparent that not only are his organic eyes completely exposed, his 'internal' organs are open to the air too!

How is he able to survive in space without his eyes popping out and his heart exploding from the lack of pressure?

Per the official novelization, Grievous' organs were enclosed and pressurized:

Grievous, though, had no need to breathe, nor had he any fear of his body fluids boiling in the vacuum-the pressurized synthflesh that enclosed the living parts within his droid exoskeleton saw to that-so he simply rode the storm right out into space until he reached the end of the cable

This is consistent with the films, where (looking closely) we can see his organs (the same ones Obi-Wan later shoots) encased in a greenish-material (click to embiggen):

Even the giant holes in that protective casing appear to be filled by some kind of quasi-permeable membrane, which evidently allows cables to pass through while protecting the internals from vacuum.

Although we don't see it, presumably we're to understand that his eyes are similarly protected.

Grievous' organs are well pressurized and encased in a Duranium chest plating. The book entitled: 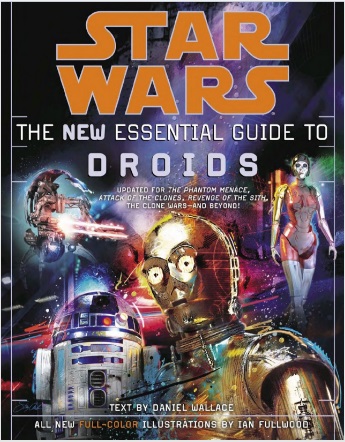 provides these details. Here is a snippet of Grievous' body from the book: 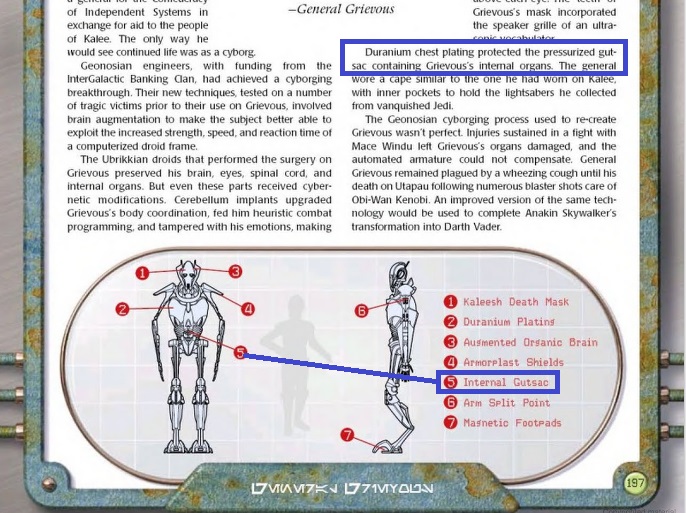 Similarly, his eyes too may well be protected by something similar. After all his Kaleesh Death Mask is quite sturdy and strong.

His eyes are protected by this slimy film that slides over his exposed eye balls. This A, keeps them hydrated so grievous isn’t tempted to blink while in combat and B, protects his eyes from any harm including vacuum, biological weapons (like dioxis) and probably just dust or explosive flash. While this protective film stops grievous from consistently blinking it does not restrict him from closing his eyes.

Oh also grievous’s eyes are partly synthetic thanks to the imbedded advanced combat heads up display used to analyse Jedi fighting forms to create countermeasures. Plus it allows grievous to more effectively coordinate ground units. So being partly synthetic it might just make them more durable than pure unaltered organic eyes

Not the answer you're looking for? Browse other questions tagged star-wars revenge-of-the-sith general-grievous or ask your own question.