What other works swords are in the Iron Throne?

I recently found out that the prop for the Iron Throne contains several swords from other franchises due to the team just re-using old props and moulds from previous films/shows to save money.

Does anyone know what other swords appear in the Iron Throne?

I've had a look around and found a good IGN article on it which identifies 3 swords.

Glamdring, The Lord of The Rings 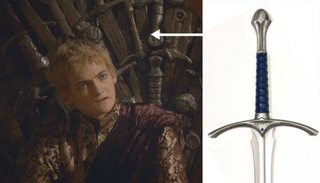 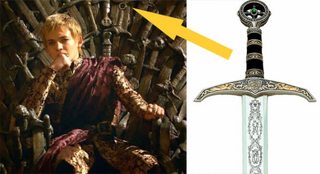 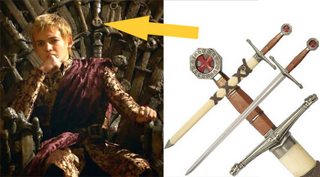 Elio also mentions on reddit that he noticed a lot of other Kingdom of Heaven blades in the throne but I can't see any identifiable ones in there.

Having visited the set during the first season filming, I got a very close look at a protoype of the Throne in a half-completed state that was in their prop room, and I believe you are exactly right that they collected weapon molds from all sorts of sources.
I specifically recall that several of the swords had marks indicating that they had originated from Ridley Scott's Kingdom of Heaven.
Reddt, Elio_Garcia

The above comment by Elio might not be 100% accurate as westerosorg has started a new series called "Westeros.org visits... Northern Ireland Game of Thrones territory". Entry #3 in this has the following information so it isn't entirely clear if these swords made it into the final Iron Throne or just the prototype Elio saw. 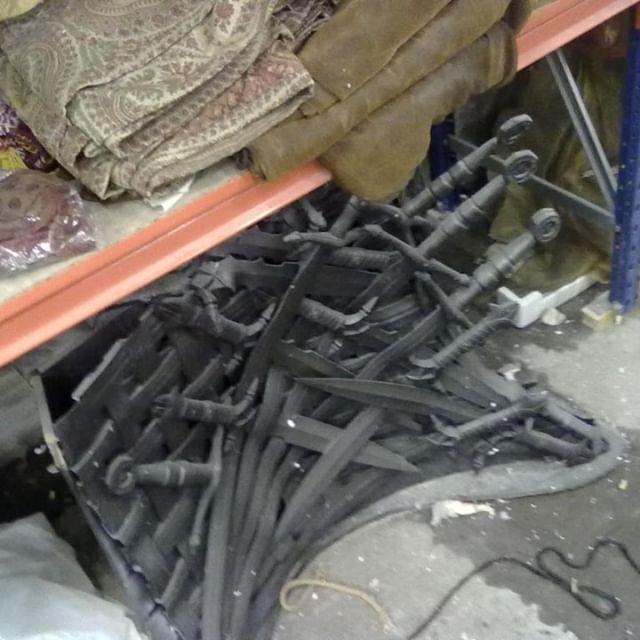 Set Visit entry #3: A piece of an Iron Throne prototype, stored in Props. As I've mentioned before, I got quite a close look at this, and noticed some of them were stamped with "PROPERTY OF KINGDOM OF HEAVEN", meaning they used props from the Ridley Scott film. Rumor has it that Lord of the Rings prop swords also ended up in the throne... #GameOfThrones

Not the answer you're looking for? Browse other questions tagged game-of-thrones behind-the-scenes object-identification or ask your own question.

26
Who is the most legitimate heir of the Iron Throne?
5
Besides Chandler Riggs, did anyone comment on why Jeffrey DeMunn left The Walking Dead?
5
How could this character assert his claim on the iron throne?
12
Where does Theon Greyjoy get the money for his hobbies from?
0
Does Jaime Lannister have any claim to the Iron Throne?
39
How is canon determined for the works set in the world of ASOIAF?
35
What title does a queen's husband get while she's sitting on the Iron Throne?
11
Why did the dragon refuse to cross the Wall in Fire & Blood?