What model of crashed ship is on Ahch-To?

On Ahch-To, there's a brief shot of what appears to be a crashed X-wing, which is presumably how Luke got there, as depicted in this apparent promo image: 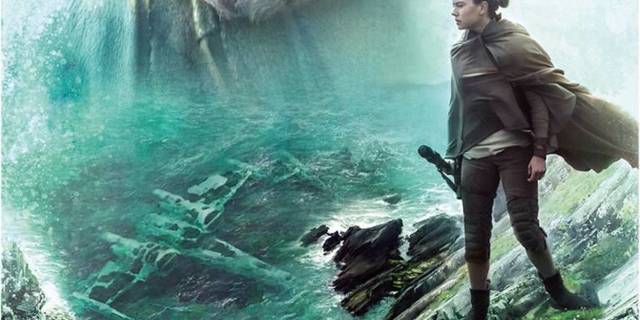 What model of X-wing is it - is it one of the newer split-wing models, or a "classic" X-wing?

Based on my memory of the movie and these excerpts from "The Art of Star Wars: The Last Jedi" I'm inclined to argue that it is, in fact a T-65 X-Wing Starfighter, and not the updated T-70 model. My daughter just received the book as a present, so I'll have to take a look when I get home to verify.

"In February 2013, Doug Chiang painted Luke Skywalker's X-wing starfighter sunk beneath a tropical turquoise sea for The Force Awakens development," the book reads. "The idea would finally bear fruit in July 2014, when Kevin Jenkins returned to the concept in early pitch art. "

"'I wanted to tell a slightly different story: As Rey finds Luke on the island, maybe she stumbles into these caves and upon the X-wing, rather than seeing it from a distance,' Jenkins says," the books reads. "In 2014, he wrote, 'Rey explores the island, trying to understand Luke's self-imposed exile from the universe. She comes across a cave, sunk at high tide within the base of the island. Here she discovers Luke's scuttled T-65 X-wing, rusted and rotting away in the water. It was set alight before it sank. It shows Luke's commitment to his exile, as he destroyed his only means of leaving the planet.' In the end Rian Johnson chose designs more similar to Chiang's initial painting of the sunken starfighter just off the coast of the island." [1]

Another page regarding Luke's hut on Ahch-To states that

The image clearly shows the red striped pattern from the wing of Luke's original T-65. 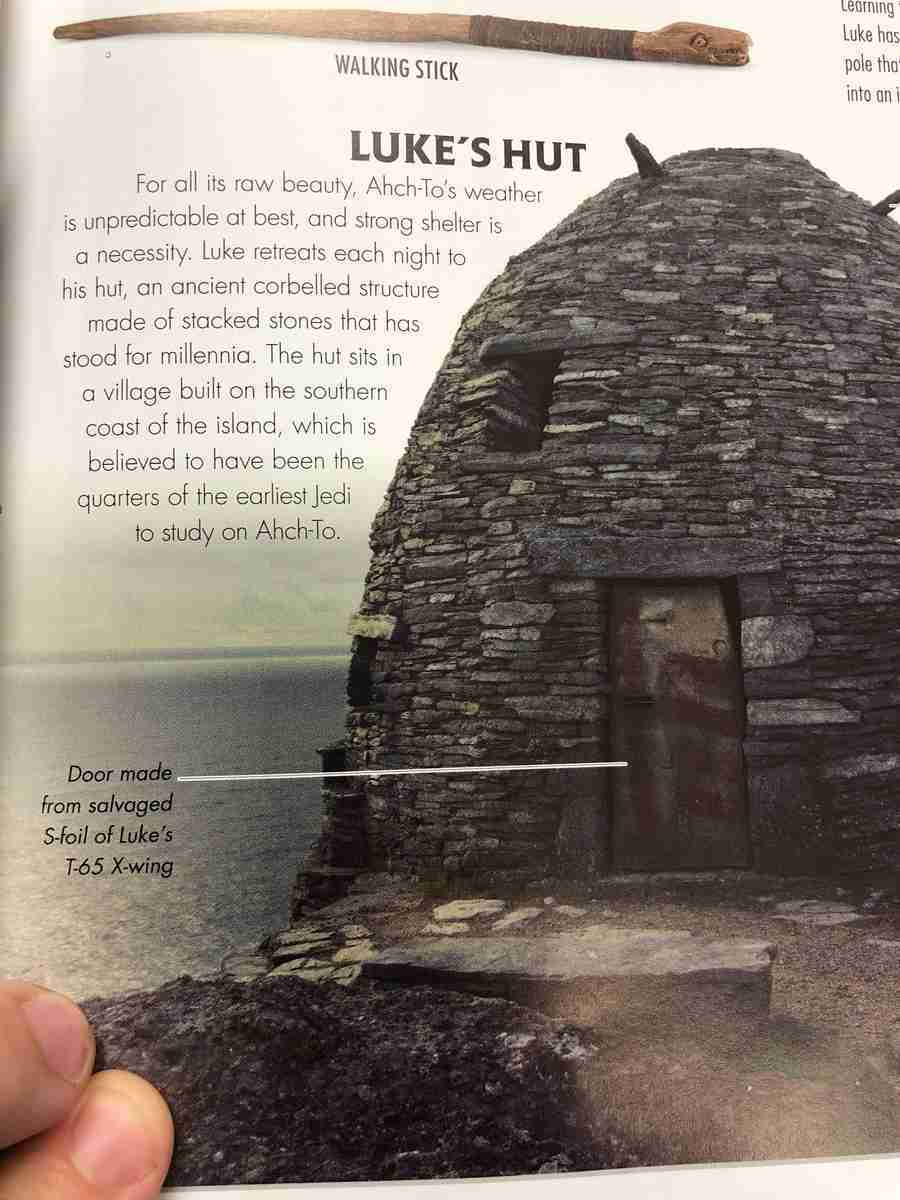 Although I stand by my analysis below, after watching the Rise of Skywalker, it is clearly Luke’s original T-65.

This is purely addressing the picture in the question. It appears the actual ship in the film is at least intended to be an old style T-65 based on reference materials.

If you look at this comparison image of the toy models, and compare the engine nacelles to the one in your picture, it would appear to be a new style T-70 X-Wing where there is a single cylindrical nacelle separated by a horizontal partition where the wings deploy. 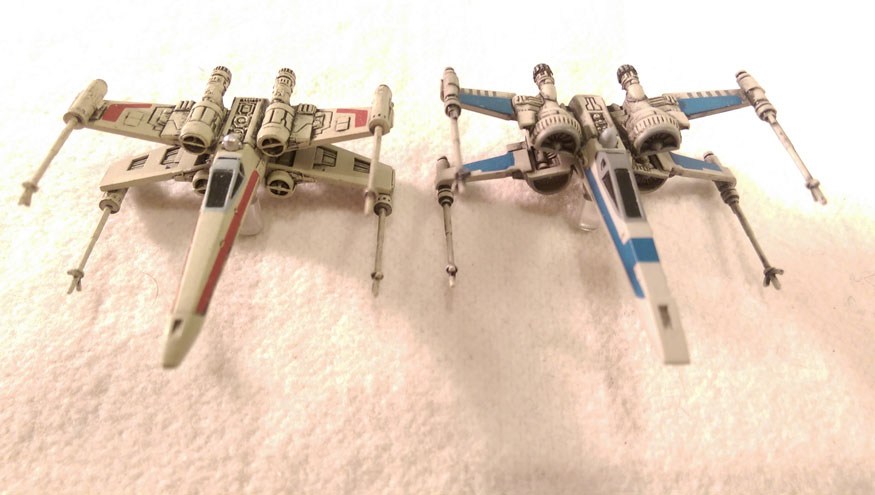 Furthermore, you can see the step shape between the nacelle and the wing which the T-65 does not have. 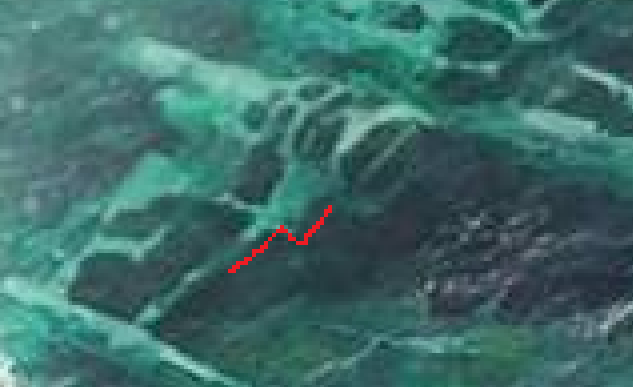 Its a T-65 X-wing starfighter 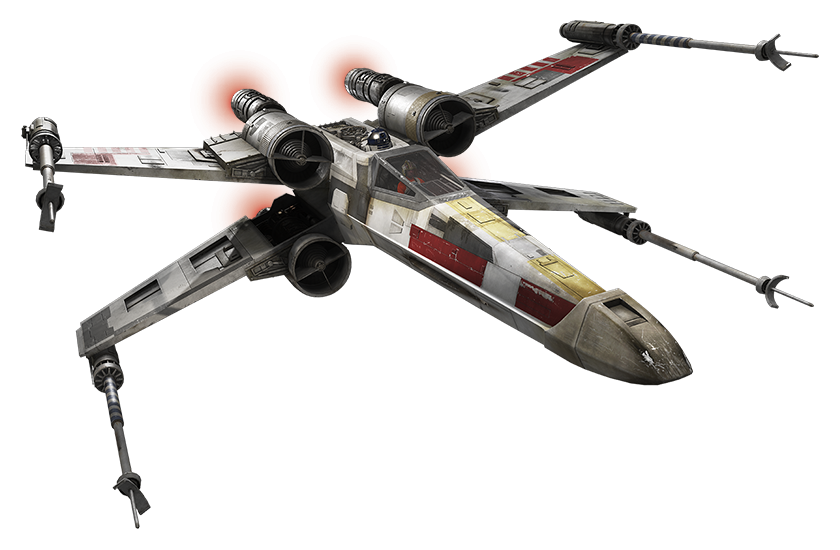 While the paint job is a bit different from ship to ship, in Canon, it is the only model that the rebellion had access to when they gave Luke an X-Wing or when he went into self-imposed exile. This is the model he flew in the Death Star trench run, and the same ship he took to Dagobah. When Luke left the Jedi Academy, he took his X-Wing with him, leaving it where you see it in the image in the question.

With material now available from Rise of Skywalker, we can clearly see this is a T-65 rather than the newer T-70.

Not the answer you're looking for? Browse other questions tagged star-wars the-last-jedi luke-skywalker or ask your own question.

11
Do the events of the Rise of Skywalker retcon any of the books, comics etc

38
Is there a logic behind the naming of the Rebel Alliance's starfighters?
27
Where did Poe get another black X-Wing?
6
Why did an X-wing pilot scream something that sounded like “Yes!” during the Battle of Yavin?
8
What did Luke actually do to evidence being considered a great Jedi…?
46
What made the Tusken Raiders unable / unwilling to shoot down Luke's Landspeeder?
7
Why didn't Rey encounter Dark Side Rey inside the cave on the planet Ahch-To?
18
How does R2-D2 — or any astromech droid — routinely get into and out of a T-65 model X-Wing in the timeline of the original trilogy?