Novel featuring a baseball bat and a talking duck

I picked this book up at a used bookstore around 2005, but it was clearly older than that. It felt like late 70's or early-to-mid 80's. It may have been part of a trilogy or series, but I'm not sure. What I know for certain:

The whole novel was very tongue-in-cheek, a fairly respectful send-up of high fantasy. It felt like it was borrowing a lot from Thomas Covenant, so I may be confusing details. I am almost certain the author was male.

The cover art was mostly yellow, I think, with Our Hero beating up the first monster with a bat. Now that I think of it, the monster might have been part bull or part horse. The art style was fairly classic- felt like the Hildebrants but more angular.

While I have never read the book, I came across this in a google search, and I'm fairly certain it is the one you are looking for. (Google search term was fantasy novel pantry bat duck)

*The new cover art and the new author name are due to it being reissued as a Kindle edition, and the "new" author name is the actual authors name. Wikipedia lists Lionel Fell as a pseudonym for Charles Grant

First paragraph of the synopsis on Amazon:

Gideon Sunday, an ex-semi-professional American Football player, goes to his pantry to retrieve an awful bottle of his (dead) sister's fruit preserves. When he gets there, he discovers a meadow in his pantry. He closes the door, takes a few breaths, and begins to investigate with as much sanity and candor as Sherlock Holmes. Upon discovering that A) no one is playing a trick on him, B) there really IS a meadow in his cupboard, and C) there is something three-quarters of ugly coming out of it, he decides to beat a monster to death with a baseball bat. 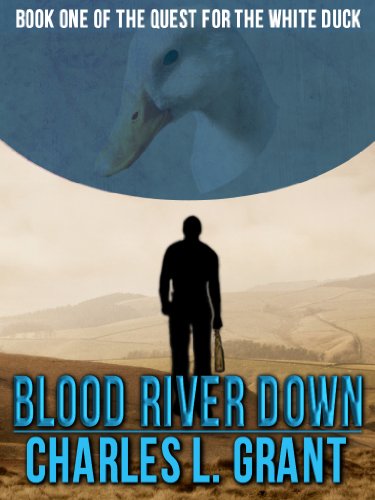 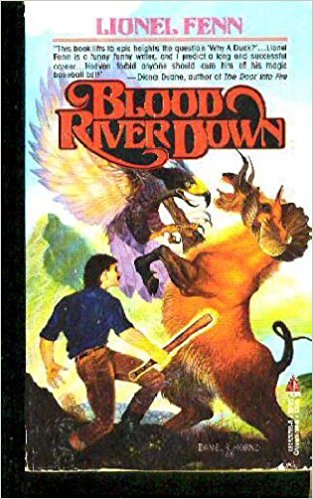