Can Asgardians deflect human weaponry or is it their weapons and technology that protects them?

In Avengers film released this year,

Loki when he first exits out of the Tesseract and enters Earth realm, the S.H.I.E.L.D operatives open fire on him and we see bullets just basically bouncing off him like he is impervious or something to our weapons.

Does this mean that Asgardians are similarly god-like a la Superman or was this the direct result of him having the scepter that gave him some sort of a shield (or some other technological advanced defense)?

Given the Asgardians superior technology, (they are aliens, not gods) resisting bullets seems almost child's play.

In Loki's case, he most likely used a defensive "spell" to protect himself. Loki, despite his being only a fraction as strong as Thor, physically, seemed quite damage-resistant and was able to survive a physical confrontation with the Hulk. The average Asgardian may not be in Superman's league for overall damage resistance, but human handheld weaponry holds no fear for them. The Asgardians are tough, strong and more than a match for any conventionally-armed team of humans.

In the comics, there is some debate as to whether the Asgardians are truly bullet-proof or does their armor protect them, but for the most part, anyone able to claim three times human density in their skin and muscle fibers, superhuman strength on the order of being able to lift at least 10 tons (average Asgardian), most of the well-known can lift significantly more, and wearing armor crafted by an dwarven-smith, most should not have to worry too much about bullets or small arms. Thor is so strong he can just stand there and wait for his enemies to run out of bullets. 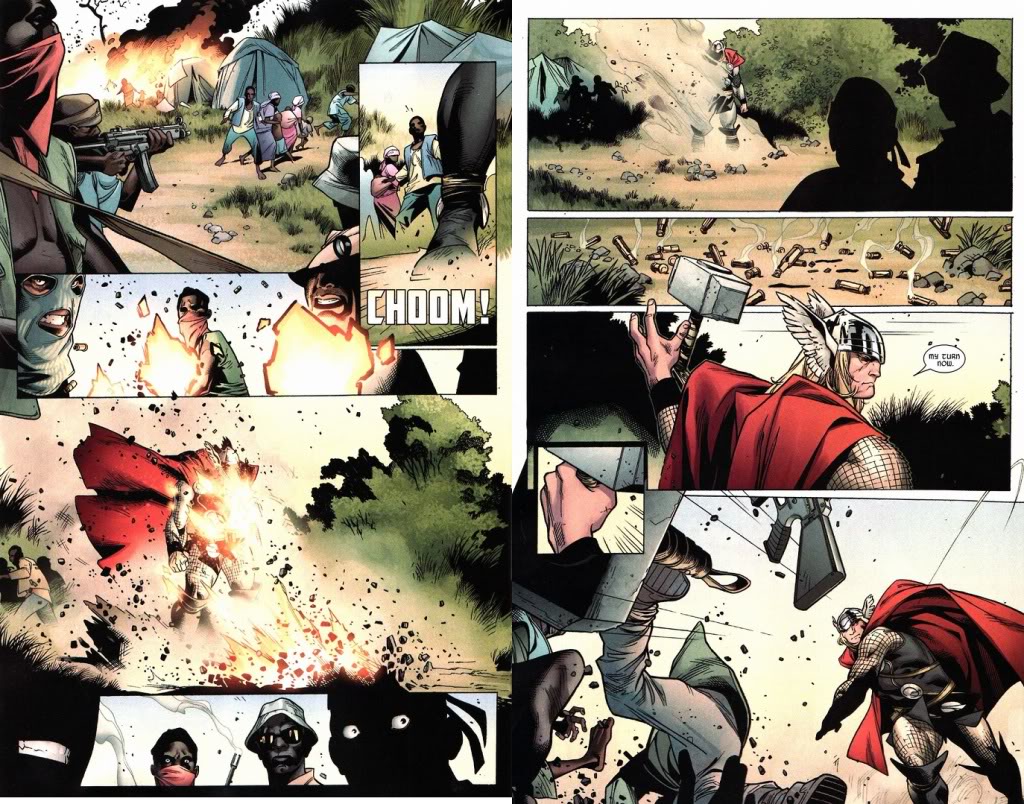 Thor deflects bullets by standing there.

2
Why was Loki affected by the bullets in this scene?
21
How long do Asgardians live for?
12
How strong are Asgardians?
8
What was the ultimate origin of Asgardians?
4
Would Hydra's weapons in Captain America have been effective against Asgardians?

7
Who's the child and her mother that can “talk to flowers” in Ruins?
145
In “Civil War”, why did Tony Stark and Steve Rogers choose sides that didn't reflect their attitudes?
13
At the end of Thor: Ragnarok why don't the Asgardians turn and head for the Bifrost as per their original plan?