What would happen if one casts Lumos under the Invisibility Cloak?

The books have established that the Invisibility cloak that Harry owned was the real deal (one of the Hallows) and not something you can buy in a shop. From this link we know that even though the Invisibility Cloak is immune to some forms of magic like Accio and probes which detect dark magic, it wasn't in general immune to curses and hexes. I want to know what would happen if someone, fully concealed by the Invisibility Cloak was to cast a Lumos spell? The light would obviously not be able to penetrate outside of the Cloak? So, would that work somehow like the "Hand of Glory" and show light to only the person concealed in the Cloak? Or would it not light anything at all?

Based off this scene: 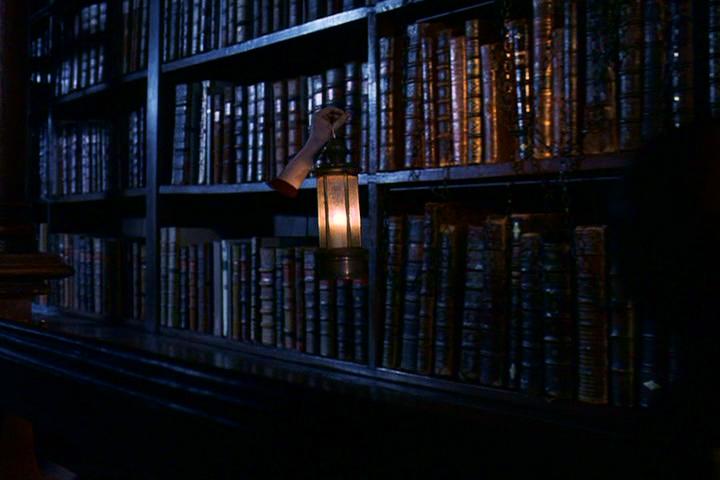 We know that the light does not travel from inside the cloak -> out, as Harry must hold the lamp outside of his cloak in order to see the books. If he held the lamp inside his cloak the light would only spread inside the cloak, and perhaps under his feet if there were some gaps. Since there is no light going out, it is safe to say that nobody would be able to see it if you cast lumos from inside the invisibility cloak.

It most likely hides the light produced from an outside viewer.

There’s only one example of someone using Lumos (or any form of light) while holding the light source itself under the Cloak as well. Harry seemed to be using Lumos to read while hiding under the Invisibility Cloak when he stayed in the library overnight trying to figure out how to breathe underwater for the Second Task.

“… he would grab the Invisibility Cloak and go back to the library, he’d stay there all night if he had to …

Wand tip alight, he crept along the bookshelves, pulling down more books – books of hexes and charms, books on merpeople and water monsters, books on famous witches and wizards, on magical inventions, on anything at all that might include one passing reference to underwater survival. He carried them over to a table, then set to work, searching them by the narrow beam of his wand, occasionally checking his watch …

“Harry opened his eyes. He was still in the library; the Invisibility Cloak had slipped off his head as he’d slept, and the side of his face was stuck to the pages of Where There’s a Wand, There’s a Way. He sat up, straightening his glasses, blinking in the bright daylight.”
- Harry Potter and the Goblet of Fire, Chapter 26 (The Second Task)

Because of this, and also Harry not getting caught, it seems like the light shouldn’t be visible outside the Cloak. However, it’s also possible that it was visible, but Harry was unaware of that and lucky enough to get caught.

When Harry searched the library with the lamp, it wasn’t under the Cloak.

Harry did use a lamp to search the Restricted Section in his first year, but he never had the lamp under the Cloak with him. It’s possible that this is because the light doesn’t shine through the Invisibility Cloak to let him see outside of it. However, it’s equally as possible that Harry simply didn’t want to risk putting a hot lamp with an open flame under a fabric Invisibility Cloak in case it was flammable. (Although the Cloak is magic, and might not react like normal fabric, it seems like a sensible precaution to take anyhow.) He holds up the lamp to look at the titles, which would feel particularly precarious to do under fabric while holding a flame.

“The library was pitch black and very eerie. Harry lit a lamp to see his way along the rows of books. The lamp looked as if it was floating along in mid-air, and even though Harry could feel his arm supporting it, the sight gave him the creeps.

The Restricted Section was right at the back of the library. Stepping carefully over the rope which separated these books from the rest of the library, he held up his lamp to read the titles.”
- Harry Potter and the Philosopher's Stone, Chapter 12 (The Mirror of Erised)

At no point (in either the book or the movie) does Harry attempt holding the lamp under the Invisibility Cloak, which seems more like he’s concerned about setting it on fire than he knows it wouldn’t shine through - especially since he just got the Cloak recently and is still fairly new to the wizarding world in general.

Not the answer you're looking for? Browse other questions tagged harry-potter spells deathly-hallows or ask your own question.

45
Why did Malfoy's Petrificus Totalus work on Harry while he was wearing the Invisibility Cloak?

45
Why did Malfoy's Petrificus Totalus work on Harry while he was wearing the Invisibility Cloak?
22
Did anyone ever possess all three Hallows?
37
How could the Marauder's Map detect something which Death could not?
4
Why didn't the resurrection stone 'work'?
3
Spell casting in Gringotts
22
If Harry could come back, why couldn't Dumbledore?