Did this official picture of Rohan (Tenzin and Pema's son) appear in an episode?

During the last few episodes of The Legend of Korra, the show page on Nick.com (the network for the show) included family trees of the major characters. It has since been taken down, but was preserved on this site. The Aang family tree is as follows: 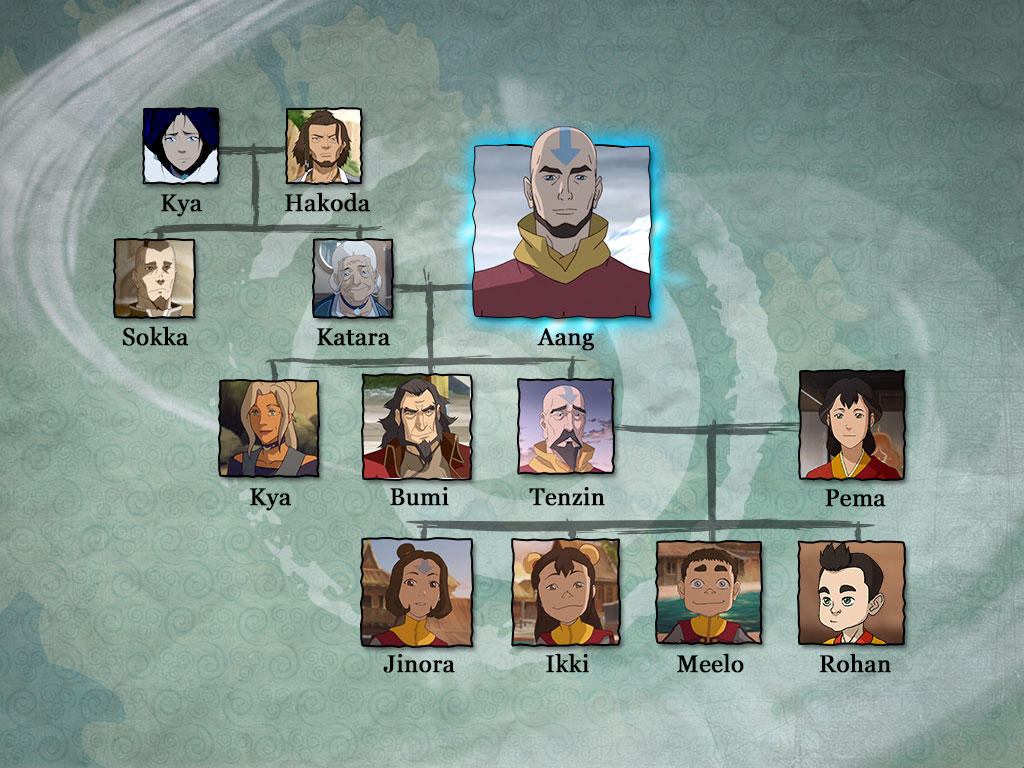 I recognize all of these pictures as coming from an episode of either Avatar: The Last Airbender or The Legend of Korra, except that of Rohan. The picture is much brighter than the others, and I only recall Rohan being a baby in The Legend of Korra, but he appears to be older in this picture.

Where did this picture of of Rohan come from? Was it an episode? A comic book? Or is it unique to this family tree?

In this picture (at 1:08 minutes in season 4, episode 1), you can see Rohan at the oldest age that he ever appeared in the show.
This image is from the scene where Rohan was taken along by his parents to attend the grand reopening of Republic City's Central City Station.
As you can see, his image in the family tree you posted is probably just a fan copy of his face in this Picture
So that image is not taken from the show, rather copied (or maybe a better term is 'redrawn'). 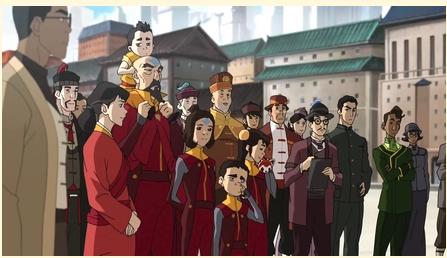 Not the answer you're looking for? Browse other questions tagged episode-identification the-legend-of-korra or ask your own question.

29
Where did Tenzin get a Flying Bison?
18
How did Avatar Aang have a wife and kids?
31
Why didn't Toph teach Aang metalbending?
11
How did Toph know that Korra was the Avatar?
8
Is there an expanded explanation on how the metallic poison affects Korra?
3
What are all the types of bending?
11
What kind of Lion Turtle taught Aang Energy bending?
1
Does the good/evil avatar have a basis from any concept?
2
How come Korra could bend three elements so young before training?