How/Where did the Yautjas (Predators) get the Xenomorphs?

The Yautjas (or more commonly known simply as Predators) are an extra-terrestrial race of warriors who hunt for sport and honor. Their hunts included humans and several species (judging from the trophy room in the picture below) and most prominently the Xenomorphs XX121 (or simply Xenomorphs). 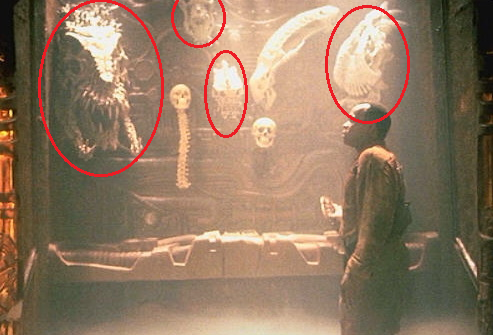 In the movie Prometheus (2012) and Alien Covenant (2017), we see that the Engineers developed the crude version of Xenomorphs (to apparently send them to Earth and destroy all life on it) which was finally perfected by David (as per the movie Alien: Covenant as mentioned by the answer here).

So the question is, how did the Predators get the Xenomorphs? Did they steal the technology from the Engineers? Or were they advanced enough to create an actual species for hunting purposes and it coincidently is the exact same as the one created by the Engineers?

Currently there is no canonical answer to this and it is unlikely the films will provide one. The main reason for this is that the AvP universe is not part of the Ridley Scott Alien franchise as defined by him.

Alien vs Predator started out as a comic book franchise and was one of a series of comic themes that ran at the time with cross overs with various titles. There are also Alien vs Batman, Superman and Predator vs Batman and Superman comics.

Later the AvP stories became novels and from this eventually the AvP films where created.

The canon right through this for the creation of the alien creature in no way matched what Scott has now written. Aliens were in the universe but no-one knew where they came from. Predators hunted them seeing them as the ultimate prey.

Now while there is no canon here it is possible to consider 2 ideas,neither of which have anything to back them up.

1) Predators came across the Aliens later on, this makes the historical aspect of AvP obsolete and means these films are now non-canon.

2) The Alien created by David is not as unique as he thinks and the genetic soup the Engineers created will inevitably create this creature. This then means that Xenomorphs exist through the universe but humans just don’t know it yet and David isn’t as clever as he thinks he is.

3) We treat the AvP storyline as we do the old Expanded universe for Star Wars; an alternate timeline where Prometheus and Covenant never happened.

What if David encountered the jutyas while on the engerneer world as we know that can.make deals whith other races and this would avp is just non cannon and that if thay were to.re do avp it would be linked to Prometheus and covonent

Not the answer you're looking for? Browse other questions tagged alien-franchise prometheus predator-series alien-vs.-predator alien-covenant or ask your own question.

13
Who created the Alien xenomorph?

21
Have the Colonial Marines met the Aliens before?
24
How does the Xenomorph evolution timeline work in the Alien/Predator universe?
2
Where do Predators keep their mines?
4
How do Predators store their Combi-Stick?
17
What makes humans a worthy hunt?
4
Why are the engineers completely different between movies?
9
What is the difference between the Xenomorph in "Alien: Covenant" and the ones in "Alien vs Predator"?