Is Totoro an original creation of Miyazaki?

After Mei (the youger sister) tells Satsuki (the older) and their father that she'd met Totoro in the forest, the father asks "Totoro? Like from the book?", implying that they recognize him from some children's books or folklore tale.

My question is: was Totoro an original character created specifically for the 1988 movie, "My Neighbour Totoro"? Or does he come from some earlier source? Folklore, children's book or even Miyazaki's own earlier work (just as Nausicaa was a manga before he'd made the 1984 movie)?

While the character design is Miyazaki's own, the name comes from Mei's mispronunciation of troll, from the story 3 Billy Goats Gruff. This is a fairly well known fact for Japanese moviegoers, as the evidence is in the movie itself. One of the shots in the closing credits show Satsuki, Mei and the mother reading a copy of this book, so we know where the name comes from: 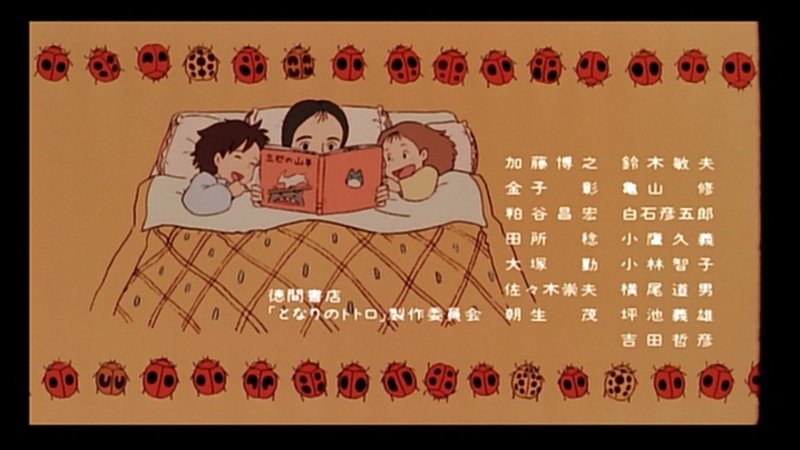 The Japanese wikipedia article states that in earlier drafts, Totoro's name was Miminzuku, and is 1302 years old. Here's an early sketch, from back when Satsuki was not yet a character (and Mei was 5): 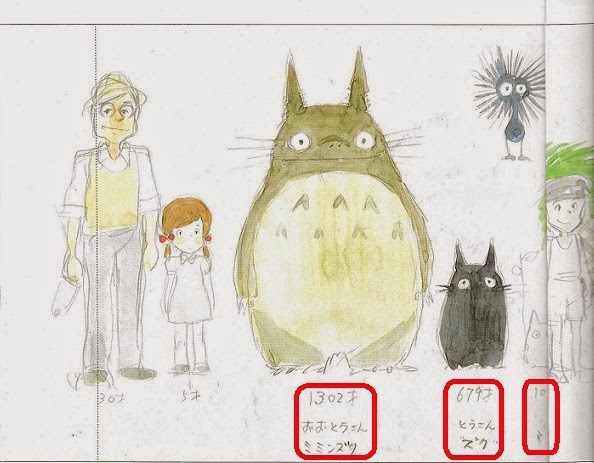 There is a good blog post about this stuff at a Japanese blog, but you kinda need to know Japanese to read it.

Edit: The plot thickens! Recalling something from somewhere, I remember how someone remarked that Totoro was based on an owl. Well, that would be pretty wild speculation if it weren't for a breed of owl to be known as Mimizuku (ミミズク) in Japanese. It's pure speculation that this is the main influence for the design, but y'know, he does sit in trees and hoot...

Not the answer you're looking for? Browse other questions tagged my-neighbor-totoro or ask your own question.