How is the batcave kept clean?

In recent time I've noticed the Batcave is always incredibly clean, but inside the Batcave are living bats. How does Batman keep it clean from the guano ? or does Alfred work all the day cleaning the poo?

The extensive cave system underneath Wayne Manor is quite large. No doubt when Batman started placing equipments and lighting into the Batcave the bats were compelled to go deeper into the cave (or further from Batman's operations).

The various changes to the environment caused by the equipment, primarily noise and temperature, would have made for a less desirable living space for most of the bats. They just relocated to a different part of the caverns.

I recall once where Alfred became ill due to frequent exposure to bat guano.

There are other uses:

In the DC universe superheroes never have to stop to use the restroom. This applies to the bats in the Batcave too, unless the plot dictates otherwise.

According to the DC Visual Dictionary, the bats were a constant nuisance to

So the short answer is that Alfred was responsible for cleaning the Batcave, along with shoveling bat poop. 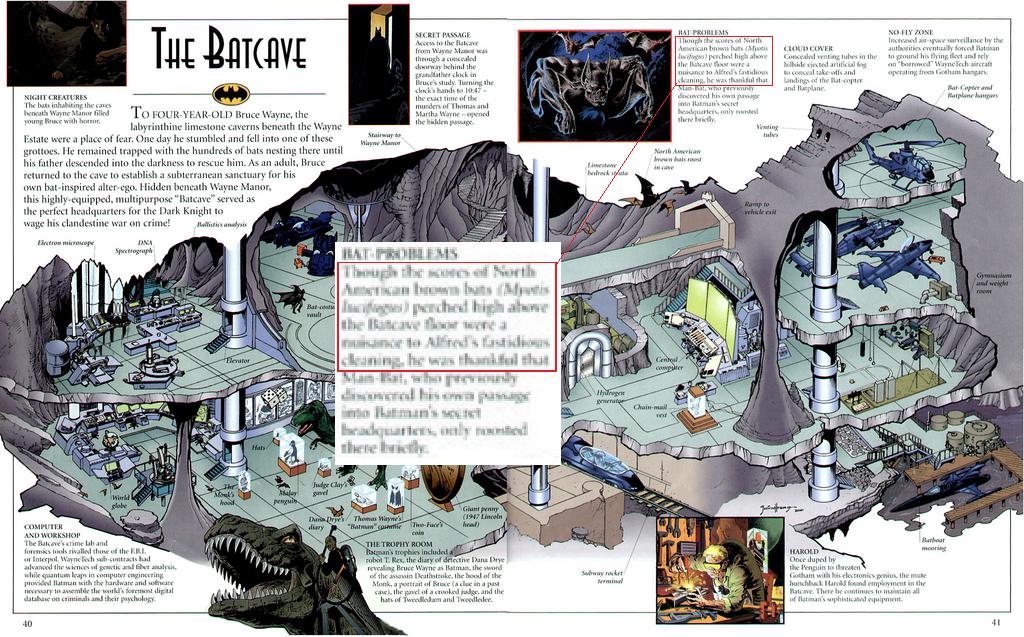 According to Blue Beetle vol. 7, issue #7, the floors at least can just be sprayed with a hose. 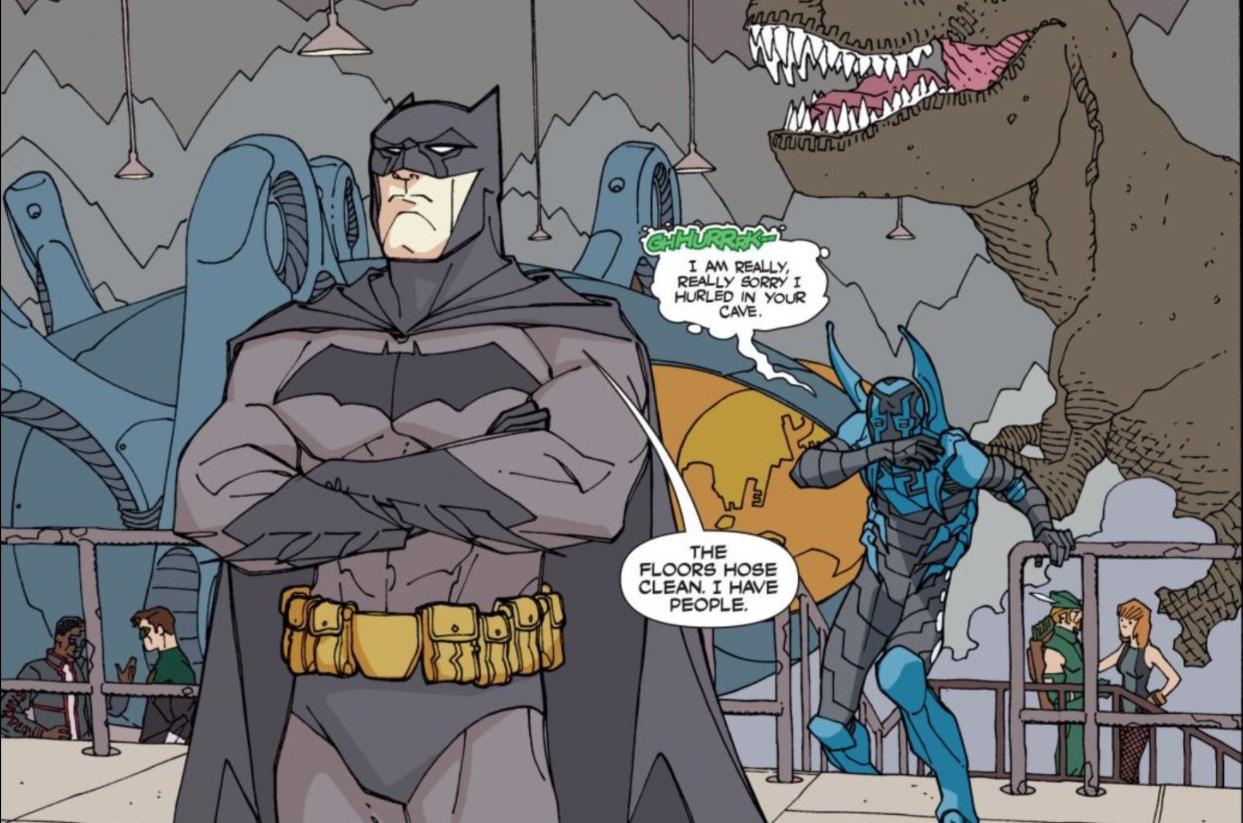 (By "people", he definitely means "sidekicks", doesn't he?)

3
How did Batman build and maintain his Batcave?
35
Is the Batcave bat-friendly?

31
How Was the Batcave Built in Secret?
18
Who are these Bat-family members?
4
Why are there two batcomputers in the Batcave?
35
Is the Batcave bat-friendly?
11
How does Bruce Wayne mask Batman's injuries between beatings?
12
Is Alfred the moral conscience of Bruce Wayne/Batman?
9
How long has Batman been "The World's Greatest Detective"?
10
Has Batman's equipment ever become faulty from being stored in the Batcave?
19
What is inside Batman's ears?