What are the various computer consoles on the NCC-1701-D's bridge?

Inspired by What are the various duty stations on the Enterprise NCC-1701's bridge?, do the five stations behind Tactical on TNG's Enterprise have specific purpose, or are they all multi-use? My hunch is that they are multi-use, since LCARS is supposed to be configurable. (also might have a vague memory of hearing that somewhere) On the other hand, Geordi always worked on the far right console, and people did research and sensor analysis on one near the left. 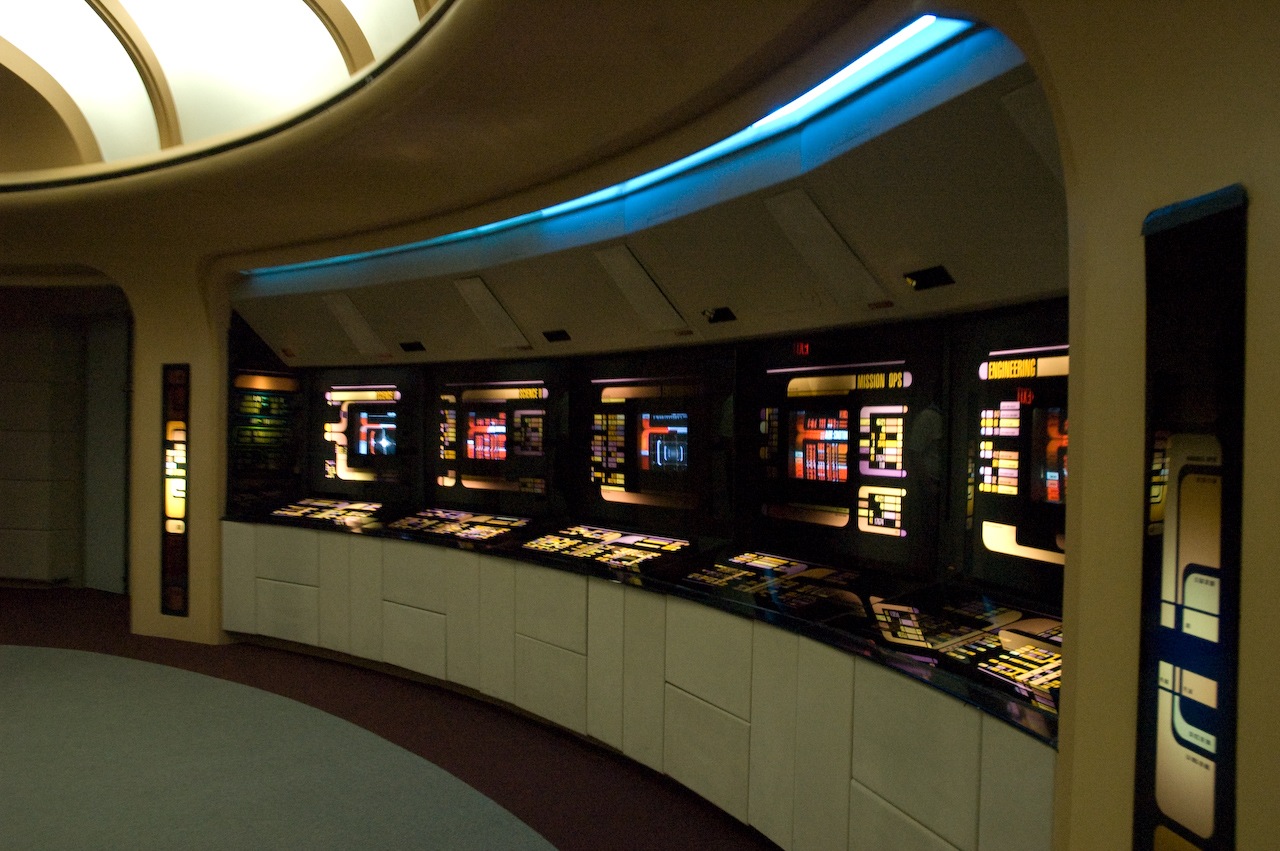 If they each serve a specific purpose, what are they? (with sources please!)

Predominately the normal configuration (from left to right) is:

Amusingly, in nearly every image I can find Mission Ops and Science II both are displaying the same center information (with the right hand menu being a slightly different color).

However, certain books and set pieces from exhibitions, seem to swap the position of Mission Ops and Environment. 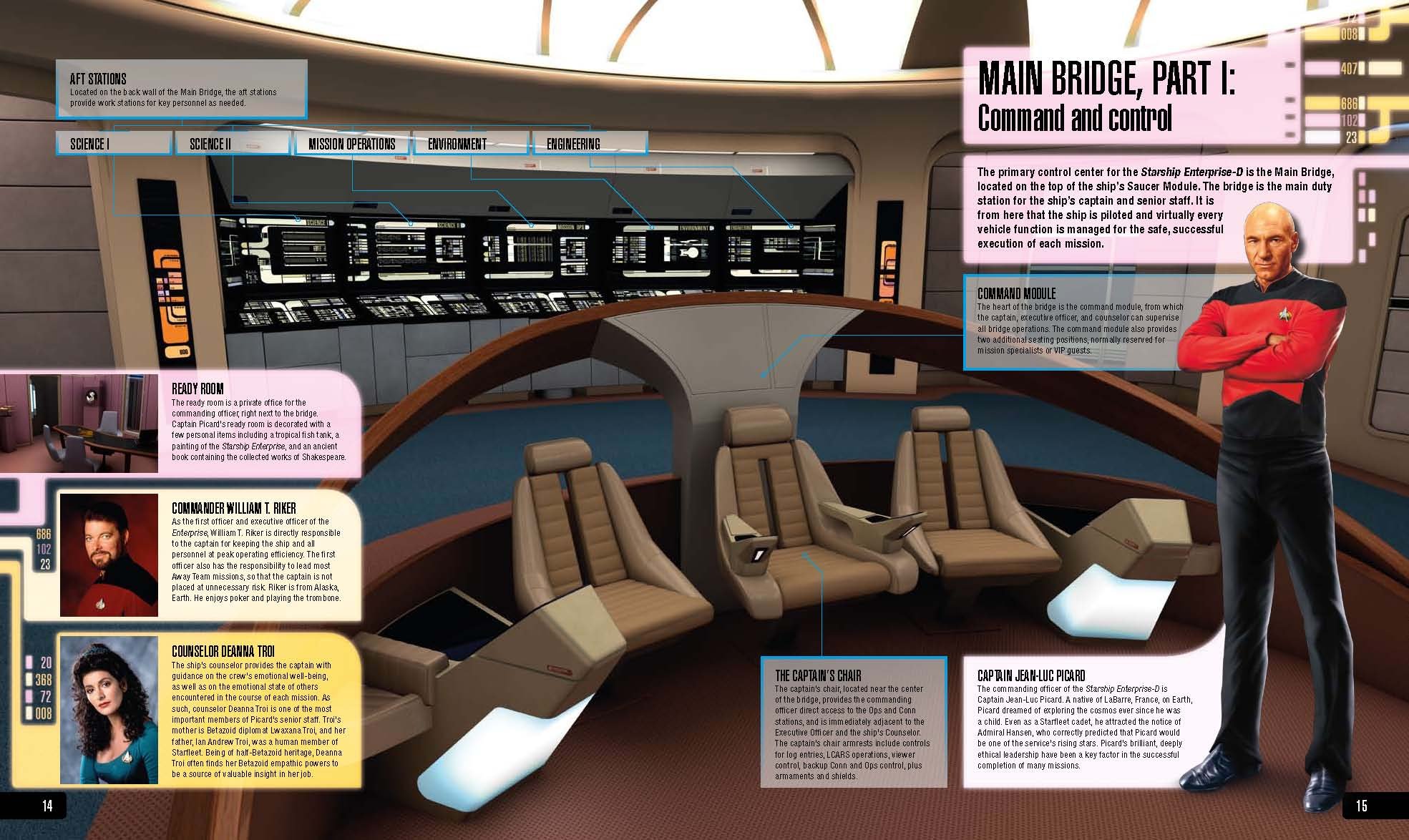 I wouldn't necessarily consider this canon, especially being an extremely simplified version, but the SNES game Star Trek: Future's Past described the following three consoles, from left to right.

SENSORS - The sensors station provided an overview of nearby planets or space stations. Most importantly, it would indicate whether the planet being orbited had a breathable atmosphere. This coincides with what was often shown in the TV show, although sensors were more commonly a CONN function.

COMPUTERS - This console contained a menu-based library of in-universe lore, categorized into areas of knowledge: "USS Enterprise", "Sciences", "Starfleet", "Cultures", and "Starbases". I spent a lot of time just reading the trivia on various topics here. The TV show would also show people sitting at these middle stations to research something. 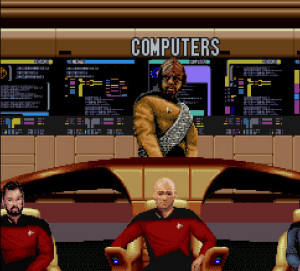 ENGINEERING - The far-right position of the Engineering station matches the one in the other answer. This is where resources or energy could be allocated to various ship subsystems such as life support and shields.

12
What are the various duty stations on the Enterprise NCC-1701's bridge?