Is there a new TIE fighter model in the Solo Movie?

I was recently watching the Solo trailer and I noticed that there is a TIE fighter with an attachment (possibly extra blasters?) on the left-hand side of the pilot's cockpit:

Is this a new TIE fighter, or one that has been brought in from legends?

Compensating for the relative fragility of the unshielded TIE starfighter is the armored TIE/rb, a reinforced heavy starfighter with much more powerful laser cannons.

There's some additional information to be found in the film's Official Guide. The 'TIE/rb heavy starfighter' is an upgraded version of the 'TIE/ln fighter', incorporating heavier armour and more firepower than is usually found on a line model fighter. The ship also includes an onboard droid intelligence and enhanced solar collectors. 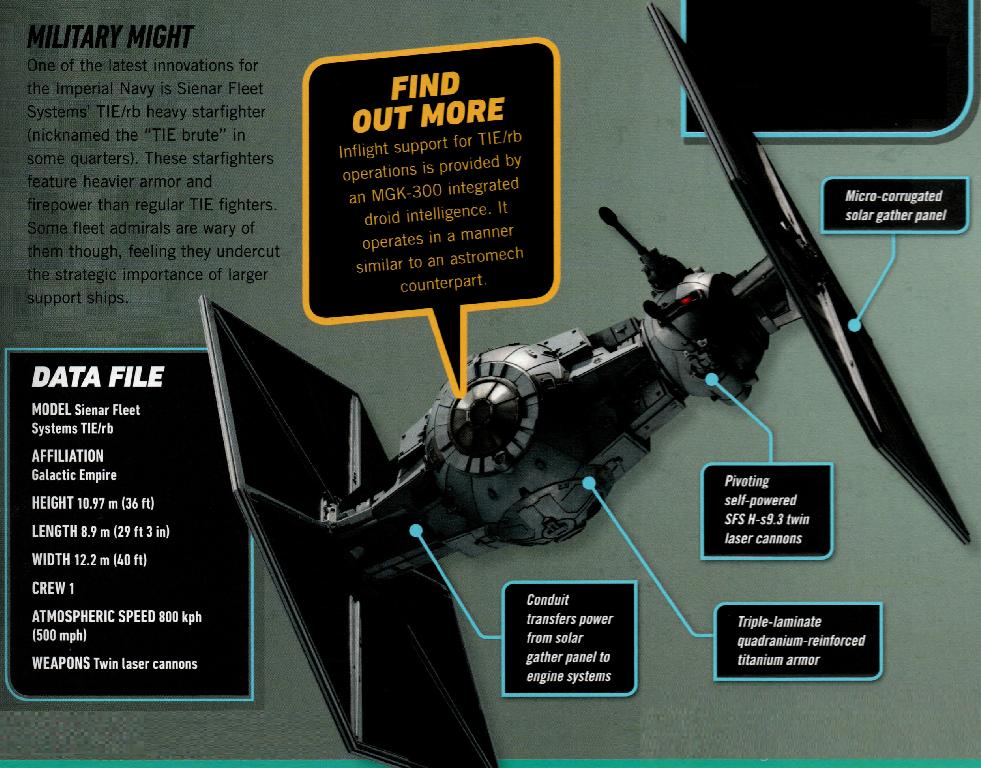 I would guess it's some sort of precursor to the TIE Bomber. It looks very gunshippy, and we know the Empire (in both canon and legends) loves to evolve their various lines of ships, building on what came before. They were probably looking for a more bomber/gunship oriented starfighter, said 'hey the TIE design's good, let's modify/evolve that', and this is their first attempt before getting to the full elongated twin pod model we see in ESB.

I think it is either a TIE attack craft, like a kid of the fighter and the TIE bomber, or a new version of the TIE bizzaro, but most likely it is a TIE with an upgraded sencer package to help other TIE's to navigate the maw.

I'm thinking that perhaps its the TIE Big gun, I know that the TIE big gun looks different in legends but if you notice it has larger cannons on the small pod, so maybe?

It's a TIE Seeker, they we're mostly deployed in the unknown regions to map new territories. However, seeing as their sensors were very advanced they can also function as pathfinders for other lesser TIE models to help navigate spacial hazards. In short, very expensive and rarely deployed except on critical missions.

AaronAaron
1
1
Add a comment  |
Highly active question. Earn 10 reputation (not counting the association bonus) in order to answer this question. The reputation requirement helps protect this question from spam and non-answer activity.

3
Did Darth Vader's TIE fighter appear in any version of Empire Strikes Back?
3
Finn and Poe crash tie fighter on Jakku. Squad sent to follow them. What gives?
3
Why did Poe and Finn's TIE Fighter land so close to the scavenger town?
14
Millennium Falcon - cannons above cockpit?
3
Given that Grand Admiral Thrawn was first seen in the LucasArts game 'Tie Fighter', is he canon?
8
Did Han Solo shoot Darth Vader’s TIE Fighter wingman from the cockpit of the Millennium Falcon?
11
Why didn't Han Solo shoot Darth Vader's ship?
10
How is this TIE fighter landed in the Death Star?