What evidence is there that the two Moira MacTaggerts in the XCU are the same person?

We first encountered Moira MacTaggert in the 2006 X-Men: The Last Stand. The movie takes place sometime in the "near future" of the 2000's.

She appears to be a 30-something year old doctor on Muir Island. She is played by a then-36 year old Olivia Williams. 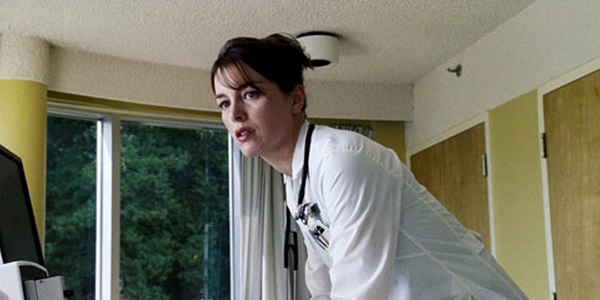 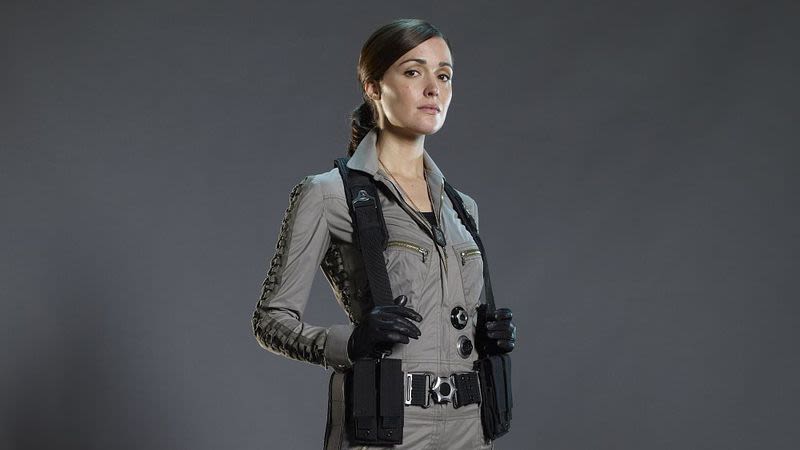 The X-Men Movies Wikia claims that these two characters are the same person in-universe.

Sometime after the events of First Class, MacTaggert left the CIA and ultimately became a medical scientist and doctor. She establishes her home and workplace on Muir Island in northern Scotland, and eventually works alongside Charles Xavier again — this time in an educational capacity.

But they provide no citation or explanation how the character would span the 40+ year time gap without aging.

The Days of Future Past timeline re-write is not likely a good answer here, as we catch up with Moira in 1983 during the events of X-Men: Apocalypse, where she is still a CIA agent.

What evidence is there that these two versions of Moira depict the same in-universe character?

As has been discussed before on meta before, for example here, which is talking about Memory Alpha (the Star Trek wiki) (and I'm sure there is a better meta reference) but I can't find it now, fan-sourced wikis are not primary references. What we have here is an unsourced statement by a fan who merely connected the dots that there are two mentions of Moira MacTaggart with seemly irreconcilable differences and then made the statement:

Sometime after the events of First Class, MacTaggert left the CIA and ultimately became a medical scientist and doctor. She establishes her home and workplace on Muir Island in northern Scotland, and eventually works alongside Charles Xavier again — this time in an educational capacity.

But in fact there's probably no evidence at all for that and it's just an inconsistency like many others.

The problem here is that someone on the Wiki took it upon themselves to take continuity in-universe too seriously and therefore make the conclusions they stated. The attitude is essentially: We saw these two things, that we must assume are true and consistent since we saw them, so I'm free to state as fact whatever explanation can make both things true, regardless of how logical the result is. (Note, they equally well could have just assumed there are two different Moira MacTaggarts and it would have been an equally valid conclusion -- but the default assumption is same name = same person.)

With this attitude, effectively any inconsistency becomes a factory for more and weirder inconsistencies -- instead of just accepting that the continuity is lacking.

Here is another answer talking about how wikias are not primary sources and are fan written.

The best evidence we have is that she's not the only one to suffer from the seemingly inconsistent timelines. Angel is an example of another character that is also subject to this, given his age and appearance in both 1983 and 2011. However, only the 2011 version of the character is confirmed to be Warren Worthington III.

A counter-example to Angel would be Emma Frost, who appeared in X-Men: First Class as an adult, but Wolverine: Origins as much younger. Despite the same first name and powers (and the implication of who they were), they were actually cited by the executive producer as different people.

The X-Men movie universe, and ultimately the comic universe as well, are commonly known to have a very loose relationship to time and aging. Given the history of such things, if anything their full name alone should be enough evidence to confirm they are in fact the same people. Unless explicit writer/director confirmation is given that they are not, it's usually safe to assume they are.

The answer is simple.

The first X-Men trilogy was in a different continuity/universe separated from the X-Men First Class film series.

The depiction of a future in film "Days of Future Past" was a parallel universe of Patrick Stewart's Prof. X.

Not the answer you're looking for? Browse other questions tagged marvel x-men x-men-cinematic-universe or ask your own question.

23
Where does it say Dumbledore and Grindelwald's duel lasted 3 hours?
8
Was that Warren Worthington III?