In the TV show there is a lack of proper armor; very few people wear helmets. I suppose the reason is, out of universe, so that we can see the faces of the actors.

But what about shields? It's not like they were all wearing full plate armor, so it was predictable that archers would inflict a lot of damage on them. Is there a reason, out or in universe, that explains why Jon Snow's army didn't have any shields in the Battle of the Bastards?

To start off with we already have a question talking about the lack of helmets. The TL;DR of it though is that everyone wears a helmet until they are a main cast member and then they don't anymore so they are more easily recognised on the battlefield.

It's worth noting that the majority of the armies in Westeros do have shields just look at the following examples. 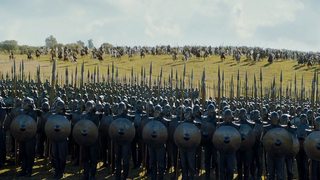 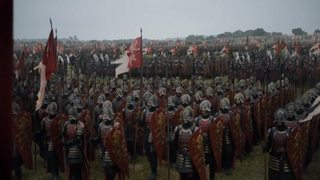 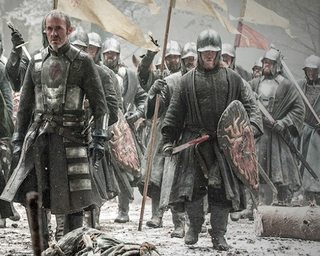 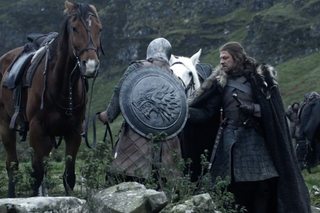 With that said why didn't Jon's army at the Battle of the Bastards have shields? Well they are mostly made up of wildlings who don't seem to have many shields.We do see some carrying shields but not many. The only few I've seen were in this scene. 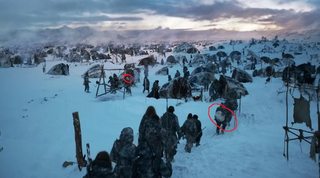 In most of the other scenes we don't see wildlings with shields at all. In the picture of those that are about to climb the Wall one is actually wearing a shield. 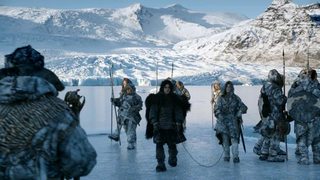 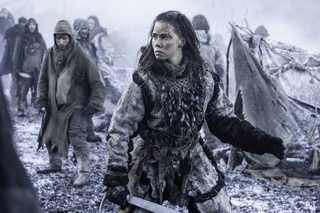 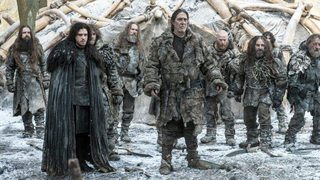 However, we do see a couple of shields at the Battle of Bastards in Jon's army though we can't quite tell if all of them are on wildlings or Northern forces. 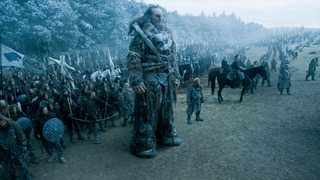 Out of universe it appears that the battles we do see, we don't really see any shields. When we see armies with their shields it is usually just seeing them before or after a battle. This is likely because it takes more training for someone to use a shield effectively and it can make it easier to hurt the actors.

6
Do fighters in the Game Of Thrones books not wear helmets?