What is the place where Will was executed?

Rodrick Cassel: Lord Stark. My lady. A guardsman just rode in from the hills. They’ve captured a deserter from the Night’s Watch.
Eddard Stark: Get the lads to saddle their horses.
Game of Thrones, Season 1 Episode 1, "Winter is Coming"

In the scene in which Will is executed the place seems to be for execution specifically. There is a mound in the middle of a clearing with a log on it that has clearly been used before. Obviously they could have brought the log with them for the purpose of the execution but this seems less likely in my mind. Especially as the Starks rode out of Winterfell to the deserter rather than the deserter coming to them. 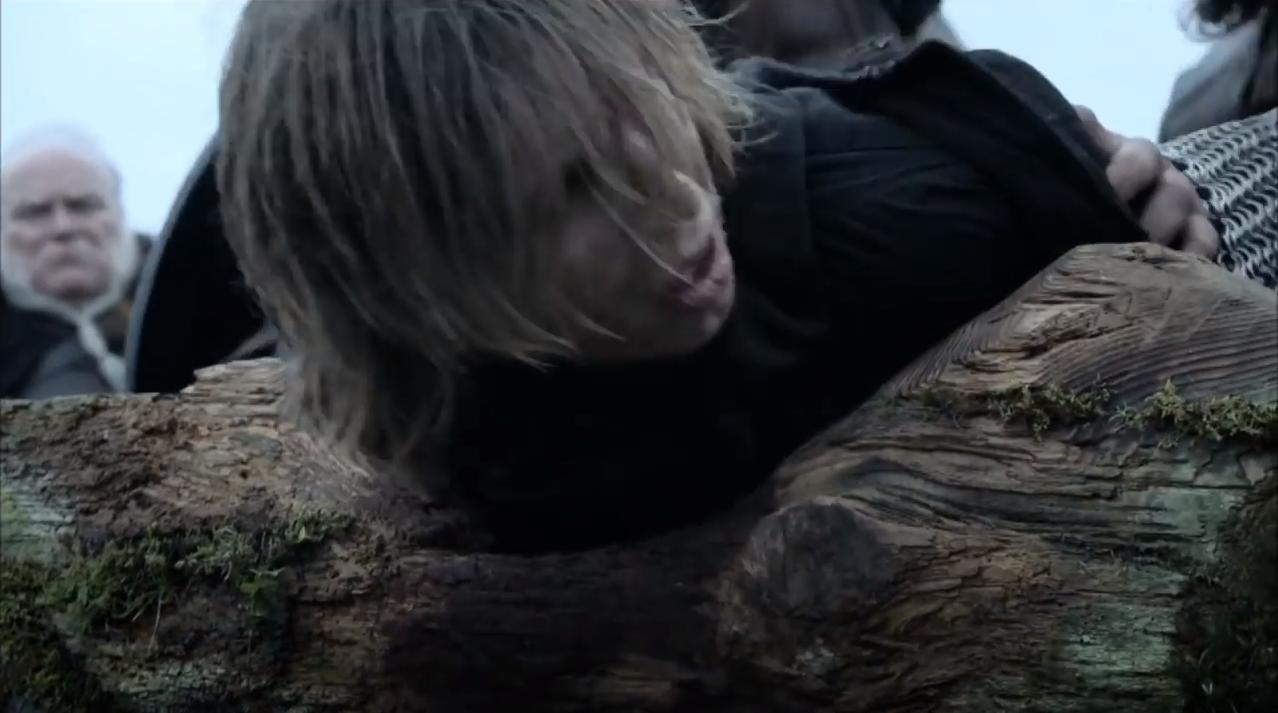 What is this place where the execution takes place?

It's worth noting that this happens differently in the books so I will be looking for show only answers. In the books Gared is the ranger who deserts and is executed. He is then captured in a small holdfast and kept there until the Starks arrive and execute him there.

The man had been taken outside a small holdfast in the hills. Robb thought he was a wildling, his sword sworn to Mance Rayder, the King-beyond-the-Wall. It made Bran's skin prickle to think of it. He remembered the hearth tales Old Nan told them. The wildlings were cruel men, she said, slavers and slayers and thieves. They consorted with giants and ghouls, stole girl children in the dead of night, and drank blood from polished horns. And their women lay with the Others in the Long Night to sire terrible half-human children.
But the man they found bound hand and foot to the holdfast wall awaiting the king's justice was old and scrawny, not much taller than Robb. He had lost both ears and a finger to frostbite, and he dressed all in black, the same as a brother of the Night's Watch, except that his furs were ragged and greasy.
A Game of Thrones, Bran I

According to the official viewer's guide website's synopsis for Season 1 Episode 1 gameofthrones.com it took place on a hillside outside Winterfell.

...news from Ser Rodrick Cassel, the house's Master at Arms: "The guards rode in from the hills. They've captured a deserter from Night's Watch." Lord Ned Stark knows immediately what he must do, and orders his boys to saddle their horses.

On a hillside outside the castle walls, the ranger Will stands before Ned, understanding that his sentence is death but swearing that he saw White Walkers. Ned draws his family's ancient blade, called Ice, and metes out punishment as his sons - even young Bran - look on.

According to the synopsis, it seems safe to assume the castle guards caught the ranger, Will, near the castle walls and held him there to be executed. It would appear Will was making for Winterfell to inform Lord Stark.

That’s the place the Night King was made and that’s the stump left over when the white tree was chopped down.

34
How is The Wall bypassed?
9
Why does Ned Stark only take his sons but not his daughters to watch him execute the deserter?
39
How do Southern people discern Night's Watch deserters from truthful brothers sent south?
30
What were Bran and Rickon Stark supposed to do when they grew up?
12
Where does Theon Greyjoy get the money for his hobbies from?
12
GoT season 1 prologue; why did they switch which ranger died?
12
Why didn't Robb Stark give Rickard Karstark the option to take the black?
13
Why do Northern houses see joining the Night's Watch as honorable while no one else does?