Sci-fi manga about a boy with an alien girl classmate

Two to three years ago, I was reading a very interesting sci-fi manga, but I dropped it and now I can't remember the name. It was not new when I read it, but I'm pretty sure it was released after 2000.

If I am right the protagonist was at middle school. He was an average boy and there were this alien girl as his classmate. The alien girl lived in a abandoned tram, had a black bob cut with bangs, and looked completely normal (although two other aliens were big and detailed).

At some point the girl got in a fight with an other alien at the Ferris wheel and the boy got pierced through heart and then the girl saved him somehow. (It was a bloody mess). Then there was some drama in school at some point and then there was the boy's twin brother, who had long hair, and his alien female friend. I dropped it at this point because I did not like the twin brothers hairstyle.

The art was rather beautiful (in my eyes). It was probably an English version, but I have been reading manga in five different languages for years, so I can't be sure.

It was actually kind of a confusing book. The themes were something like: being lonely, getting friends, and other stuff that could found from Shugo Chara!, but instead of handling fights in a way Shugo Chara! does (so it would be good for younger audience), it handled it like Akumetsu did except there was no guns.

Kouichi is a high school student who lives with his grandfather and helps him with his coffee shop, he has a twin brother who's sick and stays at the hospital. At the entrance ceremony, he meets a strange girl wearing a mask, she claims that 10 years ago she came to Earth and saved his life by giving him a heart, which she tries to reclaim; but the heart completely assimilated with the boy. She offers to be friends and take over the planet. Of course, the boy refuses and leaves to help his grandfather at the coffee shop, but is soon attacked by another alien. The strange girl shows up again, and says that she will help if he will become her friend and help her take over the world.

Later in the story we find out that she lives in abandoned tramway. The Earth is an isolated planet, and only the keys that are on Earth will help to access the full invasion. Only special individuals can go to Earth because it's "locked". So the girl and the boy defend the planet from other aliens while also searching for the keys.

I don't want to spoil the story anymore because the story is amazing one of the best sci-fi I ever read and the art style is amazing shame that it is not so popular.

I got here searching for this specific manga; Google search is pretty useless because it searches what is popular and based on cookies, so to find it what I did was specify manga website and then search by description. Only then did it give normal results.

Kinda broad, considering the genre and various little-known mangas that fall into it... they all fit underneath the bigger umbrella of "supernatural girlfriend"... but given your detail, one that comes to my mind most strongly would be The World of Narue (2003): 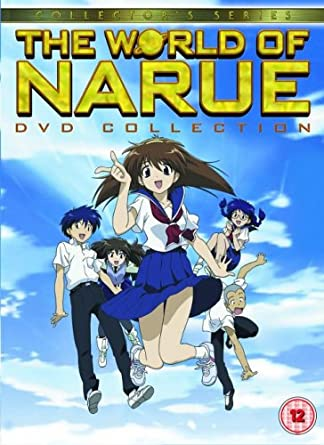 Plot Summary: Iizuka Kazuto is a 14 year old boy who meets a somewhat weird but cute and charming girl named Narue Nanase who claims she is an Alien. The show is about the trials and tribulations of the young couple as they get to know each other.

Kazuto Izuka is an average 14-year-old boy who one day encounters an abandoned puppy that turns into a space alien creature but is saved by schoolmate named Narue Nanase. When he goes to thank her, he discovers she too is a space alien whose father was part of a galactic exploration team. With the encouragement of his friend, Masaki Maruo, Izuka asks Narue out on a date. Narue is reluctant at first, but after Kazuto confesses his love to her, and assures her that he is not bothered by her alien heritage, Narue agrees and they start dating.

To be honest, the series has more comedy/slice of life/romance leanings, but there are some pretty sci-fi heavy aspects, especially when it comes to the tech: 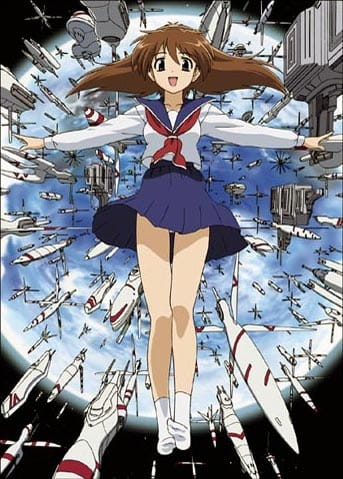 Narue herself though seems to be pretty much terrestrial human, with no notable aspects that differentiate her from other Earthlings; she has no noticeable deformities, no identifying marks, no genetic distinctions, no psychic powers, no enhanced abilities, no physical mutations... considering she was basically raised on Earth, the girl doesn't even have any real "quirky" behavior that makes her seriously seem like a "Fish out of water". She's more or less your average middle-schooler, just kind of... nominally odd. So the "alien" aspect isn't quite as apparent as in other series.

The narrative of Buso Renkin follows Kazuki Muto, who saves Tokiko Tsumura and is killed by an alchemical monster known as a homunculus. Tokiko, an alchemist warrior, feels responsible and revives him by replacing his destroyed heart with a kakugane (核鉄). The kakugane is an alchemical device which, when activated, takes a weapon form based on its user's personality, forming a buso renkin—the only thing that can destroy a homunculus. Kazuki creates his own buso renkin and joins Tokiko in the fight against the homunculi and their master, Koushaku Chouno. Chouno, who has renamed himself "Papillon", is killed by Kazuki, but is later resurrected by the L.X.E., a humanoid homunculi group led by Chouno's great-great-grandfather Bakushaku Chouno, now calling himself Dr. Butterfly. In various battles, Kazuki, Tokiko and Captain Bravo (their team leader) destroy most of the L.X.E.'s members. After learning that Dr. Butterfly believes him to be weak and useless, Papillon rebels against the L.X.E. and kills Dr. Butterfly.

6
Cartoon about a boy who schools with aliens
11
Manga where a girl dies every time a boy falls in love with her
3
Manga where 2 characters are immortal and try killing each other a lot (boy and girl)
12
Anime about a school boy living together with an unintentionally (?) annoying alien
5
Manga where a reincarnated(?) young boy has a maid and a wolf girl who he does business with
2
Children's story about an adopted orphan boy with weird hair, who turns out to be an alien