What forms of Muggle transport were used by the magical community?

The magical community has a bunch of ways for traveling anywhere across the world, some of which are Portkeys, Apparation, the Floo network, broomsticks and many others. However, they still picked some Muggle technology to use as a means of transport.

Based on the question here, The Hogwarts' Express is presumably a Muggle train which was stolen by the magical community and used since then as a means of transport every year for Hogwarts' students. Per Pottermore, the train's background is presented as follows:

Where exactly the Hogwarts Express came from has never been conclusively proven, although it is a fact that there are secret records at the Ministry of Magic detailing a mass operation involving one hundred and sixty-seven Memory Charms and the largest ever mass Concealment Charm performed in Britain. The morning after these alleged crimes, a gleaming scarlet steam engine and carriages astounded the villagers of Hogsmeade (who had also not realised they had a railway station), while several bemused Muggle railway workers down in Crewe spent the rest of the year grappling with the uncomfortable feeling that they had mislaid something important.

Secondly, Pottermore has the following information about the Knight Bus:

For witches and wizards who are Floo-sick, whose Apparition is unreliable, who hate heights or who feel frightened or queasy taking Portkeys, there is always the Knight Bus, which appears whenever a witch or wizard in urgent need of transportation sticks out their wand arm at the kerb.

This got me thinking. Apart from the Knight Bus and Hogwarts Express, are there any other means of Muggle transportation (vehicles or otherwise) that were taken by the wizarding world and used specifically as public transport?

In Half-Blood Prince the Ministry sends cars and Aurors to secure Harry's protection.

It was an overcast, murky day. One of the special Ministry of Magic cars, in which Harry had ridden once before, was awaiting them in the front yard when they emerged from the house, pulling on their cloaks. “It’s good Dad can get us these again,” said Ron appreciatively, stretching luxuriously as the car moved smoothly away from the Burrow, Bill and Fleur waving from the kitchen window. He, Harry, Hermione, and Ginny were all sitting in roomy comfort in the wide backseat. “Don’t get used to it, it’s only because of Harry,” said Mr. Weasley over his shoulder. He and Mrs. Weasley were in front with the Ministry driver; the front passenger seat had obligingly stretched into what resembled a two-seater sofa. “He’s been given top-grade security status. And we’ll be joining up with additional security at the Leaky Cauldron too.” (Half-Blood Prince, Chapter 6).

“Ah, Harry!” said Mrs. Weasley loudly, cutting across Fleur’s monologue. “Good, I wanted to explain about the security arrangements for the journey to Hogwarts tomorrow. We’ve got Ministry cars again, and there will be Aurors waiting at the station —”
(Half-Blood Prince, Chapter 7).

As it's written it seems that the Ministry has its own cars, which are modified with magic.

From the Pottermore article "Technology" by J.K. Rowling

There is one major exception to the general magical aversion to Muggle technology, and that is the car (and, to a lesser extent, motorbikes and trains). Prior to the introduction of the International Statute of Secrecy, wizards and Muggles used the same kind of everyday transport: horse-drawn carts and sailing ships among them. The magical community was forced to abandon horse-drawn vehicles when they became glaringly outmoded. It is pointless to deny that wizardkind looked with great envy upon the speedy and comfortable automobiles that began filling the roads in the twentieth century, and eventually even the Ministry of Magic bought a fleet of cars, modifying them with various useful charms and enjoying them very much indeed. Many wizards love cars with a child-like passion, and there have been cases of pure-bloods who claim never to touch a Muggle artefact, and yet are discovered to have a flying Rolls Royce in their garage. However, the most extreme anti-Muggles eschew all motorised transport; Sirius Black’s love of motorbikes incensed his hard-line parents.

We do see that fleet of Ministry cars in use as previously pointed out. What is more interesting is that it seems Mr. Weasley was not the only one to enchant cars. Other private wizards did the same, and it has me wondering if one of the "useful" charms the Ministry used was similar.

*But not really anymore. As shown by the above quote, the switch to cars was made because horse-drawn vehicles were no longer cutting it.

In the film Fantastic Beasts and Where to Find Them it is shown that wizards also use passenger ships to cross the Atlantic (most likely the only reliable way). 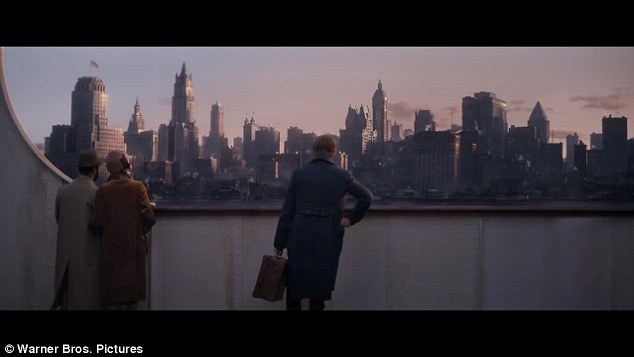 Another example (albeit magically enhanced) example is the ship used by Durmstrang during the Tri-Wizard Torment in Goblet of Fire.

Hagrid also uses (small) ships to transport the first years across the lake when they arrive at Hogwarts.

Already mentioned but there is another case where Ships are used. Durmstrang students arrive Hogwarts with a ship and they live in it during their time at Hogwarts. This is a private magical ship , unlike to one in Fantastic Beasts. Sea travel from Bulgaria to England is possible and I assume they did some wand waving to Hogwarts lake from the English shore.

Not a modern way of transportation but both Beauxbatons and non-first year students of Hogwarts use carriages for transportation with thestrals.( Beauxbaton was using hipoggriff I guess). The only difference with the muggle mediaval transportation is that now horses are flying.

29
How does International travel work in HP universe?
9
Is the Hogwarts Express a muggle train with enchantments, or an enchantment that simulates the functions of a train?

29
Why was a regular train used to transport students to Hogwarts?
8
Why did the magic world copy the muggle world?
4
Can a Muggle-Repelling Charm Be Broken?
6
Do Muggle trains roll along the Hogwarts Express railway near Hogwarts without seeing the enchanted area?
15
How did the Ministry protect against the use of unauthorized portkeys?
51
What is the Economic system of the Potterverse?
12
What did muggle-borns do before Hogwarts?
11
Are there any Hogwarts students who live in Hogsmeade during the summer?
50
How does the line to Hogwarts fit in to the UK national rail network?
6
How was Hagrid supposed to bring Harry from Godric's Hollow to the Dursleys?