Graphic novel about a fake city symbolized by a Drosera, cartographer crossing the desert in a triple-decker airplane

I read a graphic novel once, and I have lost track of it. Google has been unhelpful.

Here's some details I remember:

I believe this is Les murailles de Samaris (1982). 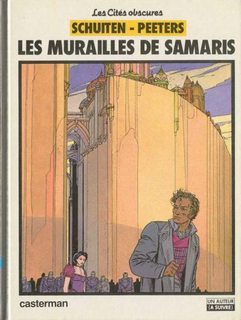 Franz Bauer, a clerk in Xhystos, is asked to visit Samaris and research the rumors about this city. Some people have left for Samaris but did not return: Mark and Clara (youngest sister of Anna), and someone called Pierre. Despite opposition from his friends, Franz leaves for Samaris, which he reaches after a long journey.

He stays in the only hotel of the city, meeting one woman called Carla in a club. The days pass, but they seem all similar to each other. In the end Franz tries to break out of the daily routine and finds out that the whole city is built with panels. He discovers that the whole city is fake, and its inhabitants either cutouts or simulacra. Making his way to the center of the city, he finds an altar with a book on it, describing the city as like a carnivorous plant that captures outsiders and consumes them, forever extending its roots. Franz returns to Xhystos to warn them, but nobody seem recognizes him. Many years seem to have passed since he left. Eventually he is able to meet the city's council, but they deny that they have sent him on his mission. Franz leaves Xhystos to return to Samaris.

Here is an image of the facades on rails: 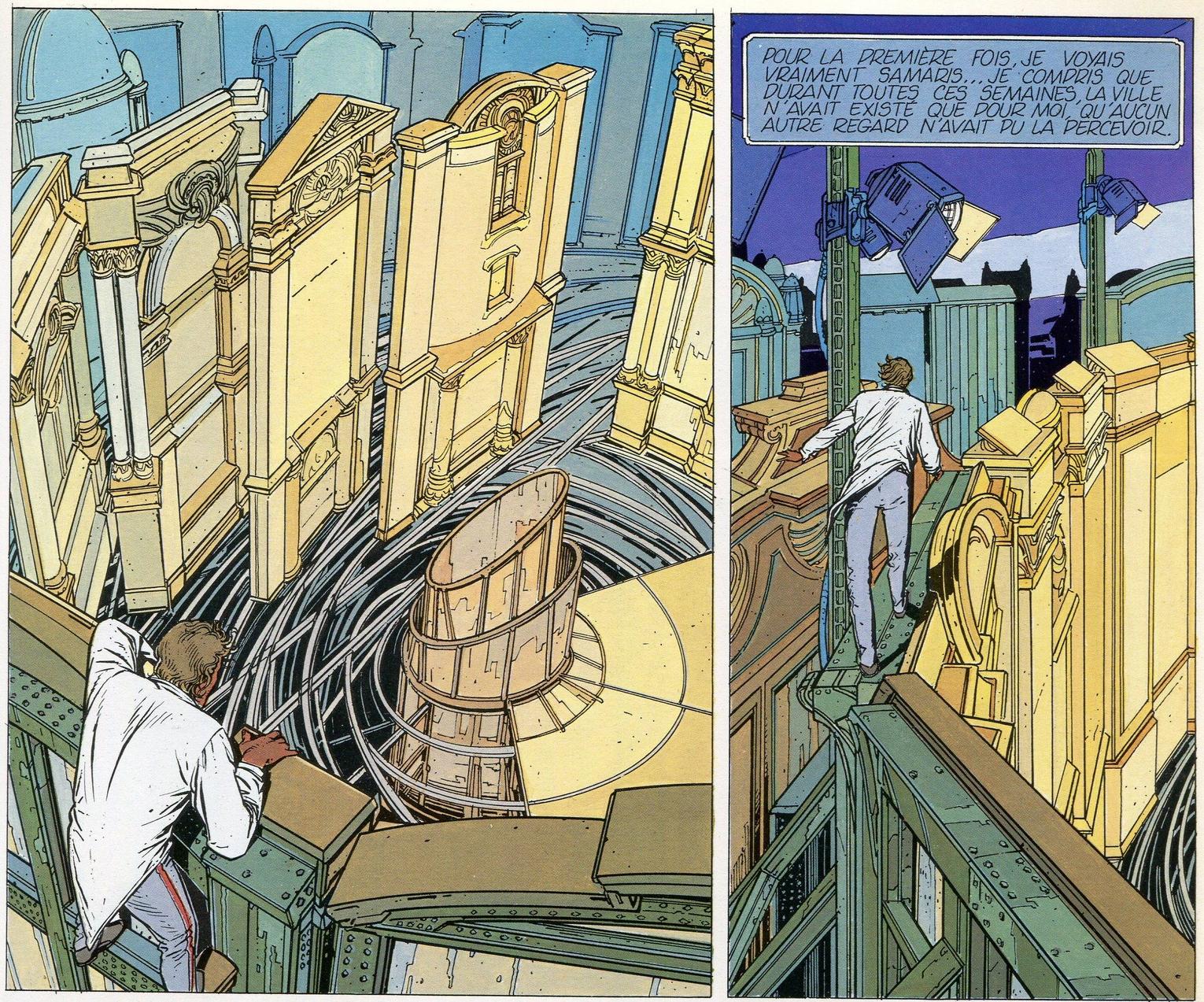 The Goodreads summary for the French edition mentions that the city's emblem is a Drosera, which is indeed the Sundew plant.