What's the title of the anime that has a lead character with a white long-haired man spirit with him?

My classmate and I talked about the old animes that we've watched, and we were reminiscing about the anime about a character that has a white haired man spirit. On his arm, there's something that's coming out of it. I remember that the ones that are coming out from his hand is his power. We forgot the title and the name of the lead character though.

Asakura Yoh is a Shaman who uses the spirit of Amidamaru, a long dead samurai with white hair, during the Shaman Fights. 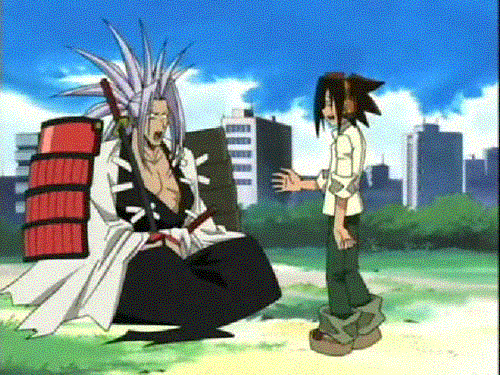 Sometimes, mostly early in the first season, Yoh and Amidamaru combine in such a way that their power comes out of Yoh's hands. 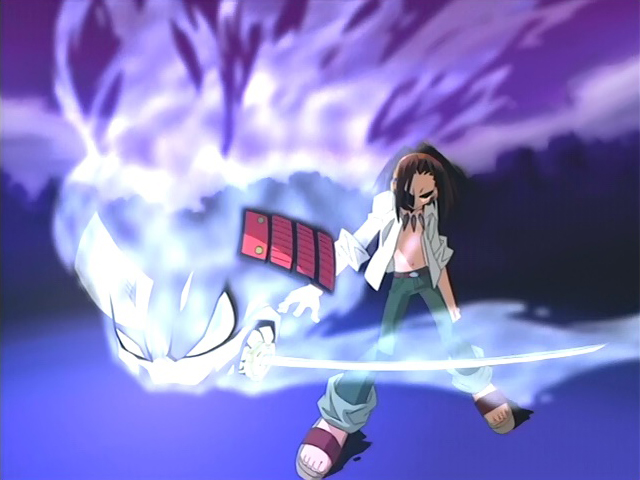 8
Anime where a character works to prevent his birth
9
Movie with forest eating the moon?
6
Anime show featuring a blue boy with arm cannon
4
Anime with the main character that can transform his arm into a giant cannon
5
Anime where they summon monsters using crystal balls attached into their body parts
10
Anime with a boy hiring a creature from a stone, meets a man named Dante and starts a journey to collect crystals
4
Anime or manga with a white-haired main character who goes to demon school
6
Looking for the name of an anime
3
Anime about a character in a magic world but with no magic, so he builds guns instead