Who was Madam in this episode of Batman: The Animated Series?

Re-watching the episode "Baby Doll" of Batman: The Animated Series (technically they changed the name by that point to Adventures of Batman and Robin). I realized that Baby Doll’s henchmen were supposed to be the Skipper and Gilligan from Gilligan’s Island. Is Madam (the red headed bodyguard) supposed to be a reference to another sitcom character? Ginger from Gilligan’s Island doesn’t seem right; Skipper and Gilligan had clothes and physical bodies and haircuts that identified them as such, whereas Madam just has the red hair. 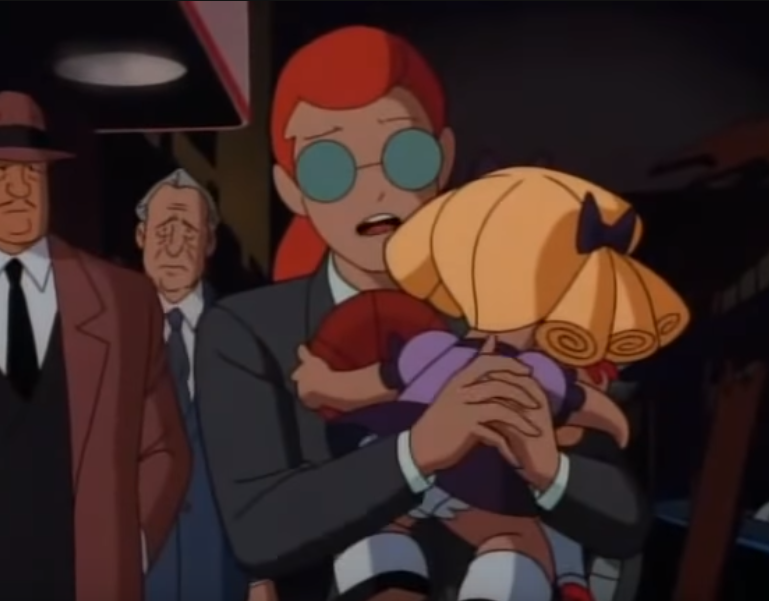 26
What time period is “Batman: The Animated Series” set in?
10
Is Batman: Mask of the Phantasm the same universe as Batman the Animated Series?
4
Who are the villains in this picture?
14
Was this character the only person in Batman: TAS to discover Batman's secret identity?
1
Is there a reason Harvey Bullock in Batman TAS violates the One Steve Limit?
1
Looking for an episode In the Batman Animated Series where Batman copies himself
13
Who is this Batman villain that appears in the book “Batman is Brave!”?
2
In the Justice League episode “A Knight of Shadows”, who was Mordred thinking about?
7
Who are the two thieves that appear the opening of Batman: TAS?