Book about people with telepathy

I remember reading a book, and the "hero" discovered he had the power of telepathy, and then found a woman that also had this power. Before realizing there were many other hidden with the same powers, I thought it was called the Invisibles or something similar?

Book was out in UK. Was Set in USA late 70s early 80s. Bloke took a load of drugs which "opened" his mind, I think the girl a "psychic", but was actually using telepathy. Turned out the Russians and the usa both had active users. read it 40 years ago (1970s) that about all I can remember.

The "load of drugs" is from Pstalemate by Lester Del Rey (Published 1971). The protagonist finds he's telepathic, then learns that every known telepath, ever, has gone completely stark raving mad. He takes hallucinogens repeatedly, trying to induce the worst "bad trip" he can, to steel himself against the madness that will come when he can no longer shield his mind against the world -- only to discover, in the end, that he's also precognitive (reading his own future mind), and was simply "seeing" those bad trips in his flashes of future madness.

The Invisibles by Bernhardt J. Hurwood, fits the description.The book was first published in 1971 in the U.S. The hero overdoses on a psychedelic drug and finds he can astral project and has telepathic ability. It has him meeting a woman who has similar abilities. I believe it had the U.S and Soviet users. It was followed up by The Mind Masters. 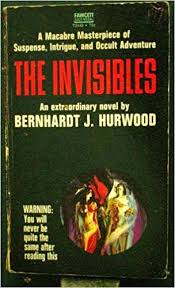 Could this be The Impossibles by Randal Garrett and Laurence M. Janifer under the pen-name of "Mark Phillips"

It's part of a trilogy - I've only read the first one (Brain Twister) and my memory of it is a bit sketchy, but it's about the right period and has competing cold war spy organisations of psychics. Sorry I've not got time to look up further details, hope this is enough to Google it to check it out...