How long has Zoidberg worked for Planet Express?

In the episode Möbius Dick, Zoidberg is shown to be working for Planet Express 50 years ago. In an earlier episode, Insane in the Mainframe, he receives an award from Hermes for 10 years of service.

So which is the truth?

This is speculative, but given the Professor's absent-mindedness it's quite possible that he didn't do all the proper paperwork when founding Planet Express in 2961. If so, it wouldn't have been until a true bureaucrat like Hermes was hired that the paperwork would have gotten done properly and Planet Express could be called an official company. In the episode "The Prisoner of Benda", we can see an Employee of the Year Award for 2993 for Hermes Conrad: 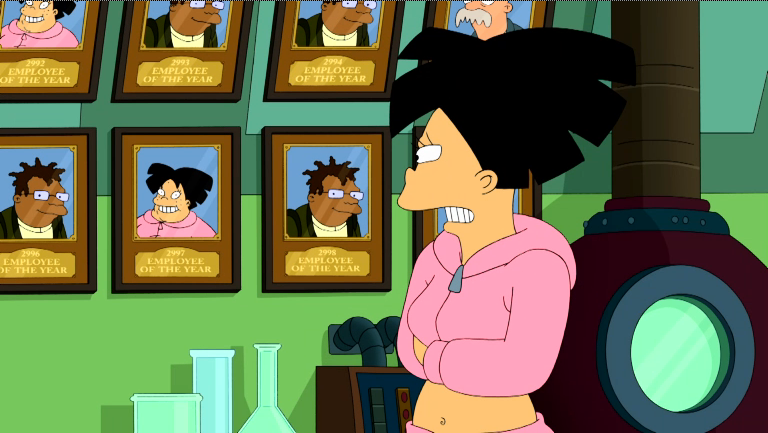 ...and the earliest plaque is for Amy in 2992. So, if Hermes was actually hired in 2992 (thus making that the year Planet Express was officially founded, and when it officially started providing pensions, giving out plaques, etc.) then it would make sense for Zoidberg to get a 10 year award in 3002 during the episode "Insane in the Mainframe" (when Hermes informs him he hasn't paid into his pension fund).

So, even though Zoidberg has been with the Professor since he "founded" his company 50 years earlier, the company itself might have only been official on paper for less time. This would mean that typical company procedures, like keeping track of employee milestones or giving out Employee of the Year plaques, would have only begun occurring more recently. This is the best retcon I can come up with to explain the discrepancy. ;)

Not the answer you're looking for? Browse other questions tagged futurama zoidberg or ask your own question.