How many Batgirls are there?

I have seen many references to Batgirl III Stephanie Brown and then a Batgirl IV, but I don't really know much, I know Barbara Gordon was I, however I don't have much information on the rest.

Depending on how you look at things, anywhere from three to six. Personally, I'd say four.

On a technicality, Barbara Gordon was the first "Batgirl".

However, in the 1950s and 1960s, DC had characters named "Batwoman" and "Bat-Girl" (hyphenated). These were Kathy Kane and her niece, Betty. Despite having the same name, the original Batwoman had a different costume and background from the modern version of the character. Kathy Kane was explicitly intended as a potential love interest for Batman (and her niece, for Robin). 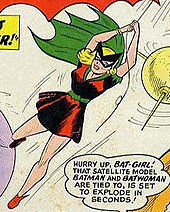 Both characters were retired by the mid-1960s. Kathy Kane made at least one appearance in the 1970s (she was killed off in an issue of BATMAN FAMILY), and Betty has popped up on and off since then. As Bat-Girl, she was a member of Titans West in the 1970s run of TEEN TITANS. After Dick Grayson became Nightwing (named after a Kryptonian character very much like Batman), Betty Kane made a few appearances as Flamebird (the Kryptonian "Batman"'s "Robin"). After the advent of the modern Batwoman, we met her cousin Bette, who took on the super-hero identity Hawkfire for a short time.

Going back to the 1960's, Batgirl (no hyphen) was introduced in 1967, and was none other than Commissioner Jim Gordon's daughter, Barbara. This relationship has been monkeyed with over the years, in part depending on how old the two characters were supposed to be. When he hasn't literally been her biological father, Jim Gordon has still been a father figure to Barbara. 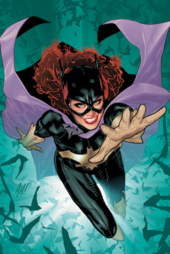 In the 1960s, Barbara was a librarian (as in the 1960s Batman TV show). In the 1970s, she became the U.S. Congresswoman for her district (one of relatively few super-heroes to have also been an elected official). As I recall, you have to be 25 to be elected to the House of Representatives.

When Barbara Gordon was paralyzed from the waist down following the events of The Killing Joke, we discovered in short order that she was a computer genius. She took on the nom de guerre* Oracle, and provided assistance to Batman, the Suicide Squad, and others around the DCU. After a few years, she formed a partnership with Black Canary, leading to the original run of BIRDS OF PREY.

With the 2011 reshuffling of reality following the "Flashpoint" event, her ability to walk was restored, and she became Batgirl once again (and continues in that role today).

While she was Oracle, two others took over the Batgirl role.

During the 'No Man's Land" storyline (when Gotham City, following various natural and unnatural disasters, was cut off from government aid, and took on a resemblance to a post-apocalyptic dystopia), a young woman trained by her father as a killer from birth, Cassandra Cain, met Batman and took on the name Batgirl.

Cassandra's training had been so focused on the physical that, while she understood body language very well, she basically couldn't speak when she was first introduced. Cassandra eventually separated from Batman and gave up the identity of Batgirl. She returned as Orphan with the 2016 "Rebirth" storylines.

Finally, Stephanie Brown took on the Batgirl role for a few years prior to the New 52 return of Barbara Gordon as Batgirl. 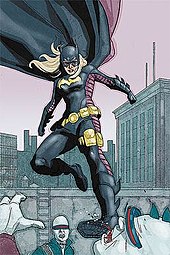 Stephanie has an interesting background. She is the daughter of minor Batman villain the Cluemaster, and became the super-hero known as Spoiler in order to stop her dad (and to get back at him - having a Batman villain as a dad doesn't make for a stable home life). She met the third Robin (Tim Drake) and worked with him extensively. She eventually made enough of an impression on Batman himself that she took over as Robin when Tim was forced to step away from the role due to family issues.

Unfortunately, she violated Batman's rules for a Robin, and he took the role away from her. She went back to being Spoiler for a short period of time, leading up to her supposed death. She was eventually revealed to have been saved and to be living out of the country. In 2009 she came back, and both Barbara Gordon and Cassandra Cain OKed her becoming Batgirl. She disappeared for a while after the "New 52" reboot of DC's reality, eventually returning as the Spoiler again.

That's four. The two I don't count are:

The post-Crisis Huntress (the Caucasian version of Helena Bertinelli), who tried to take on the Batgirl role during "No Man's Land", just before Cassandra Cain took it over; like Stephanie Brown, she wouldn't follow Batman's rules.

And a young girl named Charlotte "Charlie" Gage-Radcliffe with teleportation powers showed up late in the original BIRDS OF PREY run, at first wearing a Batgirl costume of some sort. Once her abilities were revealed (and they realized she was going to keep butting in whether they wanted her to or not), the Birds starting training her, and let her work with them on a limited basis, using a different outfit and the name "Misfit".

Above is a rough Batgirl timeline. The first picture on the left is Mary Elizabeth Bette (Betty Kane), then the next one is Barbara Gordon, then Helena Bertinelli, Cassandra Cain, Charlotte "Charlie" Gaige-Radcliffe, Stephanie Brown, and then Barbara Gordon again.

For the last one, however, in the comic book, Batman HUSH, published in the 2002-2003 Batman series, do not mistake Huntress as Batgirl. 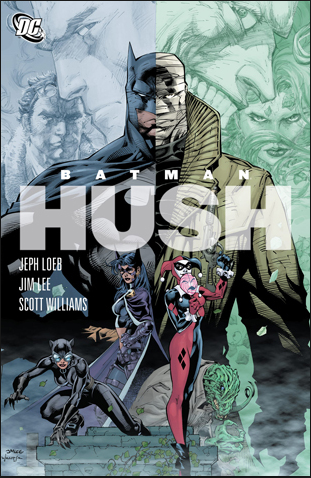 (Huntress is in between Catwoman, Harley Quinn, and Killer Croc.) As noticeable, Huntress defi-nitely looks quite like Batgirl. (Credit to @RDFozz.)

There is also another Batgirl, known as Tiffany Fox, where she is featured in the New 52: Future's End update. She is a 12-year-old who is little sister to the current Batwing, Luke fox. 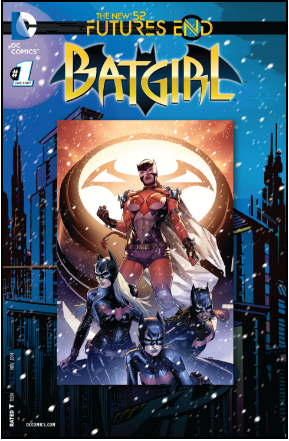 With that said, the current Batgirl is also part of New 52, namely Barbara Gordon. Go here for a full description of at least most of the Batgirls. (I say most because there could be another Batgirl out there, perhaps hidden between all the changing Batgirls.)

If you prefer watching videos instead as opposed to reading and reading and... well go here.

Not the answer you're looking for? Browse other questions tagged dc batman batgirl or ask your own question.

11
In the New 52, did Barbara Gordon become Oracle?
13
Why was Batgirl changed from being Commissioner Gordon's daughter to his niece?
16
Why is Batwoman part of the bat family?
18
Who are these Bat-family members?
3
Was there any canon description of the extent of Barbara Gordon's paralysis?
4
How Many Batman Canons Are There?
6
First appearance of Batgirl?
9
Are there any other examples of a Batman - Batgirl relationship besides the one given in "The Killing Joke Movie"
7
Who is the medium sized Robin?