Are the Xindi-Aquatic the only sentient water-breathing aliens in Star Trek?

It seems that the majority of alien species in Star Trek breathe oxygen-rich air just like Humans. The Benzites seem to breath some other mixture of gases, and I believe Jadzia mentioned a Hydrogen-breathing alien in an episode of DS9 once. But what's surprising given Star Trek's fascination with sentient aquatic mammals from Earth is the apparent dearth of sentient water-breathing alien species. I can only think of one: the Xindi-Aquatic.

Are there any sentient water-breathing aliens in Star Trek other than the Xindi-Aquatic?

Earth dolphins and whales are not water breathers, they're just really good at holding their breath. And they're not aliens to boot, so doubly disqualified. I'm not interested in any further commentary on dolphins or whales.

The Aquans on the planet Argo are water breathers in "The Ambergris Element". But that is an animated episode and so might not be counted by as canonical. 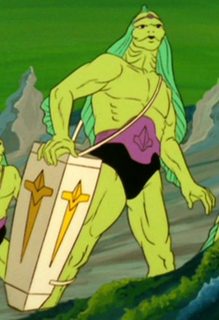 Counselor Troi is a water-breathing alien in the TNG episode 7x19, "Genesis" (at least to the extent that a half-Betazoid is an alien) 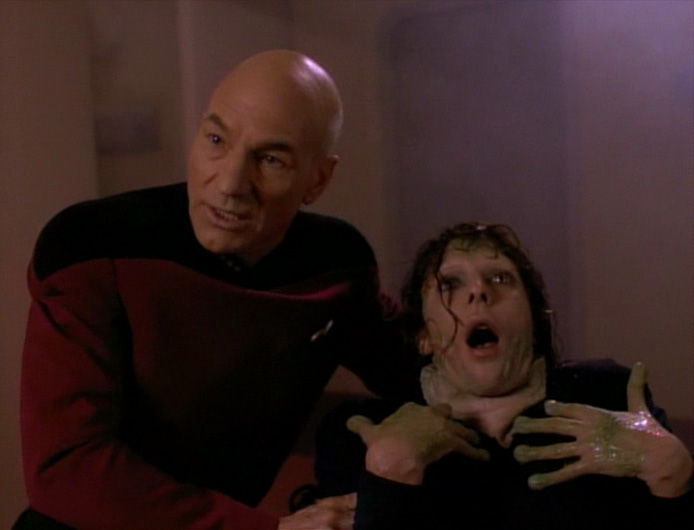 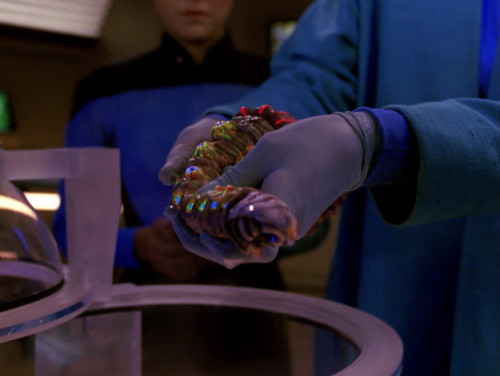 They originate from natural pools such as in the Caves of Mak'ala ("Equilibrium").

While it is clear they don't need to be submerged all the time to breathe (they can derive respiration from their host and don't appear distressed when exposed to air for a relatively long while), they breed and are born in the pools and they appear completely at ease while submerged in the pools so it appears they are naturally aquatic and water breathers. 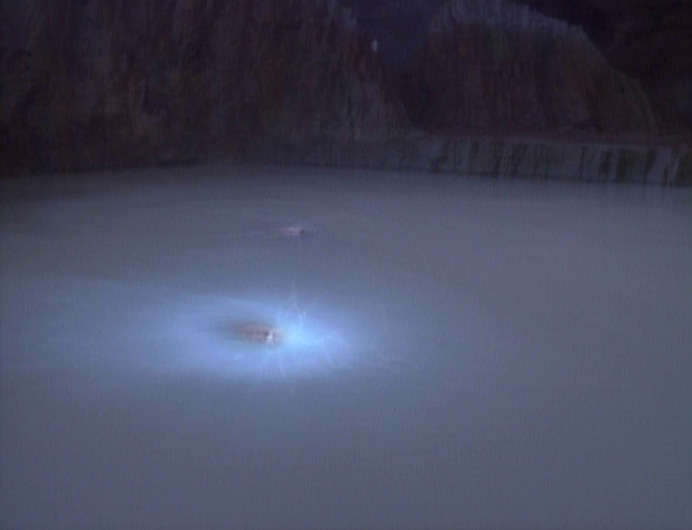 Going out on a limb here, happy to be proven wrong...

No, the Xindi-Aquatics are the only water-breathing species in Star Trek Canon.

There are species that are almost there, but not quite:

Assuming that aquatic lifeforms use gills to extract oxygen from water I searched Memory Alpha for "gills".

The Amphibian page lists, among Troy and Paris who have already been mentioned here:

Not many, but the Xindi-Aquatic aren't the only ones.

Not the answer you're looking for? Browse other questions tagged star-trek aliens or ask your own question.

10
Are there any other sentient species on Earth in the Star Trek universe?