What happened to the Planet Express crew Leela and Fry replaced?

They were killed and the previous ship lost during a mission to gather space honey ("The Sting", S5 E9). 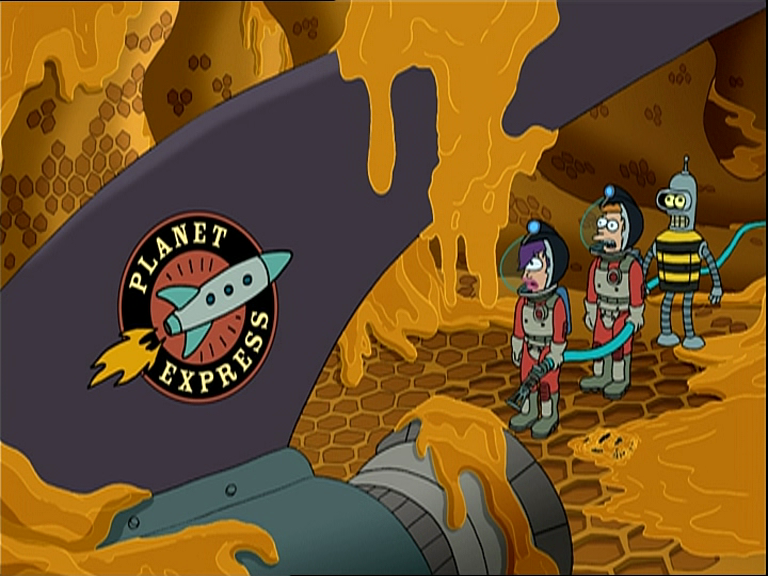 As written at the end of Space Pilot 3000, it was a space wasp that led to the demise of the crew that Fry, Leela & Bender replaced. It became bees later in "The Sting", as already mentioned.

The wasp presumably ate them, as opposed to the bees, which were simply trying to sting them to death in a manner where their "eyes boiled out like science fair volcanoes" (AFAIR). 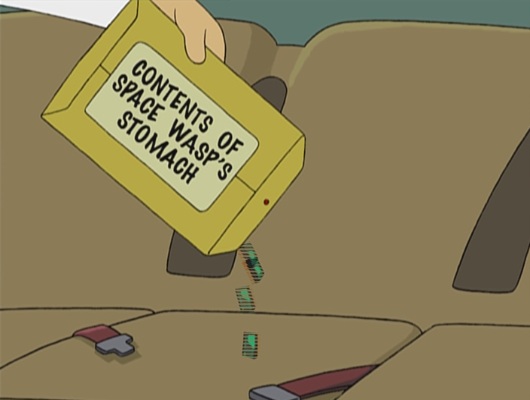 There is the professor holding the envelope with the career chips.

The pilot episode reveals that the crew before them were eaten by Space Wasps. When Leela points out that they still need carrer chips (I know. What are those, right.), the professor pulls out a bag labeled 'Contents from Space Wasp's Stomach'. Yet in 'The Sting', the professor says that the crew died while gathering space honey from space bees, making a liar out of the pilot.

Yet in one of the more recent episodes, the current crew were revealed to be lost while trying to kill a Moby Dick like space whale, thus making liars of the previous two episodes about the previous crew.

Therefore, I have come to the conclusion that there are more than one previous crew and I feel that we will see more fates of other crews.

I believe in "Mobius Dick" we're dealing with the FIRST crew rather than the one directly before this crew. I imagine there are probably several crews--all of them ending in some horrible fate because of their competence. It seems INcompetence is what keeps THIS crew alive.

10
Was there a common influence for the characters Leela on Futurama and Aeryn on Farscape
1
What was written on the paper Bender gave Leela and Fry that said what would happen if they ended up together?
9
Why didn't Zoidberg die after having sex with the professor when Fry and Leela were in their bodies?
6
Why is Leela 'The Other'?
9
How did the Professor get his hands on his old crew's Career Chips?
19
Why is Nibbler's name so close to the species name of the Nibblonians?
3
In Futurama, are there jungles on Earth?
4
What really happened the night that Fry got frozen? (In terms of time travel)
7
When did Earth stop selecting jobs for its inhabitants?