I've read a great book in the late '80s or possibly early '90s, and cannot remember either the title or author. It was about the beginnings of a breakdown of society due to mass infertility ... might have been something in the water.

Society has turned into a ugly patriarchal system, with the few women who are still fertile tightly controlled, but not by governments. It's more like cult-like groups.

The main protagonist is some type of ex-soldier and gets in with a group of sensible people. He has the skills to protect them and falls for a woman there. At one point they decide to have a last stand in a supermax prison. It was built but never used due to the breakdown, but turns out to be a great fortress.

During the last part of the book there is an attack by some group. The protagonist leads the defence and prevails. His girlfriend who is somewhere else during the attack later tells him how she baked a cake to keep her mind off things.

It sounds very chauvinist but is actually not and a great read. It's not "Children of Men", "The Handmaiden's Tale" or other common ones.

Here's the book cover, thanks to the answer below. 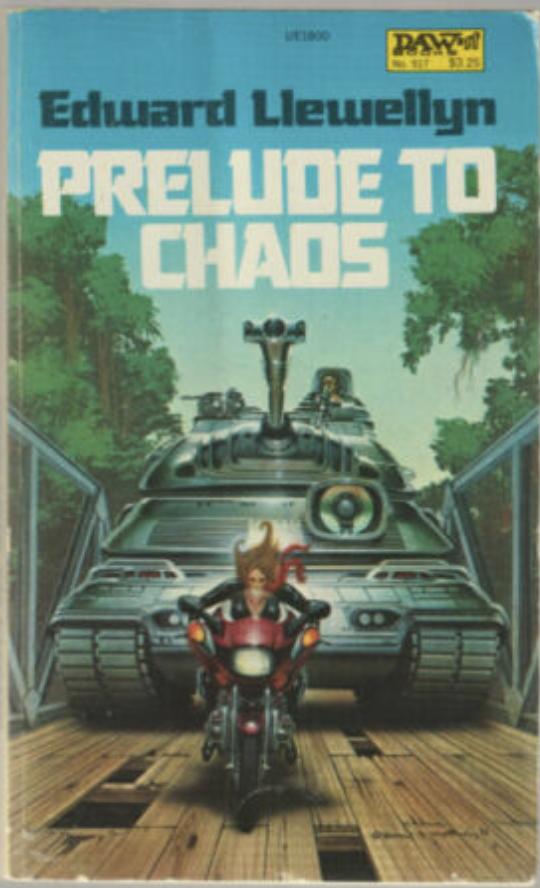 Rear cover synopsis: "Gavin Knox was bodyguard to the President of the United States and witness to a crime which could shake civilization to its foundations.

Judith Grenfell was a neurologist who discovered a side effect of the most common pharmaceutical on the market which could cause the greatest biological disaster in human history.

Both were prisoners in the most advanced maximum-security prison ever devised.

Without their information the few survivors of biological catastrophe could dissolve in bloody civil war. They had to escape, and fast, to safeguard the survival of the human race, or leave the world barren for eternity."

Prelude to Chaos by Edward LLewellyn. Your plot summary is pretty much spot on just a little jumbled. As a result of global infertility the USG moves in to take control of those remaining women who are still able to bear children. The primary hero is a bible-quoting SF guy who keeps a weapons cache by the gravestone of his dad/grandfather.

Loved that book back in high school.

This could be Implosion (1967), by D. F. Jones. I have not read this book, but a similar question appears on another website, with this as the confirmed answer:

I think that this is Implosion by D.F Jones.

A Soviet bloc country puts a sterility drug (Prolix) in Britain's reservoirs, one way to save the nation is determined, all women with a natural immunity to the drug must be placed in special camps where they can be bred from like prize cattle.

The women are given hormone treatment to help produce multiple offspring at a time even though this seriously affects their health, and they eventually die of exhaustion.

The women are called "Nation Mums" and a Drs wife ends up becoming one.