Can these characters be mind-controlled by Poison Ivy?

Poison Ivy has been known to seduce and control her victims by some sort of pheromones.

Can she do the same to some of the superpowered, nearly invulnerable members of the Justice League like Superman, Wonder Woman and the Martian Manhunter?

Poison Ivy, at the very least, is able to control Superman as seen here: 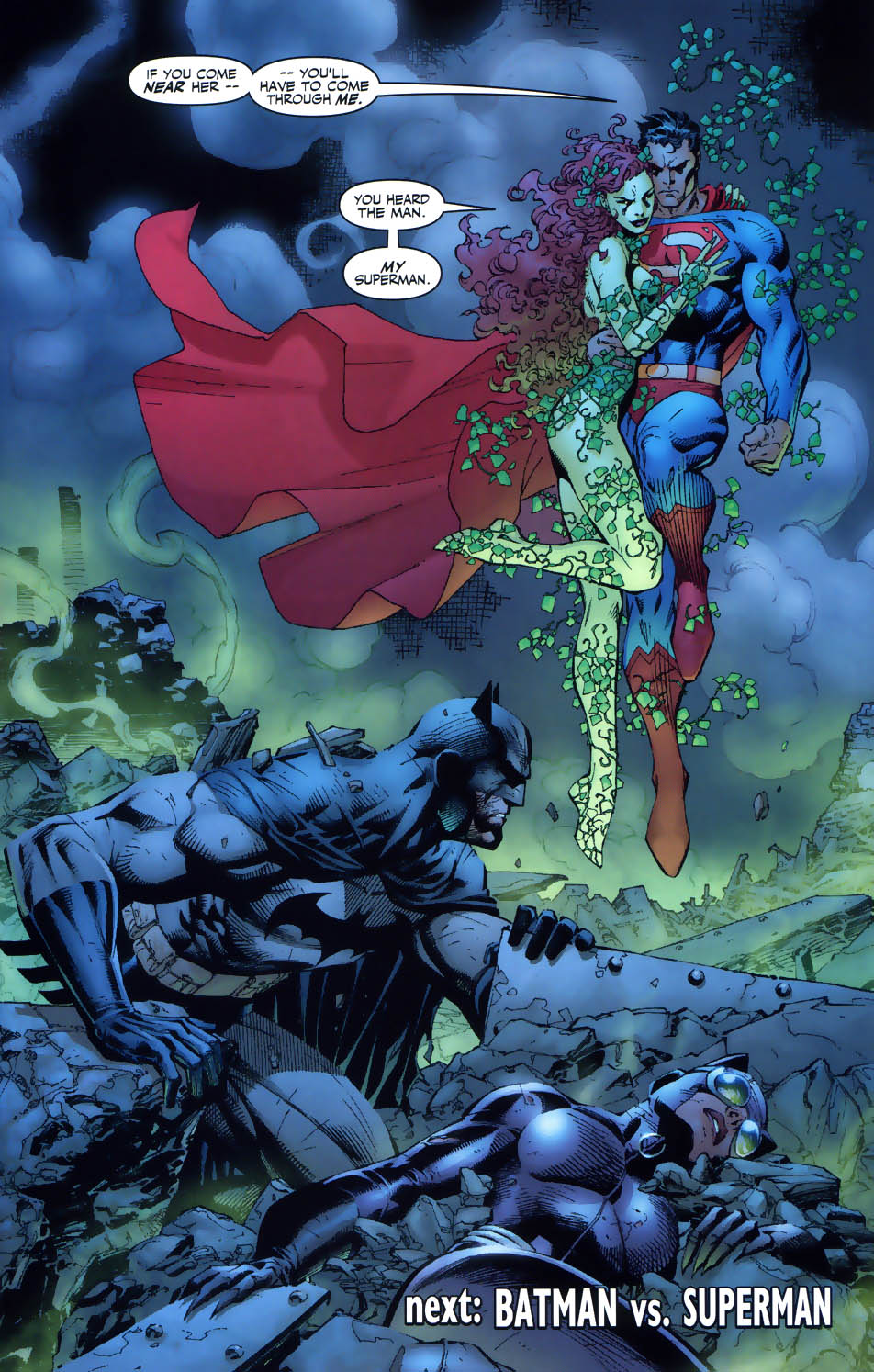 She did that several times, although not always the three of them at the same time.

See sudhanva's answer above for the most relevant panel. Note that three issues earlier, in Batman #608, Poison Ivy states to Catwoman that

You know you can't resist me. No man or woman can.

Granted, it's probably partly boasting, since both Catwoman and Batman resist her some issues later, but she was able to subdue a literal "super" man. Had she sought out Wonder Woman and Martian Manhunter, she might have succeeded.

This is basically the plot of Batman #41-43 (2018). In this arc, entitled "Everyone loves Ivy", Poison Ivy controls all 7.5 billion people. Batman, who injected Catwoman and himself with an anti-control serum just in time, discovers she controls everyone through the greens they ate; since a guy he knew, who was allergic to greens, is nowhere to be found (Ivy hides him).

Poison Ivy controls everyone, and when I say everyone, I mean everyone.

That includes the Justice League: Flash, Wonder Woman, Superman, Cyborg, and Jessica though she's not featured on this cover... 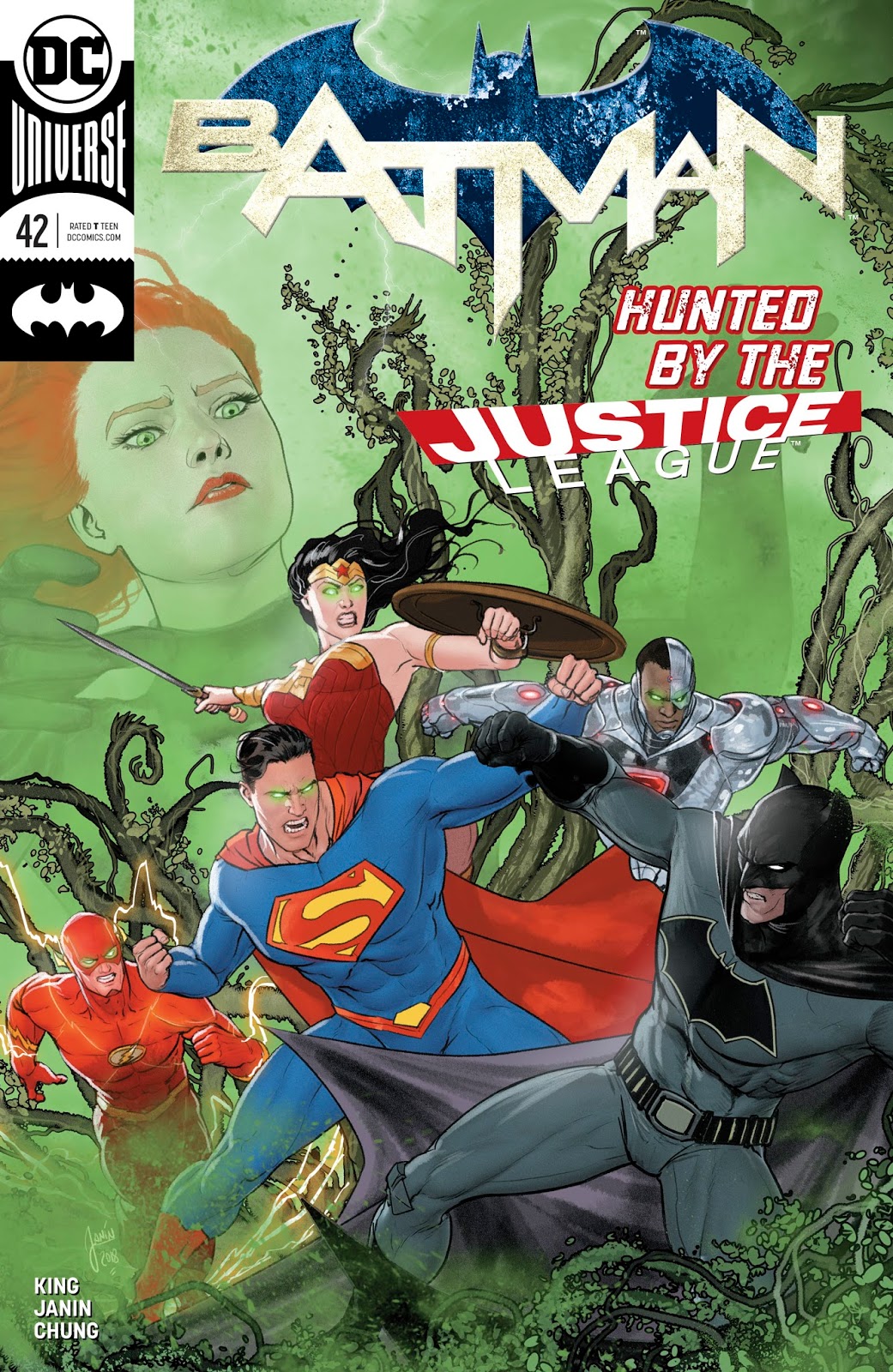 That also includes Supergirl and Kong Kenan, Super-Man of China, who are both on a level comparable to Superman's... 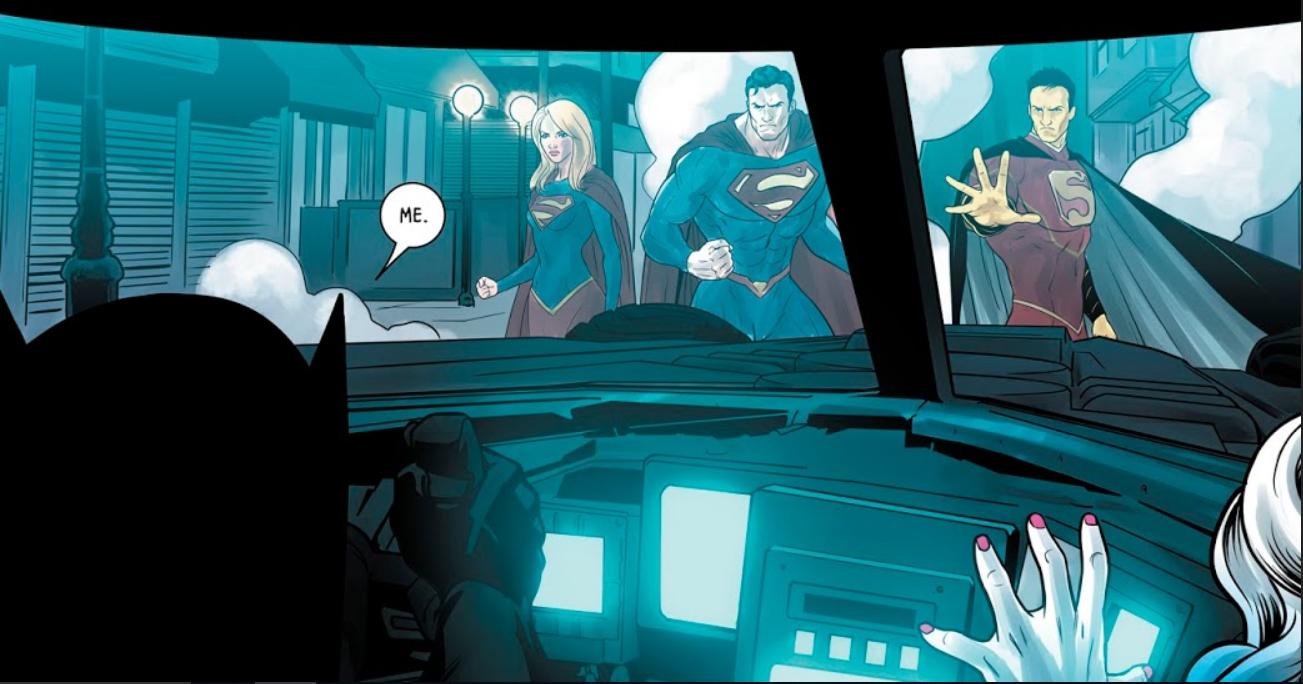 Martian Manhunter is not featured in this arc, nor is he featured in many Rebirth comics for that matter, but take a look at this panel of people being mind-controlled by Ivy. 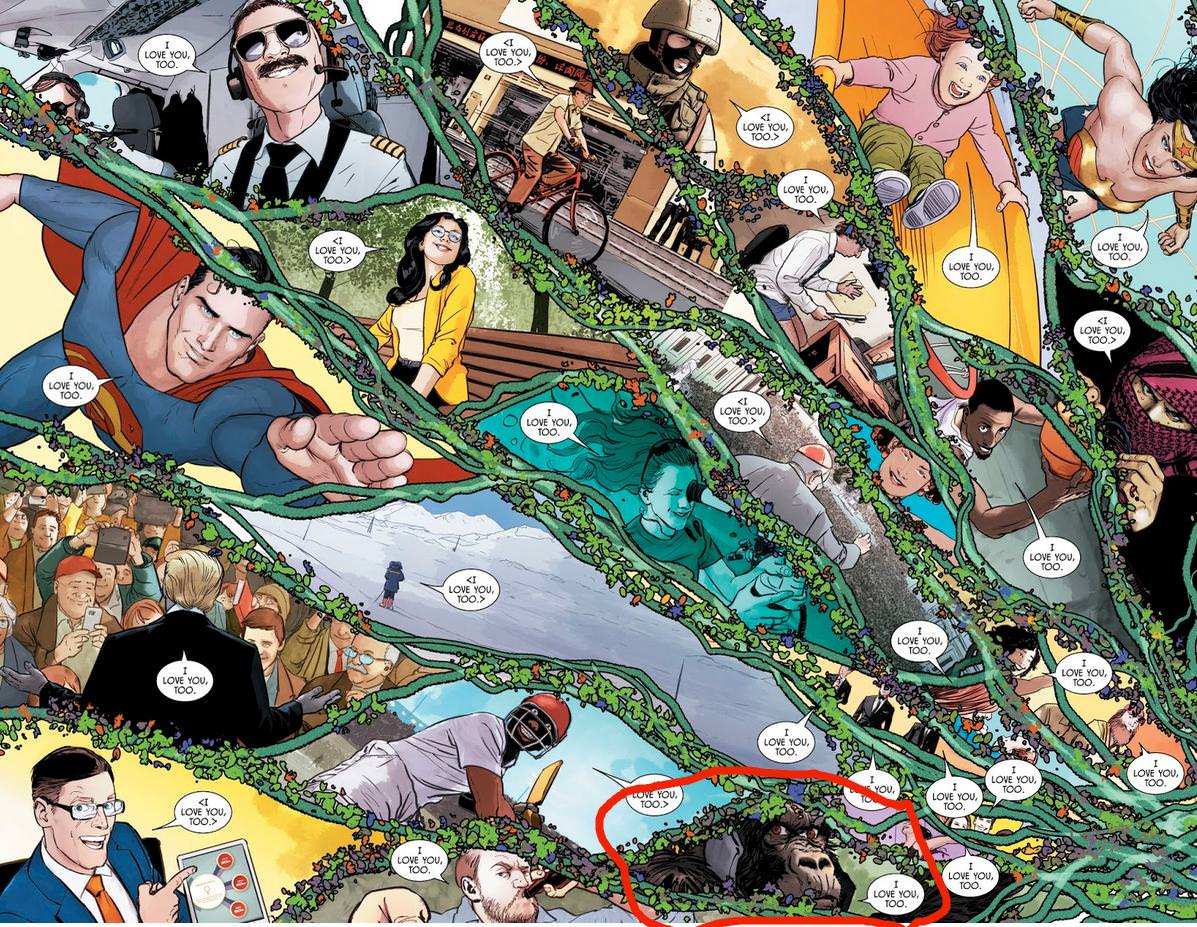 The character in the freehand red circle is likely Gorilla Grodd: the thing on his ear is reminiscent of Grodd's helmets, and he's the most well-known DC gorilla. Gorilla Grodd is a very powerful telepath; his powers rivals J'onn's and he even subdued him twice, once in Justice (2005) and another time in Justice League United: Futures End (2014).

If Ivy can dominate Grodd, I reckon she'd be able to control Martian Manhunter as well, provided he ate greens (which is plausible, in his human identity for instance).

Not the answer you're looking for? Browse other questions tagged dc justice-league mind-control or ask your own question.

8
Identify a story in which Watch Tower was crashed on the Moon and Wonder Woman murdered a guy
3
Is there any plan to expand Arrow/Flash-Verse to include the rest of the Justice League?
11
What were the votes for Hawkgirl to remain in the Justice League?
5
Did Hawkgirl in the DCAU ever have a musical theme?
21
What are the Justice League members’ weaknesses?
2
Did Batman have a thing for Wonder Woman in the New 52?
9
Who is the seventh person in the “Unite the Seven?”
14
Has Wonder Woman ever gone rogue?
4
Is Superman more powerful than the Greek gods?