I read it when I was a kid maybe 25 to 30 years ago. I remember details about how he built it, but not if he/they flew anywhere. Maybe it was built/stored in a cave at the beach??

I don't think it is "Welcome to Mars" or "Rocket Boys". I've google searched quite a bit. Any hints? Thanks

I'm going to go with "The Wonderful Flight to the Mushroom Planet" or one of its sequels.

The kids built the ship with the help of the enigmatic Mr. Bass, and as you mention, stored it on a cave in the beach in Pacific Grove, California. They fly to an unknown natural Earth satellite, Basidium.

Here's the ship in the cave on its cradle: 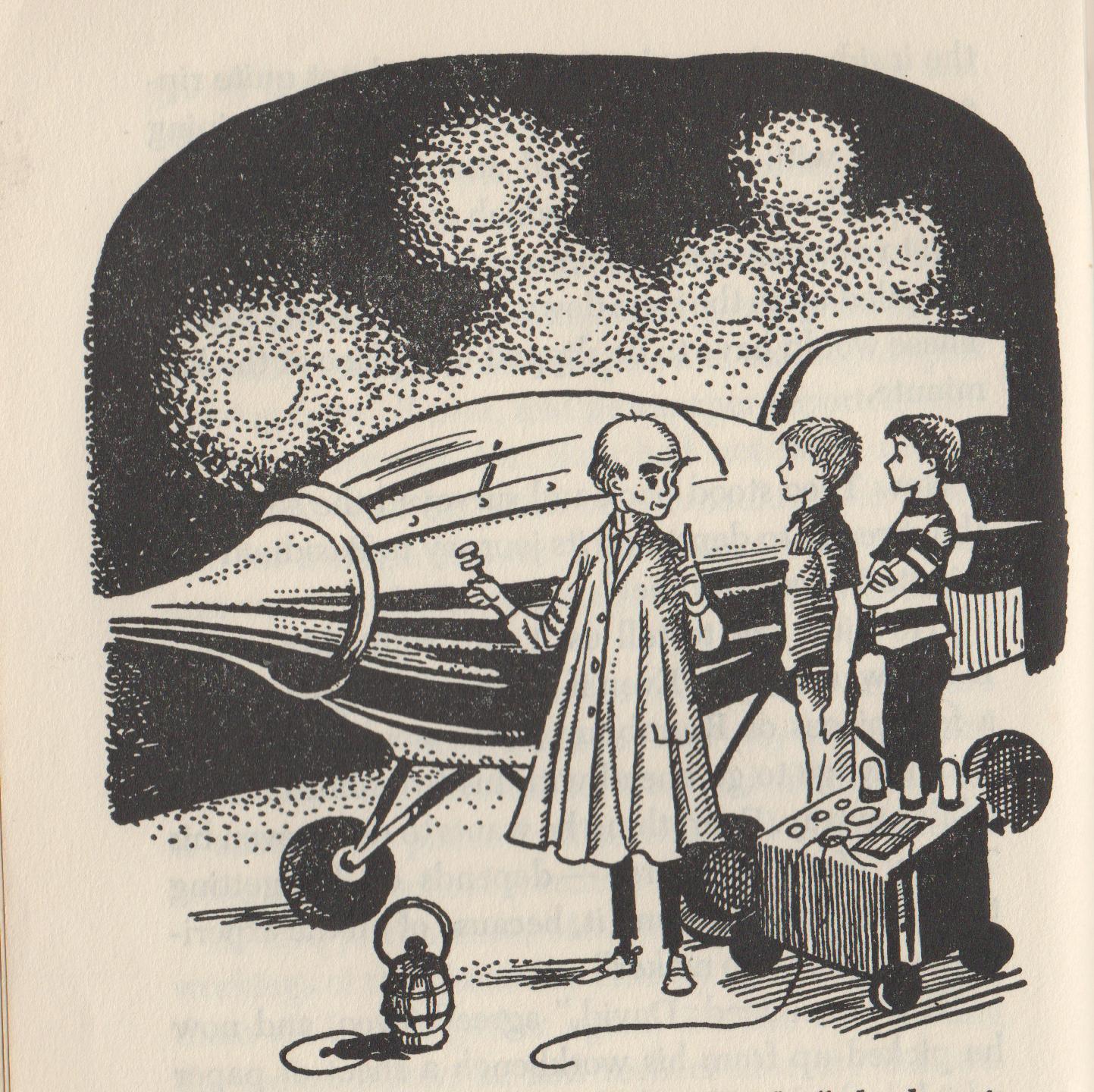 If you remember details, you may remember the "steady peeping of the oxygen urn"!

These pictures are scanned from my old copies of the books from the 50s and 60s.

In Rocket Ship Galileo, Ross, Art, and Morrie help Art’s uncle, atomic scientist Donald Cargraves, build a rocket ship and fly it to the moon. There, they discover a Nazi stronghold (this was 1947) and thwart an attempt to resurrect the Reich.

The Rolling Stones? From Wikipedia:

The Stones, a family of "Loonies" (residents of the Moon, known as "Luna" in the book [from the Roman goddess]), purchase and rebuild a used spaceship and go sightseeing around the Solar System.

The twin teenage boys, Castor and Pollux, buy used bicycles on Luna to sell on Mars, their first stop, where they run afoul of local regulations but are freed by their grandmother Hazel Stone. While on Mars, the twins buy their brother Buster a native Martian creature called a flat cat, which produces a soothing vibration, as a pet.

16
And now, for something completely different: The mushrooms are among us

4
Looking for a comic book about space travel and a royal family
21
looking for a short story about a college/high school kid who lives billion of years and witnesses the end of the universe
4
Looking for movie title, had a "pandora's box" in it
1
Paperback novel about a sea or lake monster (I think)
10
Looking for tv series title about space ship hidden on earth
44
Late 1960's Comic Book with H shaped space ship
14
2000s(?) book about about an amateur space ship powered by squeezing space-time bubbles