I saw this movie in 1999 or 2000 on TV (when they wouldn't even display names during the movie). It was a futuristic "Govt + Army against rebels" kind of a movie with a female central character. I remember 4 things from the movie:

Looked like a hell of a movie but I have never been able to track it! Would appreciate if anyone can help!

Sounds a bit like Tank Girl, though I don't remember the "oil change" bit off the top of my head. 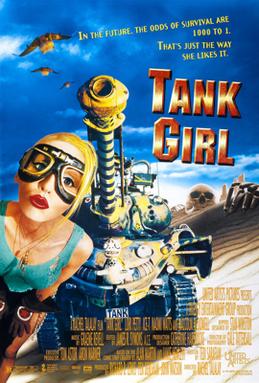