I remember parts of a story about some researchers finding a society of sentient dinosaurs. I believe they lived underground. From what I recall there were some steam punk elements and I think crystals were important.

From what I recall (this might be wrong) there was a book and also a movie about that story.

In the process, humans lived with these dinosaurs. I am not sure if that was like that from the beginning or if that happened later. 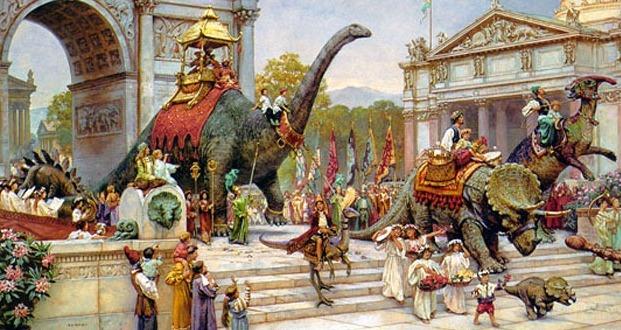 Dinotopia is a fictional utopia created by the artist and writer James Gurney. It is the setting for his illustrated book series about an island inhabited by humans and sentient dinosaurs who have formed a complex, interdependent society.

The Dragoncopter was an experimental aircraft designed and built by Arthur Denison. It was a steam-powered ornithopter built to resemble a dragonfly. The engine also used kerosene in some capacity. The machine was primarily a glider; the engine was only capable of providing five minutes of powered flight. 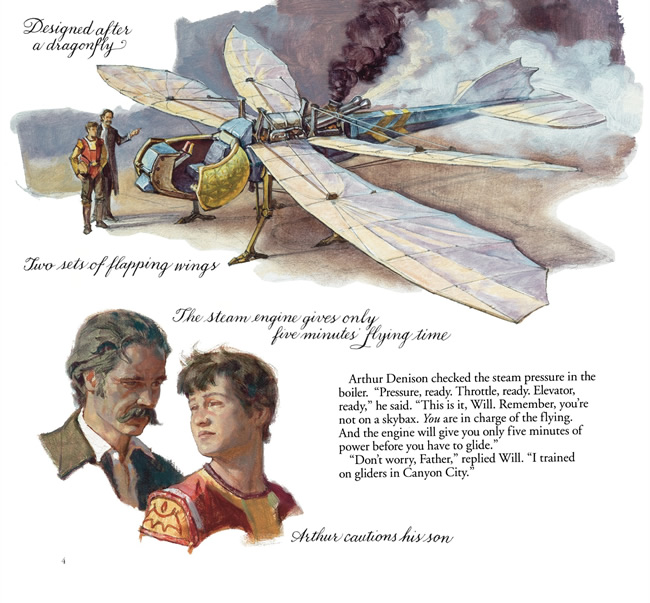 Crystals (note: appears to only be prominent in the filmed version)

Sunstones are the power-source of Dinotopia. They provide protection to the island by amending a high-pitched sound when placed in a sunstone holder that keep the Carnivores inside the Rainy Basin and the Pteranodons in the lower half of Canyon City. All towns and cities own a sunstone for protection in the miniseries and tv series.