Do any other TNG-era Romulans lack brow ridges?

In the second half of the TNG episode "Unification", Ambassador Spock is hanging out on Romulus teaching the Romulans about Vulcan culture. While attempting to find him, Captain Picard & Data both disguise themselves as Romulans, yet Spock does not. On multiple occasions, Spock is seen walking outside among Romulans without a second look, despite having no brow ridges. He's literally just a Vulcan dressed in Romulan clothing.

We should also consider another Romulan, Tallera, in the 2-part "Gambit" arc, who is

actually a Vulcan intelligence officer in disguise as a Romulan... and she has the brow ridges to complete her disguise.

I assume that Spock's lack of brow ridges was largely for actor Leonard Nimoy's comfort, but it has me wondering... are there any other TNG-era Romulans who lack brow ridges?

Note: I've ignored both T-Pel and Sela since there are obvious reasons they wouldn't have ridges.

I don't know if this counts. But Commander Sela (Tasha Yars daugther with a Romulan) has not even a hint of the brow ridges: 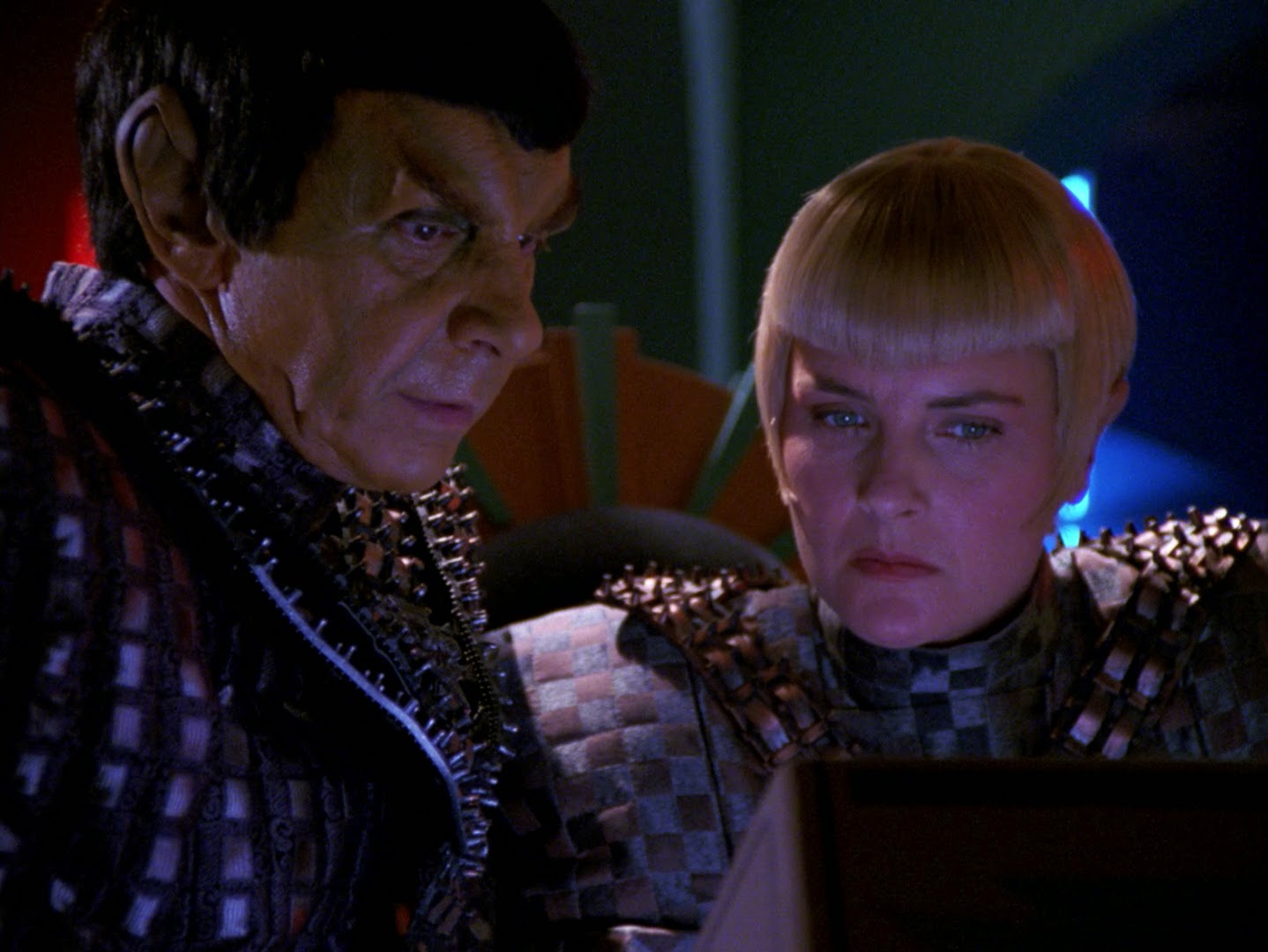 I am not aware of any other half Romulan / half Humans, but with any other species, the child usually inherits traits from both species.

Not the answer you're looking for? Browse other questions tagged star-trek star-trek-tng romulan or ask your own question.

13
Constitution Class in TNG era?
3
If Romulans so deceitful and vicious, how can they make any allies?
29
Which character from Star Trek (TNG era) “died” the most times?
15
Have we ever seen the Romulans successfully outmaneuver any other race or political group?
6
Which TOS characters do we see in TNG-era canon?
4
How do the Cardassians and Romulans relate to one another (TNG era)?
7
What is the population of Romulus in the TNG era?
0
Were the Romulans intended as comic relief on “TNG”?