Can't remember a whole lot but it's a Space movie where a guy boards on with his ex wife/girlfriend and shes like a doctor who examines them and gives them daily shots. There are about 4-5 crew members and they find an Earth like planet which is a ghost town until they go in a building and the people they find are acting weird and give the crew weird green goopy soup. I don't remember much else but one of the crew members goes off with a girl and doesn't come back I think.

The green soup and the ghost town sounds like 400 Days (Wikipedia). 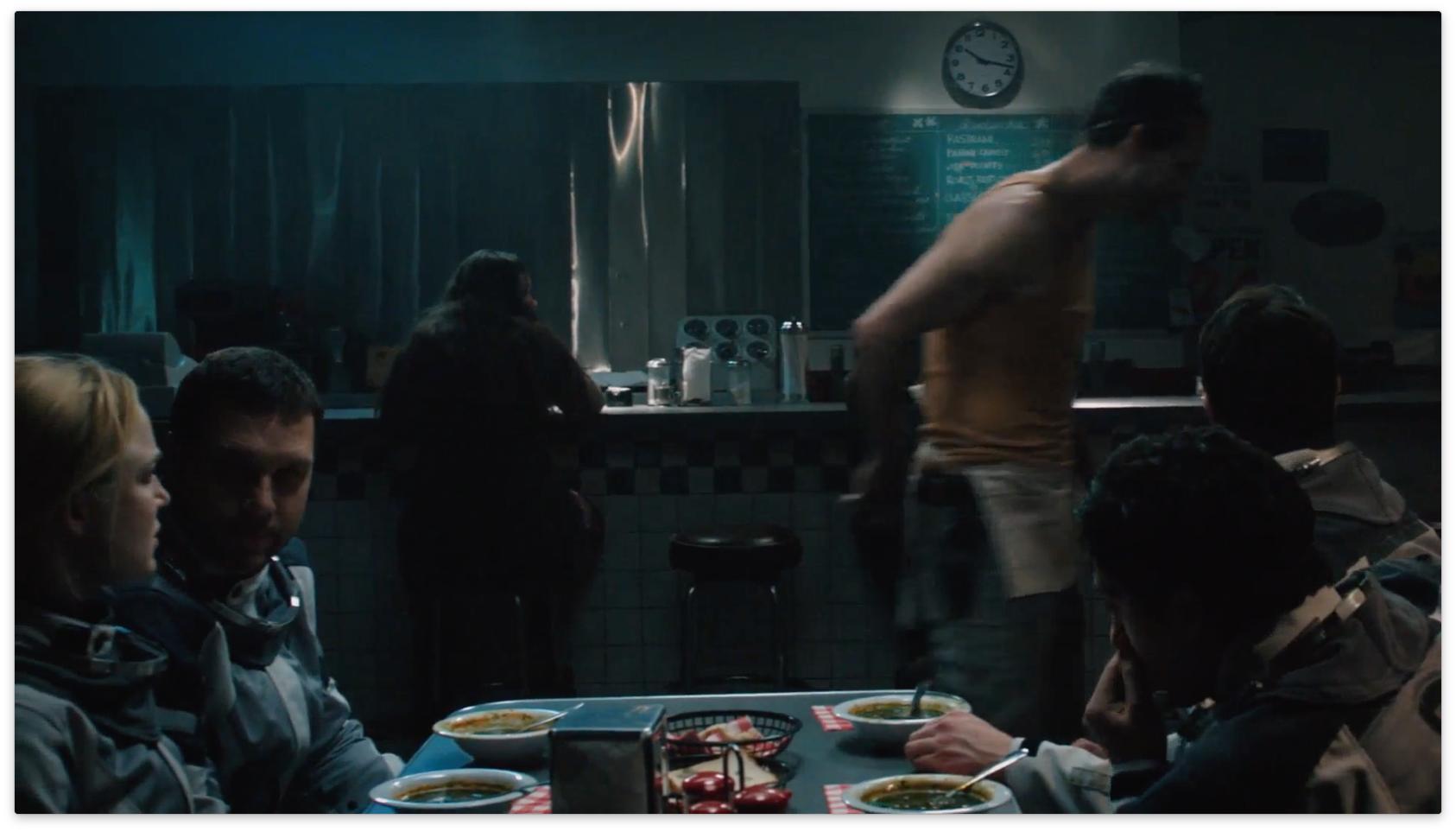 There is a four person crew with a similar relationship dynamic… the ships Doctor/Physcologist was his fiancée not his wife, but she bailed on him. She administers immunisation boosters regularly. 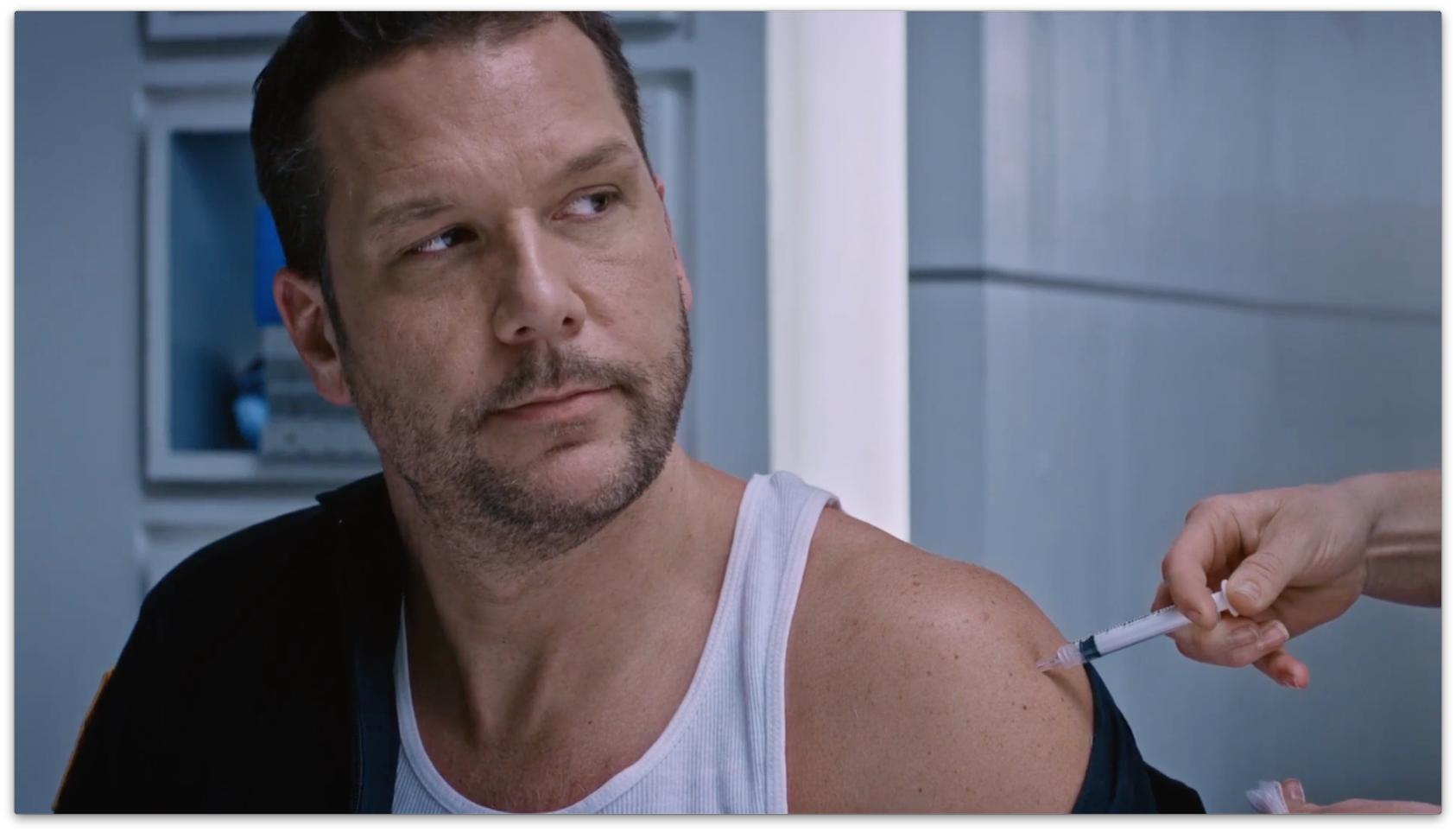 The big guy "Cole", getting the shot above, is the one that goes to the bar and disappears after meeting up with a women he's convinced was at their "launch" ceremony.

The other difference is that they are on a 400 day long simulation of a space flight not an actual flight.

According to the people from the town

The moon was destroyed by something, resulting in a dust cloud that covered the world… bringing about the end of civilisation.

Not the answer you're looking for? Browse other questions tagged story-identification movie space or ask your own question.

10
80s Sci-Fi movie with a monster-astronaut
4
Anime movie about a boy in a ghost town
4
Movie about a haunted house involves killing in dreams / Swimming pool
1
Trying to identify zombie movie from 80's or 90's
10
Space cartoon from the 80s or 90s
9
Weird movie with winnebago-submarine thing surviving a global flood
9
Anime movie about space aliens and robots
11
Movie in which aliens disguise one of them as a cartoon chicken, mistakingly thinking it will help him blend on Earth