Besides the famous captains, do we actually know anything any Admiral did to earn that rank?

As far as I recall, we know of the following admirals in the future:

For these four admirals, it's not hard to imagine what accomplishments or demonstrations of skills they have made which were deserving of that rank.

But among the many Admirals, including Fleet, Vice and Rear Admirals, do we actually know of any specific accomplishments, skills in their past (or any significant backstory at all) worthy of earning that rank?

You are confusing "actions" and "skill" with rank. A common mistake, but in a military organization, a person's rank is often dependent upon the position they hold, and not always based on their qualifications or skill, although the qualifications they possess may make them more eligible for such a position.

This question is a.k.a. "What makes these guys more deserving than Picard, e.g.

Nothing about these people makes them more or less deserving than Picard. The difference is they chose to accept a position that would require they hold the rank of Admiral, whereas Picard elected to keep his post as commanding officer of the Enterprise, which was a posting that required a Captain's rank. If it required an Admiral to be in command, he may have been promoted.

As you may recall, Picard was offered the position of Commandant of Star Fleet Academy in Season 1, a position that would require he hold the rank of Admiral. If he had accepted that post, he would have been promoted, but he chose to remain on the Enterprise, hence continued to hold the rank of Captain.

This is no different than the circumstances that surrounded Kirk in the early Star Trek movies. After returning from his 5 year mission, he was promoted to Admiral, and command of the Enterprise was given to Decker (Star Trek TMP) and later Spock (Star Trek II). It wasn't until he was "punished" (at the conclusion of Star Trek IV) by being demoted to Captain was he formally reassigned to commanding officer of the Enterprise.

So in short, nothing these people you mentioned was more or less deserving than Picard. But the position they were asked to take and chose to accept dictated that they be promoted.

I'm answering to both your original questions and to your comment "There are an awful lot of admirals with virtually no backstory. Are there any with any?"; so I'm providing also background info about What they did before appearing on-screen? along with What they did before becoming admirals?

Admiral Leyton was previously Captain of the USS Okinawa during the Federation-Tzenkethi War, and had Benjamin Sisko as Executive Officer. They generally had a good working relationship, and Leyton appreciated Sisko's honesty, despite being a decisive commander.

His previous relationship with Sisko led him to try to enlist the commander of Deep Space 9 in his attempted coup d'état against the Federation's President. 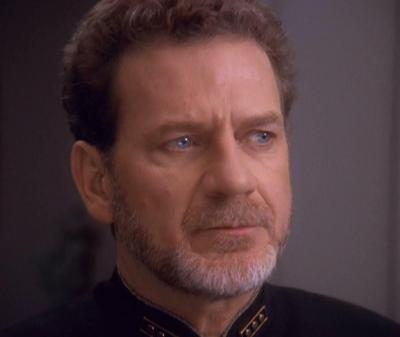 Admiral William Ross was the Starfleet military leader during the Dominion War. He commanded from Starbase 375.

DS9 scripts described him as a man no older than Sisko, [that] shows signs of the burden of office. Barry Jenner, the actor that portrayed him, said that Ross "was obviously a line officer who'd seen a lot of combat, seen a lot of people killed, and he's got a lot of memories".

It seem that Ross had a career as a military leader, a field where he acquired great experience at a great personal expense; that possibly had a role in his promotion to Admiral, and to him being chosen for the role of Starfleet Commander during the War. 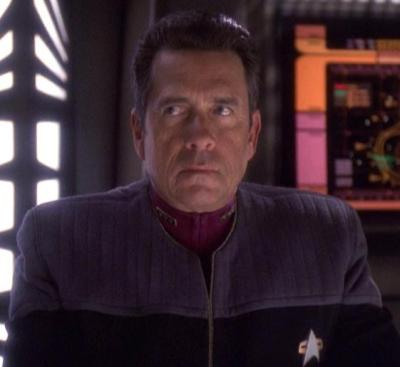 Admiral Owen Paris was previously Captain of the USS Al-Batani, and took part in the mission known as the Arias Expedition.

He held several high ranking posts in Starfleet from captain to admiral, and was notably known as a Starfleet Academy instructor, where he also taught to his own son, Tom Paris. 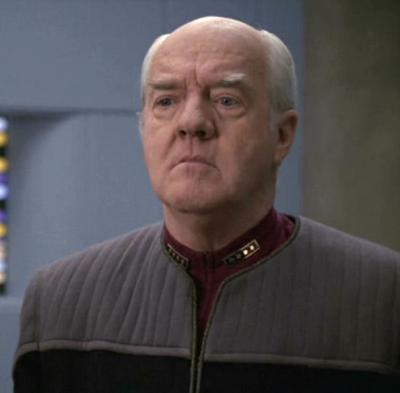 Admiral Mark Jameson, while holding the rank of Commander, was sento to negotiate the release of hostages on Mordan IV. His mission was successful but controversial, as he violated the Prime Directive and many Federation principles.

He advanced through the ranks until he reached Rear Admiral, his last command was the USS Gettysburg. He contracted Iverson's Disease and was eventually confined to wheelchair. 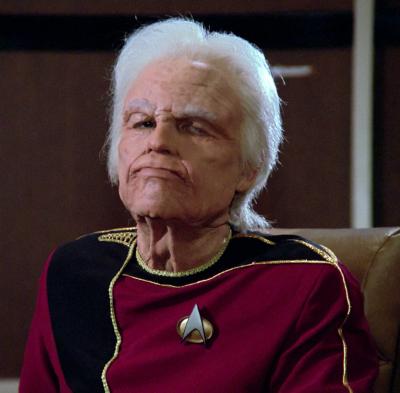 Admiral Erik Pressman was a previous Captain and commanded USS Pegasus (William Riker was serving here too, as an Ensign), a ship used as a testbed for various technologies, most notably a phasing cloaking device. These experiments were illegal, and he faced an inquiry, but had no further consequences.

He obtained a position within Starfleet Intelligence, and later was given the rank of Rear Admiral. 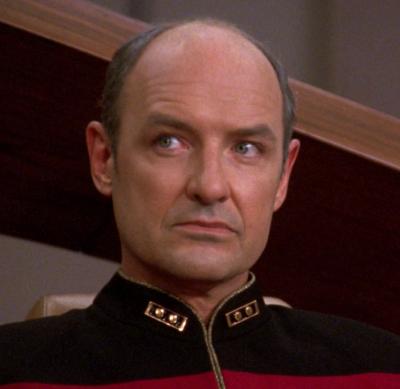 21
Are the Star Trek Next Generation rank pips based on anything from real life?
10
How did Worf's adoptive father know O'Brien's rank?
18
Why did the producers of Star Trek: TNG choose to characterise the new Captain as French?
7
How did Beverly Crusher attain the rank of Commander?
7
How did Admiral Janeway actually travel back in time?
15
Why was Kirk promoted to Admiral?
9
Is there evidence to suggest that Captain Lorca and Garth of Izar are the same person?
5
Do we know of any history between Admiral Kirsten Clancy and Picard?
11
Who is the youngest Starfleet Admiral?