Why are turbolasers called “lasers” when they appear to be scaled-up blasters?

Why do they call the "turbolasers" from Star Wars that? They aren't actually lasers, as you can see the blast of energy flying through space and it isn't going at the speed of light, yet they still call them "turbolasers".

Does anyone know why they call them that? I am asking why are turbolasers called lasers when in actuality they fire highly energized gas projectiles?

There's a nice description of how the turbolaser works in the Star Wars: Official Fact File #45. In essence, the technology uses lasers to energise the plasma which is then ejected at high speed toward the intended target.

Imperial turbolaser technology uses intensely focused lasers to energize compact pockets of Tibanna gas until the weak molecular bonds of the gas break down. Once that occurs, a second beam of photons is introduced. This excites the free molecules to such a high temperature that the electrons on the individual atoms break away and the gas becomes plasma. These pockets of plasma are retained in a small magnetic bottle at the base of the turbolaser barrel, until the moment the weapon discharges.

The "turbo" prefix seems to simply refer to the fact that the gun is more powerful than a standard blaster or laser, combining the two technologies.

Moving down the canon scale, the New Essential Guide to Weapons and Technology gives us some specifics on the power of a turbolaser over a conventional laser canon. Note that that description of how it works is slightly different from the one above but there's still a laser being used to actuate the blast in the "Galven coils".

Turbolasers are two-stage supercharged laser cannons. The small primary laser produces an energy beam that enters the turbolaser's main actuator, where it interacts with a stream of energized blaster gas to produce an intense blast. The energy bolt's destructive power is incredible, and the barrel's galven coils focus the beam, providing a range that is double or triple that of conventional laser cannons. Turbolasers also can target planetary surfaces for devastating ground bombardments. 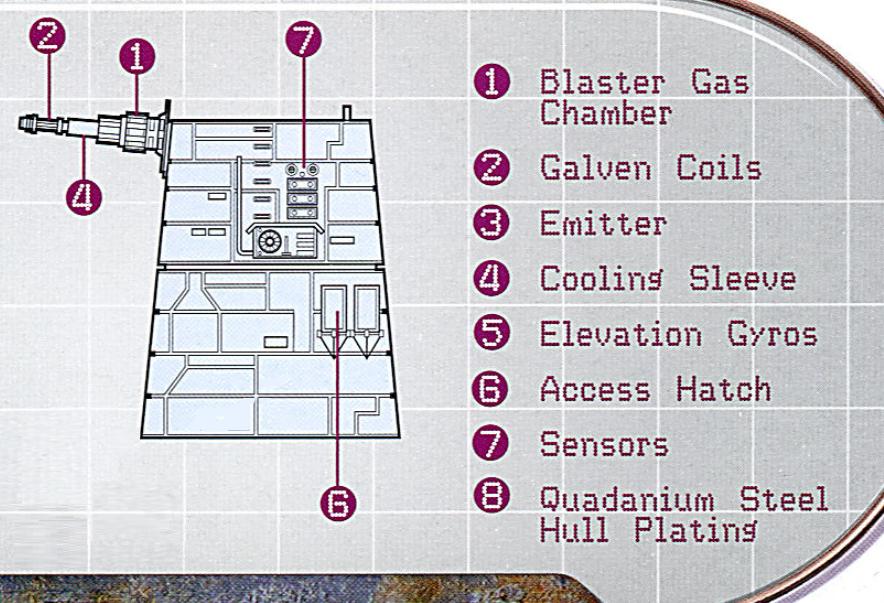 share|improve this answer
edited Feb 4 at 21:18

According to the Wookieepedia entry for Turbolaser:

The turbolaser was the immensely scaled-up version of the blaster and laser cannon.

So it seems to be a catch-all description for very large, high-damage energy weapons.

I say "high-damage" as the disabling Ion Cannons seems to be counted as a distinctive category.

"Order the defense towers to fire ion cannons and turbolasers at will!"

share|improve this answer
edited Feb 4 at 21:18

69
Why do blaster bolts move slower than the speed of light?
-1
Why are cannons stopped by shields?
0
Snoke's ship weapons

36
Why wasn't Han Solo suspicious when he first dived Into the Asteroid Cave?
10
How does stun work with blasters in Star Wars?
15
Where do TIE Fighters generate thrust?
19
Why was Boba Fett considered the greatest bounty-hunter in the galaxy?
27
Why did Admiral Piett allow the Shuttle Tydirium to pass?