In Star Trek, which planet was 'forcibly relocated' twice by the scriptwriters?

In one of the Star Trek nitpickers guides, Phil Farrand notes that there was a planet which was on the Federation side of a border with a hostile alien species. After a cease fire and neutral zone was established, the planet was on the wrong side of the border so the colonists were ordered to move, which they did unhappily.

A generation later in a subsequent Star Trek TV show, a planet with the exact same name was on the wrong side of a different border. Rather than the most likely explanation that the script writers were lazy and made a mistake, Farrand notes that its more fun to imagine the colonists re-settled a new planet and named it after the old, only to have the Federation come in and yet again forcibly relocate them, giving good justification for their dissatisfaction and anger.

What planet was this?

I believe you're slightly mis-remembering what Farrand was talking about. It wasn't the name of the planet, rather it was a visual effect / matte painting.

I believe this is the exterior shot in question (this is from the DS9 episode mentioned above). 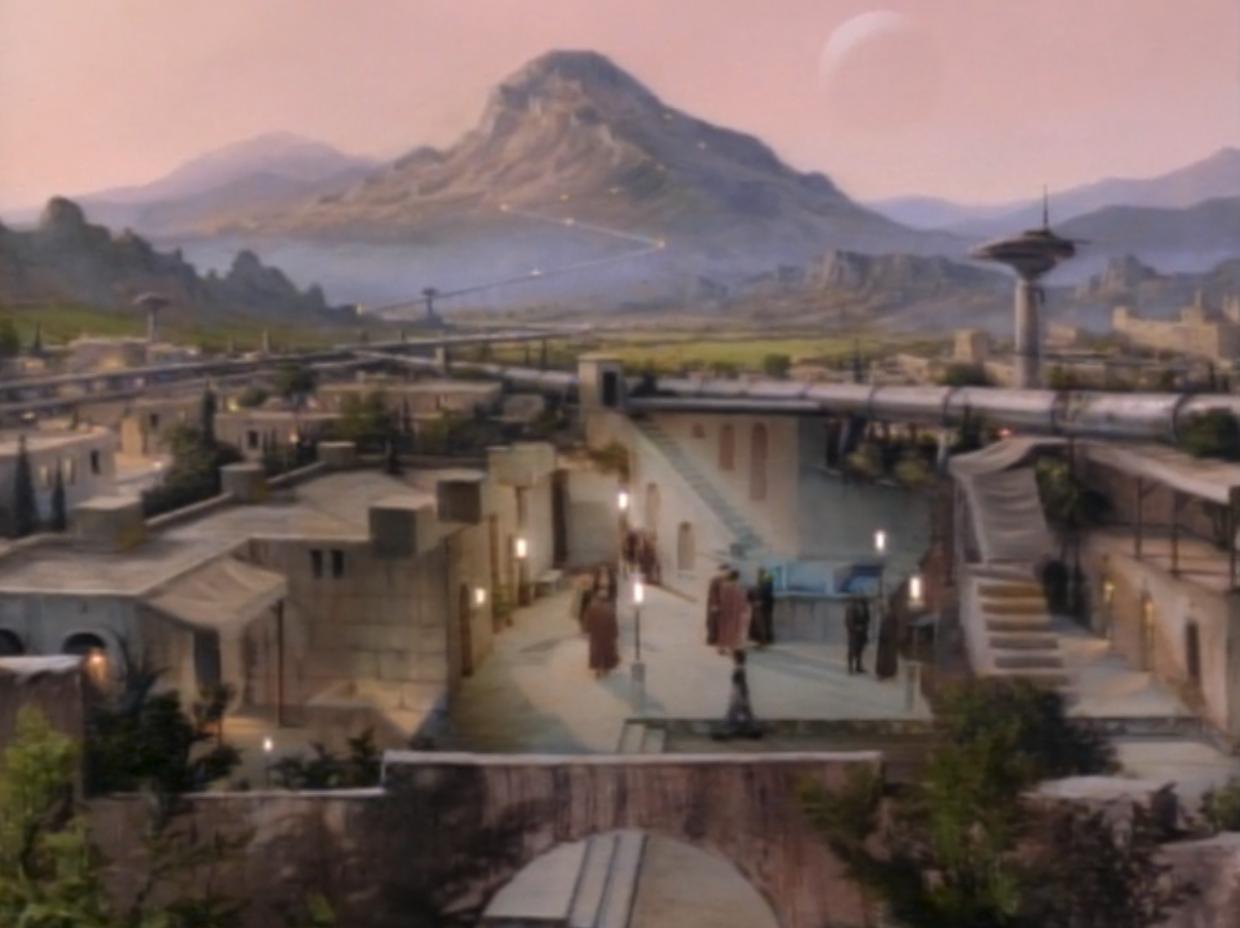 And here is the same background from the Next Generation episode 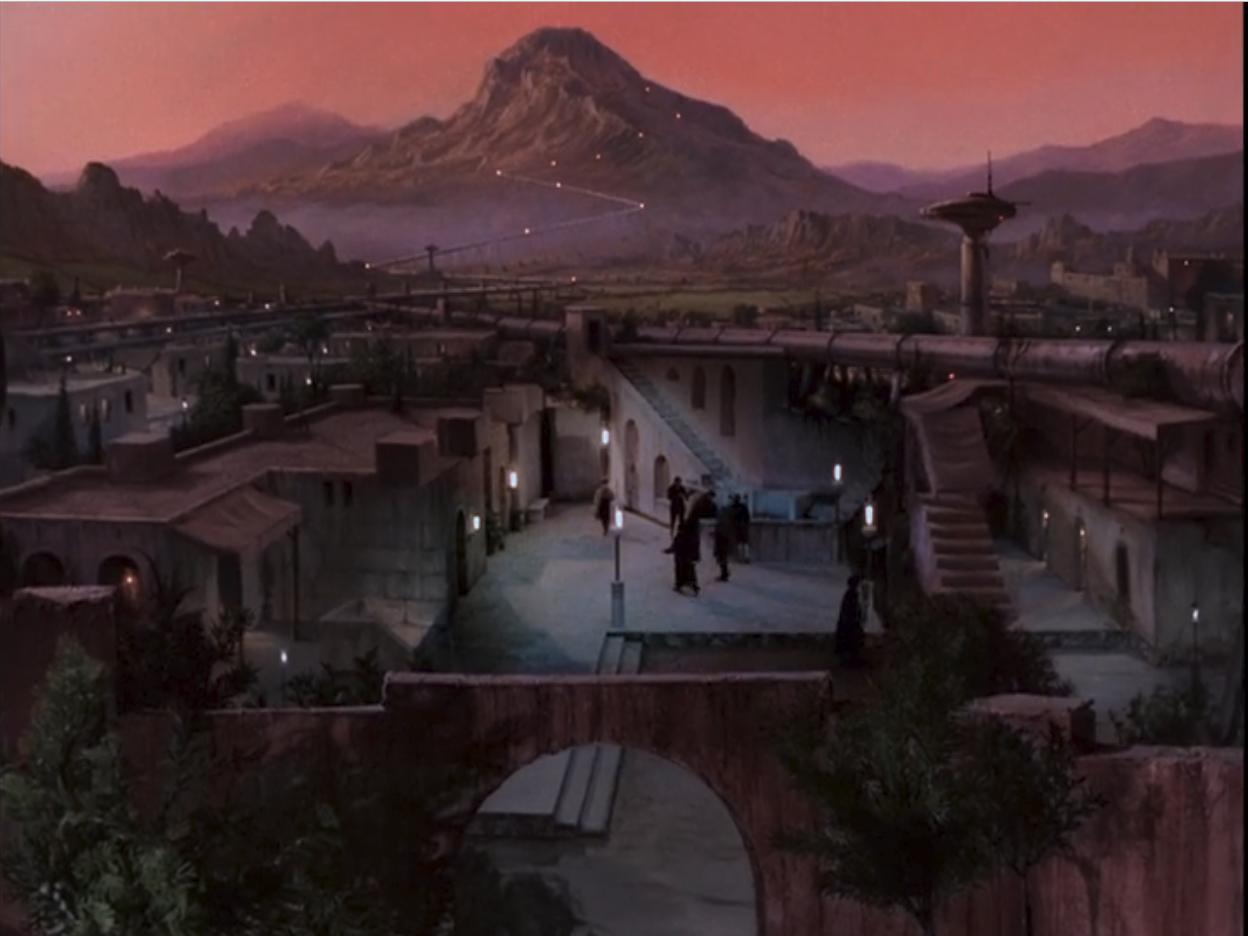 Other than the moon in the DS9 episode and a slight difference in color shading, they look the same.

Not the answer you're looking for? Browse other questions tagged star-trek production or ask your own question.

20
How does the Federation determine how to set their clocks?
24
How big was the Vulcan state before they joined the Federation?
35
How long would it take the Defiant to travel from DS9 to Earth (or vice versa)?
22
Which (non-Earth) planet appears in the most Star Trek episodes?
12
Has there ever been a warp / non-warp collision?
1
Why are Star Trek Federation ships white?
10
How did Lt. Stiles know that Romulan ships are painted with a bird of prey?
4
How did Admiral Dougherty obtain a cloaking device?