Do Starfleet communicators require a server?

Do we ever find out, anywhere in Star Trek, whether standard-issue Starfleet communicators (e.g. TOS-era handheld communicators or TNG-era commbadges) require a server to communicate (like a cell phone), or whether they are capable of direct peer-to-peer signaling, without the intervention of any server/trunked system (e.g. based on a starship, satellite, land base station, etc.)?

For example, if two Starfleet officers were stranded an arbirary distance from Federation resources, without anything except the clothes on their backs and their commbadges, could they communicate with each other over a reasonable distance, or would they get "no service" error messages or similar?

If a Starfleet communicator can be reconfigured on the fly to serve as a server/hub for communicator networking, that counts as an answer (e.g. "Our ship just blew up and we are alone, so let's reset our communicators to not depend on our lost ship. Lt. Jones, tap the code onto your communicator to set it to Server Mode, and everyone else sync to his").

If we look at the few times in various series when everyone was far removed from compatible technology, we find that they can work just fine without. Off the top of my head, in TNG episode Time's Arrow (pt 2), while in the hospital ward Dr. Crusher uses her communicator to signal the others- it's not like there was a Federation server kicking around San Francisco in the 1800's. 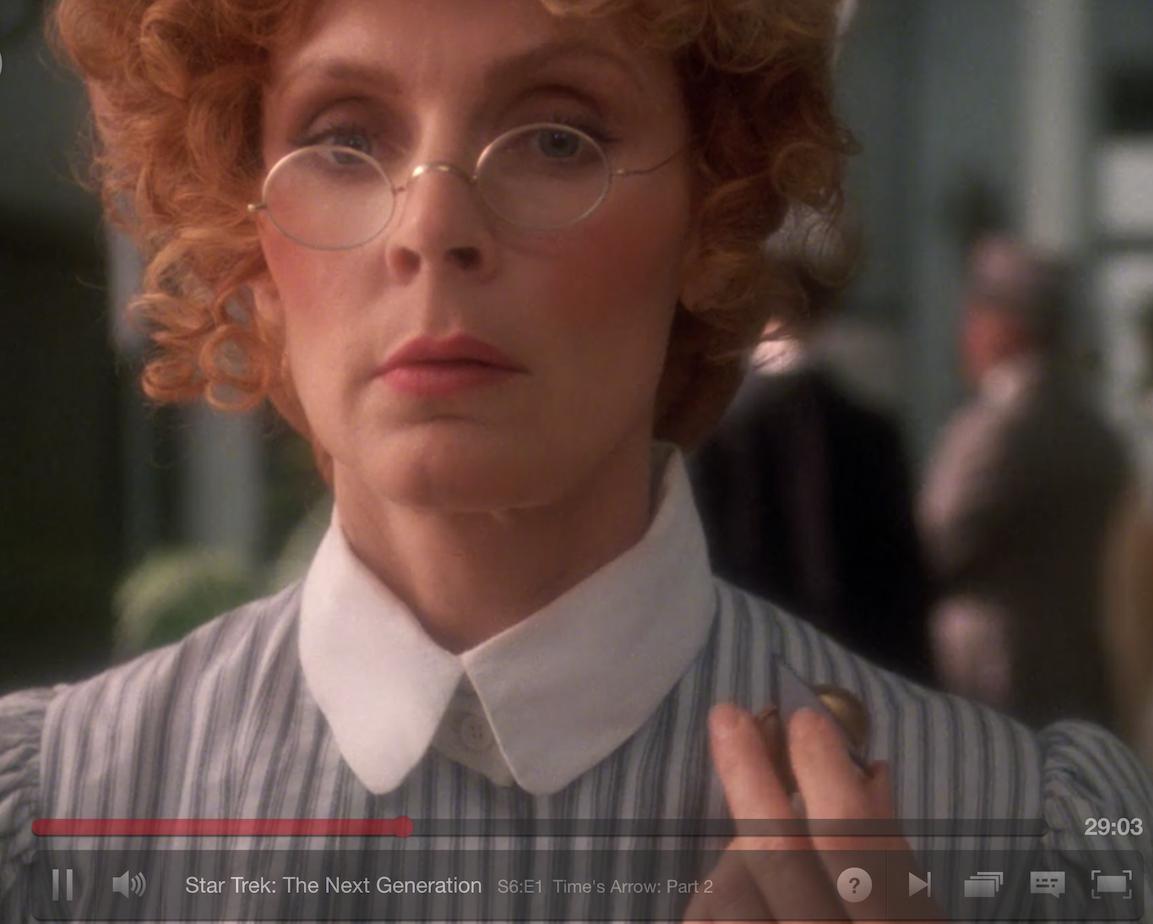 There is also ST:IV, where the Enterprise crew uses their communicators while on Earth in the 80's. Yes, while it's true that the Klingon Bird of Prey they had could have acted as a server, given the unfamiliarity of the ship, they probably didn't use it in that capacity.

In the instances when they couldn't use communicators, it's usually due to some other external factor- dampening fields, phase shifting, etc. Probably along the lines if the ship can't scan it or inside it, then communicators are also worthless.

I would say, no, they probably don't need a server.

But in the TNG episode "11001001" the Enterprise, at Starbase 74 orbiting Tarsas three, develops an emergency, weakening of antimatter containment. The Enterprise is evacuated and warps away, with Picard and Riker in the holodeck unaware of the situation. As I remember, after Picard and Riker learn of the problem they use a combadge to communicate with Starbase 74 over interstellar distances. But the transcript doesn't say how they call Starbase 74, with combadges or using the ship's communication system.

I guess that if they use the combadges when inside the Enterprise the signal might have been boosted Enterprise's communication system. But that episode always seemed to me to show that, surprisingly, the combadges could work over interstellar distances.

Due to the size of the combadge, its working range was limited to five hundred kilometers, although a starship could boost the signal to bridge larger distances. (TNG: "11001001")

According to Search Star Trek Scripts the word "combadge" appears only twice in all of TNG, and never in "11001001".

And the transcript of "11001001" doesn't seem to have any discussion of combadge abilities, implying that Memory Alpha deduced it from the episode.

Not the answer you're looking for? Browse other questions tagged star-trek communication or ask your own question.

9
How do Starfleet comm badges know how to connect between personnel?

20
Why are transmissions in StarTrek sometimes real-time, but sometimes require significant time to reach the destination?
18
Is there an in-universe explanation for how mobile communicators stop listening in TNG?
3
Did Gary Mitchell require food and water?
24
Grammar and quality check for a Klingon warning notice for server room
3
"Cause and Effect": Why didn't the Enterprise check with a Starfleet "time beacon" earlier on?
5
Do non-Starfleet communicators also have Prescient Routing Tech?
9
How do Starfleet comm badges know how to connect between personnel?
11
Why do these communicators from Star Trek differ?
17
What is the communications range of a standard Starfleet combadge?
14
Who uses combadges other than Starfleet and Bajoran Militia?