Can Ministry officials Apparate inside Hogwarts?

In the recently launched trailer of Fantastic Beasts: The Crimes of Grindelwald, there are people Apparating inside Hogwarts grounds.

As these people later question Professor Dumbledore, it seemed they were Ministry officials.

Have we ever encountered such Apparition before? Or, was this anti-Apparation charm put into place in recent times?

No Ministry official actually Apparates into Hogwarts or Disapparates from Hogwarts in the movie.

In “Fantastic Beasts: The Crimes of Grindelwald, Ministry officials do go to see Dumbledore at Hogwarts, but they entered through the door, not by Apparition.

“The class laughs. The door opens. TRAVERS, THESEUS, and four other AURORS enter, YOUNG MINERVA MCGONAGALL behind them.

MCGONAGALL
This is a school, you’ve no right—

TRAVERS
I’m the Head of Magical Law Enforcement and I have the right to go wherever I please.
(to the students)
Out of here.”
- Fantastic Beasts: The Crimes of Grindelwald

They also all leave through the door, they don’t Disapparate.

“TRAVERS
From now on, I shall know every spell you cast. I’m doubling the watch on you, and you will no longer teach Defense Against the Dark Arts.
(to THESEUS)
Where’s Leta? We need to go to Paris!

He storms out. The AURORS follow. THESEUS is last to the door.”
- Fantastic Beasts: The Crimes of Grindelwald

So no instances of Ministry workers either Apparating into or Disapparating from Hogwarts are seen in the movie.

Answer as written before the release of “Fantastic Beasts: The Crimes of Grindelwald”.

Ministry workers aren’t said to be able to Apparate at Hogwarts.

There’s nothing in either the books or movies that says that Ministry officials are able to Apparate onto Hogwarts grounds. It may be said in the new movie that the Ministry of Magic has the power to bypass protection from Apparition. However, in both the books and movies, we never see a Ministry official do it, even when they’re “opposing” Hogwarts.

The protection against Apparition might not extend to the bridge.

When Snape tries to escape from Hogwarts after carrying out his promise to Dumbledore that he’d kill him, Harry tried to stop Snape and Draco from reaching the gates, because once they get past the gates they’ll be able to Apparate.

“And now he saw the vast outline of Hagrid, illuminated by the light of the crescent moon revealed suddenly from behind clouds; the blond Death Eater was aiming curse after curse at the gamekeeper, but Hagrid’s immense strength, and the toughened skin he had inherited from his giantess mother, seemed to be protecting him; Snape and Malfoy, however, were still running; they would soon be beyond the gates, able to Disapparate –”
- Harry Potter and the Half-Blood Prince, Chapter 28 (Flight of the Prince)

It’s possible if the bridge is outside the main part of the Hogwarts grounds, that the protection doesn’t encompass the bridge, so they could Apparate onto the bridge and walk the rest of the way.

From just looking at the bridge (both me and two close friends looked at it), it seems like it could be an “entryway” bridge.

The virtual Hogwarts on Pottermore (available to anyone with an account has a bridge that matches the one in the trailer as the entrance. 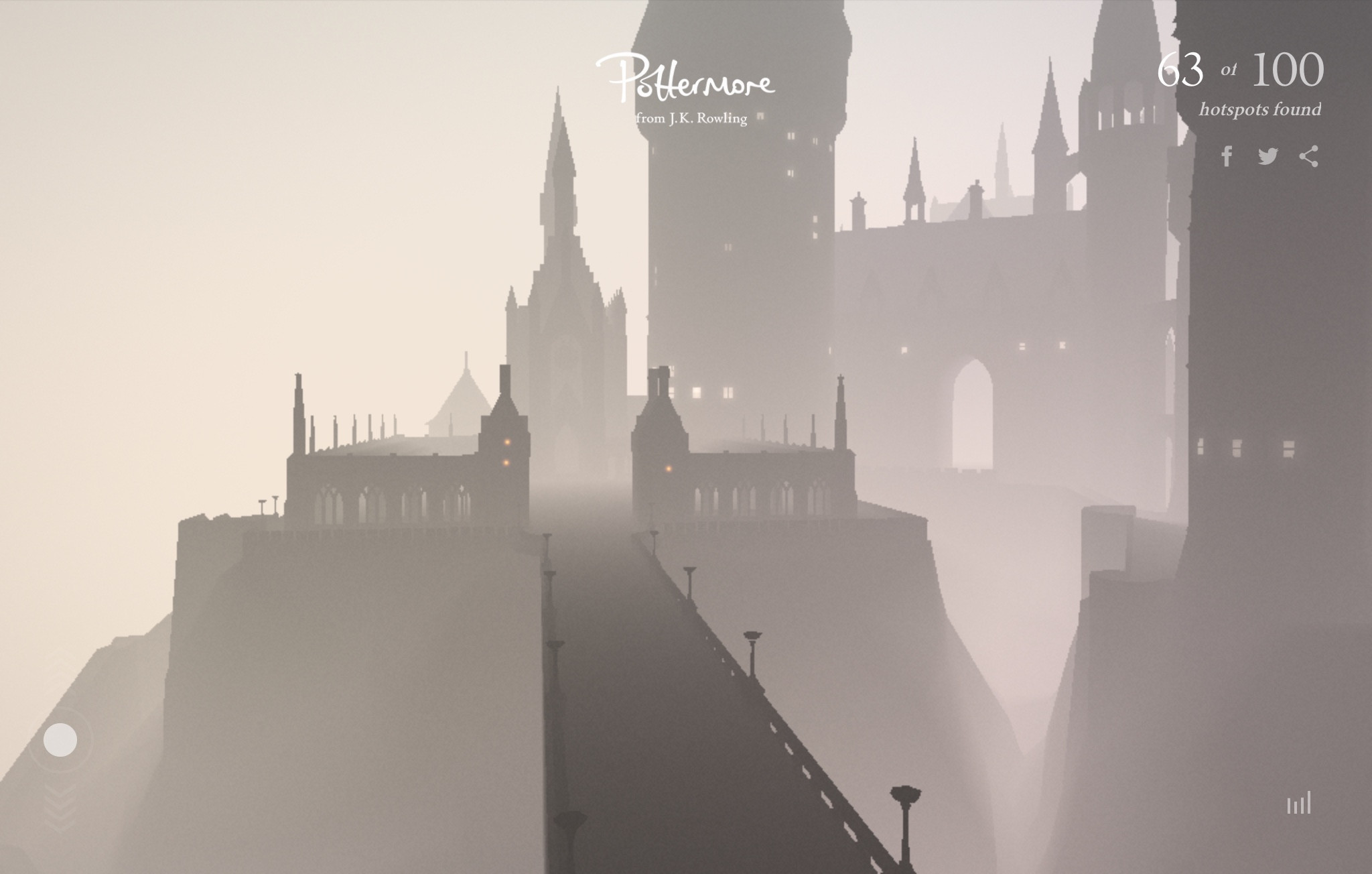 The Rules of Apparition at Hogwarts

Anti-Apparition Charms are as old as Hogwarts

Some rode broomsticks (a difficult feat when carrying trunks and pets); others commandeered enchanted carts and, later, carriages; some attempted to Apparate (often with disastrous effects, as the castle and grounds have always been protected with Anti-Apparition Charms), others rode a variety of magical creatures.

Hermione about the Jinxes

"In any case, most Wizarding dwellings are magically protected from unwanted Apparators. At Hogwarts, for instance —"

"— you can’t Apparate anywhere inside the buildings or grounds," said Harry quickly. "Hermione Granger told me."

We know that the jinxes were removed to allow some Apparition training in the Great Hall. That happened in HP 6.

So how does it come, that they can Apparate in the movie trailer at Hogwarts grounds?

In Harry Potter timeline, Apparition in and out of Hogwarts is blocked by a spell maintained by the current Headmaster (Dumbledore).

“ In any case, most Wizarding dwellings are magically protected from unwanted Apparators. At Hogwarts, for instance —”

“— you can’t Apparate anywhere inside the buildings or grounds,” said Harry quickly. “Hermione Granger told me.”

Apparently, Hermione Granger had read it in "Hogwarts: The History".

In Book 6 (Half-Blood Prince) it is temporarily lifted for students to practice Apparition.

As for your example:

Perhaps the officials were using some sort of beast.

Here's a possibility that no-one seems to have mentioned: There's a known loophole to the anti-apparation law. House-elves CAN apparate in and out of Hogwarts. Presumably other animals can do so as well. In fact we see Fawkes doing something similar in OOP:

Fawkes circled the office and swooped low over him. Dumbledore released Harry, raised his hand, and grasped the phoenix’s long golden tail. There was a flash of fire and the pair of them had gone.

Considering the film is titled 'Fantastic Beasts', I don't believe it too farfetched to consider they used this loophole.

Given that the film is set in the past, it is possible that the anti-Apparition spell hasn't yet been applied to Hogwarts. Possibly something in the film happens that creates a need for such a spell (like this).

5
What happened for them to ban Apparition in Hogwarts?
2
How can it be that wizards Apparate into Hogwarts in the trailer to Fantastic Beasts: The Crimes Of Grindelwald?
34
Who wrote Hogwarts: A History?
30
How exactly did Ron and Hermione get out of the Chamber of Secrets during the Battle of Hogwarts?

8
Why isn't entry through the floo network protected like entry through apparition?
26
Why are people surprised that Hogwarts is non-apparateable?
13
How famous was Dumbledore before 1945?
6
Was Albus Dumbledore the member of the Wizengamot during the late 1920s?
8
What did Dumbledore teach?
6
Why didn't Dumbledore simply tell Ministry officials the truth about Blood Pact?
4
How did the Aurors Apparate directly into the Hogwarts grounds in The Crimes of Grindelwald?