I'm looking for the title of the short story, and any of the volumes of anthology it may have appeared in. I know for SURE it's in one of Jerry Pournelle's anthologies, either Star Empires and There will be War, but as I have all the eBook version of THere will be war, I'm almost certain it wasn't there.

Anyway, the book is about a Commodore who went back to the academy to visit. I'm not sure what his name was, but I'm pretty sure he lived at "Mercer Hall". He had 2 roommates, and a butler to take care of all their needs, like putting away their stuff. (He even tried to argue with the hall monitor) The butler once took away their bottle of booze UNTIL they study for mid-term, and only gave it back AFTER they wrote to their mother AFTER the exam.

The book also goes heavily into "Bless you!" or the translated version, "May the great cosmic magnificence be benevolent toward you" or something like that. Basically, it's about as inoffensive as possible, and if you say it enough, and the aliens are reasonable, they will give up and things will resolve peacefully.

My Google-fu is weak and I can't find this particular story, or which volume of anthology was it in.

This is "Minor Ingredient" by Eric Frank Russell.

Mercer was the name of the housemaster (there is also a butler named Billings), and the hall was called Mercer's House.

The description of the doors to the house ends

And underneath in small neat letters the words: "God bless you".

It was in the Pournelle anthology "Republic and Empire". 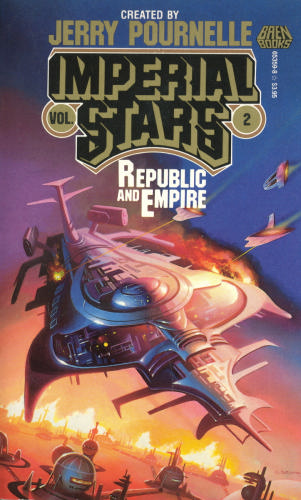 Not the answer you're looking for? Browse other questions tagged story-identification short-stories jerry-pournelle or ask your own question.