This was an anime about a kid who accepts a video game from a stranger. The game was in a shape of a Nintendo-64 diskette (or something similar). The boy turns on the game and gets sucked into it, then a girl appears, the person who actually gave him the game in the first place, her name is Coco or Choco or Mocha, something related to chocolate or sweets.

She has another female friend as well, they eventually (like in the 1-3 episodes) find that boy another boy partner, with which he pilots a big robot and fights against the bad guys from that world.

If I remember correctly, this anime had more than one season with the second season being another boy meeting another girl (with a similar sweets name) and pretty much the same story.

The main character, Ramune, gets a video game from a strange girl: 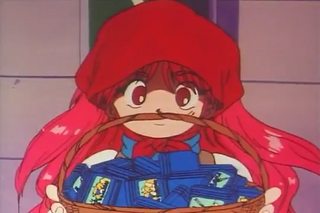 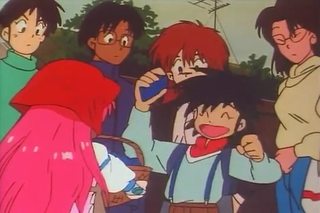 By the way, the game is actually meant to be a Famicom (original Nintendo Entertainment System) cartridge, since the game long pre-dates the N64. The Super Famicom (SNES) was released in Japan while the series was airing from early 1990 to early 1991, so the NES was the latest Nintendo console when the series started. 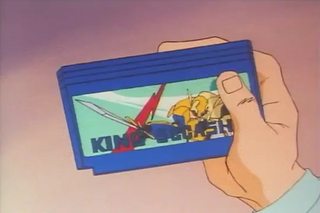 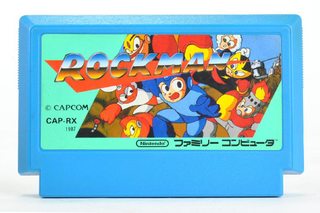 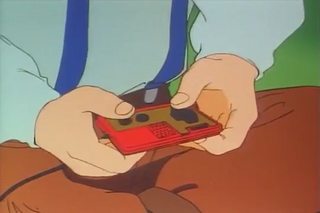 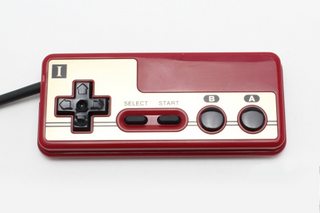 (Oddly enough, he's clearly using the Famicom's player 2 controller, which has a microphone grille and volume control slider added onto the base controller design.)

He plays the game, "King Sccasher", in which he fights in a fantasy world, using a robot of the same name: 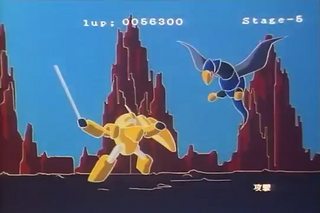 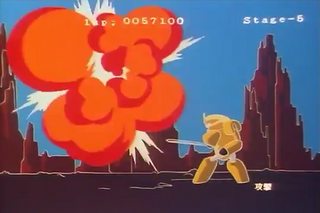 That night, the game draws him into it: 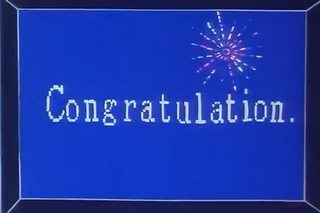 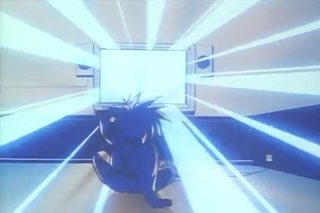 Transporting him to a fantasy world full of beast-people and oversized waterwheels: 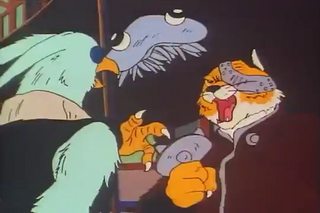 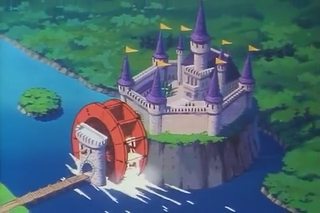 The mysterious girl turns out to be the princess Milk, and he also meets her sister Cocoa.

(In the sequel series, Ramune & 40 Fire, Ramune's son is transported into a fantasy world by girls named Parfait and Cacao.) 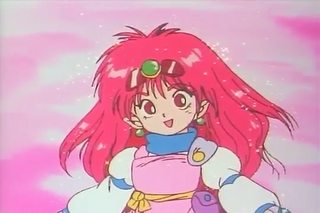 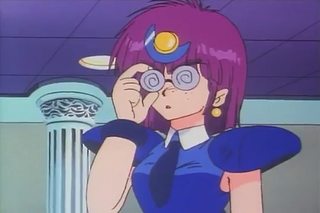 And then he pilots the robot King Sccasher for real: 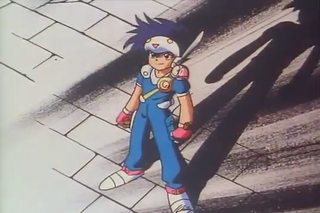 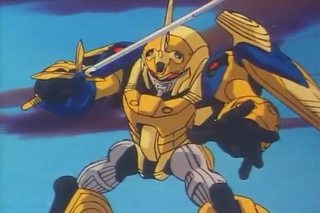 8
Kid gets sucked into a video game or TV show
8
Does anyone remember this old "trapped in a video game" anime?
14
Book about a kid who gets sucked into his computer game
9
90s (or earlier) mecha anime: dormant robot chooses a teenager as its pilot, they fight a dog robot and an ostrich robot
7
Anime/cartoon with kids battling with robots in a game
5
What is the name of the anime kids, mecha and fantasy series with a group of 4?
10
Anime with a boy hiring a creature from a stone, meets a man named Dante and starts a journey to collect crystals
4
Anime in which 4 school children go into a game and rescue the world; they meet a pink-haired girl inside the game who helps them
9
pre 2000 space mecha anime/cartoon very similar to gundam shows
4
An OLD anime about a boy with "demonic" powers joins with 2 others to fight aliens who use humans for genetics experiments