In Revenge of the Sith, in both the novelization and the actual movie, it is heavily implied that General Grievous did not know that the seemingly helpless victim of abduction, Chancellor Palpatine, is in fact his master Darth Sidious. This could be explained by the fact that Grievous never met him in person, and only communicated with Sidious via hologram images and through his apprentice Count Dooku.

But in the comic Star Wars: Darth Maul - Son of Dathomir, Issue No 4, Darth Sidious and Grievous together attack Maul and Mother Talzin. 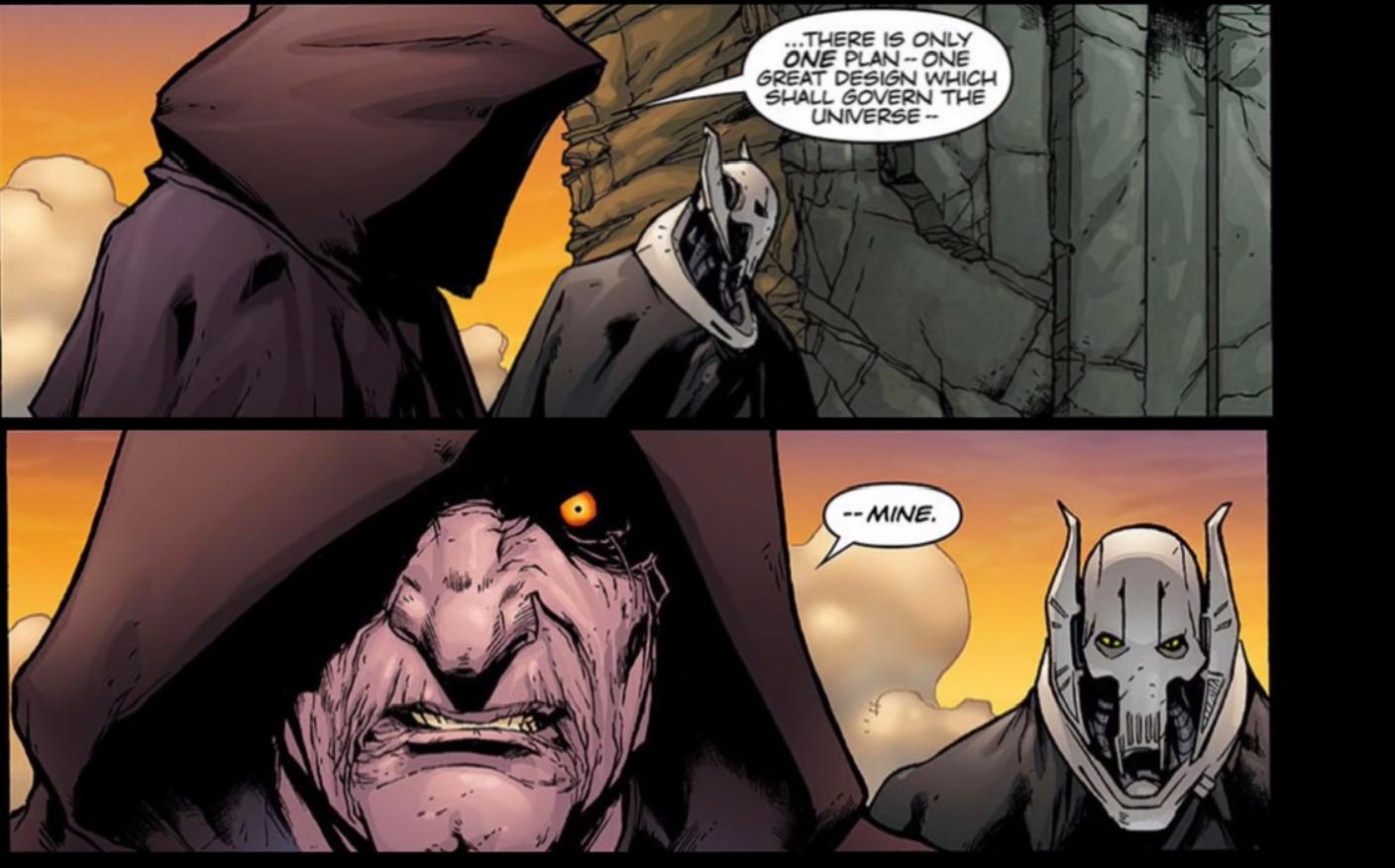 Grievous certainly had a chance to see Sidious's face, which is barely covered with his hood. Considering that Grievous had artificially enhanced sight and memory banks, it is practically impossible that he would not recognize Sidious if he saw him again.

Does this means that Sidious and Palpatine had different faces even before the fateful duel with Mace Windu and his disfigurment with Force Lightning?

I'd prefer the canon level to be as recent as possible, but if there is not a canon answer using Legends would be fine.

Palpatine / Darth Sidious used a technique of Sith Alchemy to hide his features called "mask", this mask could change the appearance of a being from the molecular level and render the changes undetectable.

Explanation about the mask

During his confrontation with Mace Windu, Palpatine's appearance changed as he was hit with his own Force lightning deflected from Windu's lightsaber. Palpatine went from being a handsome middle-aged man to having a deeply lined face with burning yellow eyes, scarred grayed skin, and rotten teeth. What caused this radical change of appearance has been the subject of much debate.

In Jedi Counseling 71, published in 2005 on the website for the Wizards of the Coast Star Wars Roleplaying Game, Star Wars roleplaying game author Gary M. Sarli was asked what exactly happened to Palpatine's face:

Is he scarred, or is he dropping a disguise?

"There are problems with both these ideas: The idea that he was physically damaged by the Force lightning doesn't match Return of the Jedi. Luke was being hit by Force lightning for some time, and he wasn't scarred like that.

On the other hand, if Palpatine was using an Illusion-assisted Disguised check… he couldn't possibly keep it up continually. Moreover, Illusion is a mind-influencing Force power. It doesn't work on droids or recordings (in other words, someone might notice that he doesn't look the same in recorded speeches), nor would it work when projecting a holographic image across the galaxy. Finally, one would wonder why he maintained the illusion in his earlier holographic appearances as Darth Sidious. It would seem more prudent to "turn it off" to preserve the Palpatine identity."

Furthermore, according to the roleplaying game stats he presented in response to the question, this was considered different from a mundane disguise (which was temporary) or cosmetic surgery (which needed much more time to use).

Instead, this alchemical mask altered the subject at the molecular level, rendering the subject's genuine appearance undetectable by sensors or even by a medical examination. The mask could be dispelled by another dark-side power—in Palpatine's case, Force lightning—and should the subject fail to repel the dispelling power, the mask would be dropped and the subject's true face would appear.

The sudden transformation would physically distort the subject with dark-side energies, making any future attempt to use the "mask" ability, even to create a mundane disguise, far less successful.

Grievous, at the time of the comics did not see the face of Palpatine, the benevolent and grandfatherly figure of the chancellor, but the distorted face of Darth Sidious, dark lord of the Sith. At that moment, no mask was on, Sidious let Grievous sees his real face.

At the time of Revenge of the Sith, Sidious put his mask back to become once more Palpatine thanks to the ancient techniques of Dark Side Alchemy.

That's why Grievous did not recognize Darth Sidious as Palpatine, because to him those were 2 very different men.